BrewDog is a multinational craft beer company founded in Aberdeenshire in 2007. As one of the fastest growing beverage brands in the world, the Scottish brewer is constantly expanding and required a refrigerated space to store and chill their evolving range of boldly flavoured craft beers, from which to distribute to supermarkets, stores, pubs and outlets across the world. With that ambition in mind, the company purchased an 80,000m3 warehouse at the Eurocentral complex which offers unrivalled access to Scotland’s central road network.

Having acquired the new warehouse to use as a distribution centre, BrewDog commissioned Star to deliver a brand-new plant capable of chilling to +5oC at a price that was cost-effective for the company. BrewDog also specified the use of natural refrigerants to avoid harmful F-gas solutions, thus safeguarding the site against future regulations and enhancing its overall safety and environmental credentials.

Star was responsible for every aspect of the plant’s development from the design and supply, through to installation and commissioning. Given the proximity of Star’s branch in Bellshill just five miles away, the company was uniquely positioned to rapidly respond to BrewDog’s requirements and queries at all times.

BrewDog are already familiar with Star Refrigeration after the company enlisted the help of Star Technical Solutions (STS) back in 2017. Star consultants determined the brewery’s current refrigeration load and spare capacity ahead of increasing production with the construction of a new £20m brewery in Ellon.  Euan Duncan, Technical sales engineer at Star Refrigeration, said, “We’re delighted to be working with BrewDog once again. Through the successful delivery of Europe’s first fully refrigerated beer warehouse, we’ve demonstrated how Star are committed to pushing the boundaries of what is possible in the refrigeration industry and helping our customers take their business to the next level.”

Star’s proposal was based on the use of a direct expansion CO2 refrigeration system in conjunction with six off-air coolers within the chamber. The CO2 plant is designed for a duty of 480KW based upon a chamber temperature of +50C and a design ambient temperature of +300C.

The CO2 refrigeration package is a standalone system located on the exterior of the building and connected to the coolers via pipework. It includes reciprocating compressors, an air-cooled gas cooler with variable speed fans, an interstage vessel, subcooler and electrical panel with PLC controller. Liquid CO2 from the package is supplied to coolers within the warehouse where it evaporates, removing the heat from the room, before returning to the pack as vapour. The use of CO2 means that smaller pipework can be used to distribute cooler around the facility, helping to save installation and steelwork costs.

The pipework was fully insulated to Star’s standard specifications and feeds each of the six air coolers, which are controlled by a panel located in the adjacent ambient area. The air cooler casework has a galvanised steel finish and honeycomb air straighteners have been designed with a five degrees angle upwards, to achieve the necessary air throw and make full use of the beneficial attributes of the Vortex building.

CO2 was deemed safer and more cost effective at this particular site and application. It is already present in our atmosphere and it is futureproofed against the f-gas environmental legislation. Also, itdoes not carry the hazards linked to other refrigerants such as ammonia and can directly cool the building without the addition of a secondary fluid such as glycol, which would have required a lower evaporating temperature, thus reducing efficiency.

The reduced dimensions of the equipment involved and the lightweight nature of the coolers and pipework meant that the CO2 plant was significantly lighter and less intrusive than alternative solutions. Given the building’s structural restrictions, the limited weight impact proved to be a key USP in the eyes of BrewDog.

Overall, Star’s solution translated into financial savings as the chosen setup resulted in a price per watt of just one pound, or around a 30% cost reduction in comparison to a traditional ammonia glycol system.

The successful design, supply, installation and commissioning of the plant offers BrewDog the capability to take full control of their beer’s temperature controlled storage and distribution, allowing them to service the craft beer industry in a manner not currently being offered by their rivals. With the plant now able to maintain optimum temperatures within the distribution centre, BrewDog’s craft beer will be delivered to the consumer without losing quality or flavour.

Niall Murphie, Global Head of Engineering at BrewDog, said, “Star Refrigeration delivered an energy efficient, financially viable and environmental responsible solution. This allow us to remain uniquely placed to serve the needs of beer lovers all over the country and beyond, helping to spread our passion for craft beer to every corner of the globe”. 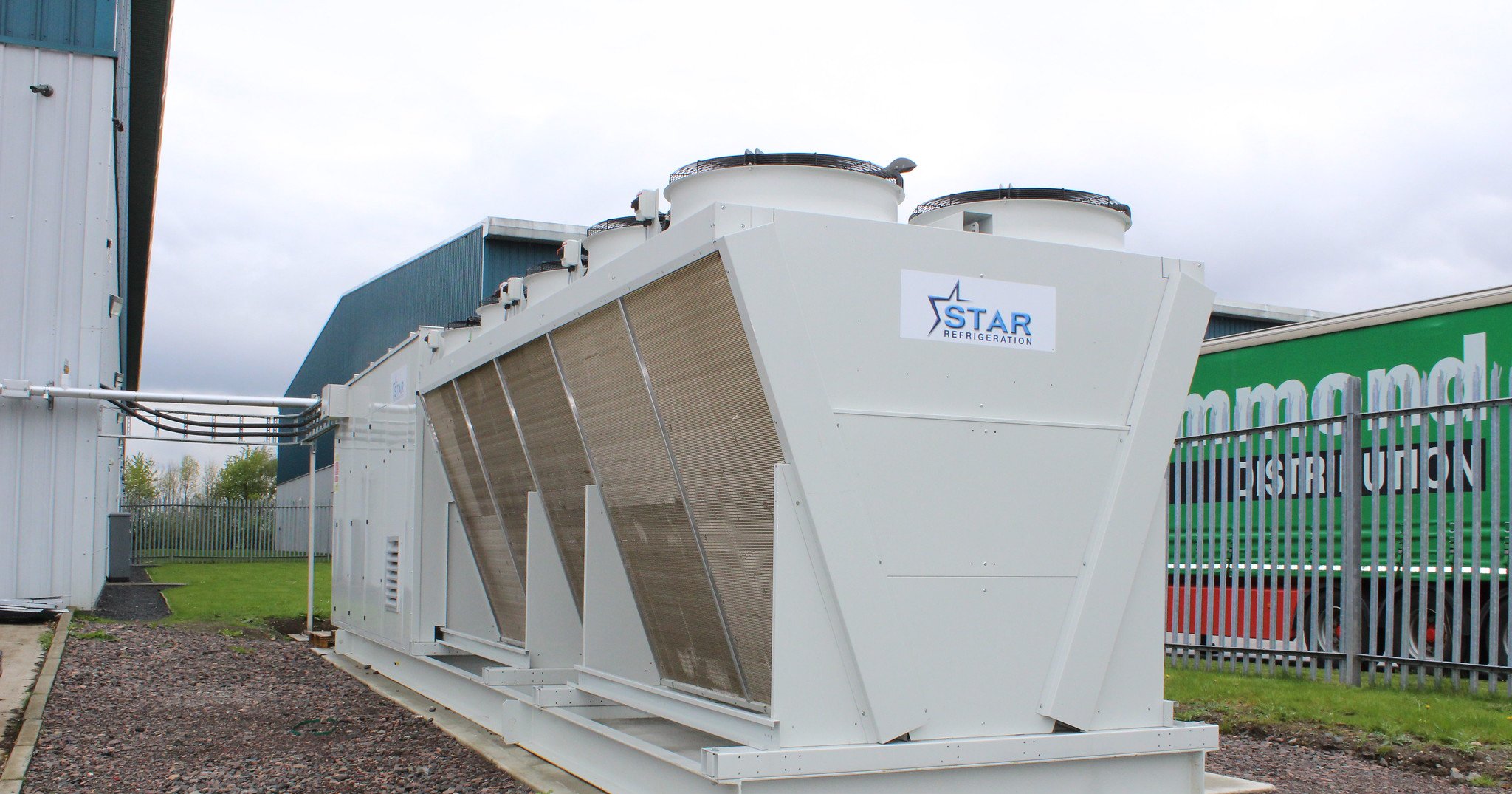