Scottish craft beer company BrewDog looks inside the health of their refrigeration system and analyses spare capacity for potential expansion plans with the help of Star Data Analytics.

BrewDog is a multinational craft beer company, working with largest independent brewery in Scotland, BrewDog, Star Data Analytics measured the operation of their R410A chiller and provided advice on the load, load profile and spare capacity of the refrigeration plant in advance of the brewery increasing production.

BrewDog is based in Ellon, Aberdeenshire. Founded in 2007, the brewery now produces around 70,000 bottles of craft beer a day. The company is well-known for “turning  the traditional business model on its head and giving thousands of people a front row seat to the craft beer revolution” with the launch of Equity for Punks in UK fundraising website Crowdfunding. The company is rapidly expanding and now has their best selling beer Punk IPA in Scandinavia, Japan and Brazil.

Niall Murphie of BrewDog says, “Our expansion, especially over the past 5 years, has been rapid and we’ve needed to ensure our equipment is ready to meet demand.

We commissioned Star Data Analytics to measure operation and performance of our existing chillers so that we could gain a better insight into refrigeration load and spare refrigeration capacity ahead of increasing production.”

The existing 340KW chiller cools glycol to an average temperature of -3.5°C. With the aid of a live monitoring device, Star Data Analytics remotely monitored sensor readings that were relayed every ten minutes using the 3G mobile network. The data was monitored from the 2nd of May for 3 weeks

and combined with Met Office weather data from Aberdeen Airport.

First, the load profile was calculated – this was done using a combination of compressor power, suction pressure and discharge pressure. Over the analysis period, the load profile spiked on a number of occasions but was below 220kW 99% of the time. If the load spikes were able to be removed then capacity would be freed up for use with the future anticipated load.

Plant capacity was then determined against ambient temperature, system design limitations and fan control. Star Data Analytics focused on the worst case coincident load and dry bulb in order to determine condenser performance. The total condenser heat rejection was 385KW based on the load of 298KW and the compressor absorbed power of 87 KW. Assuming the condensing pressure was not artificially high this gave an approach of 21.4 K when rejecting 385KW.

Analysis of the spare capacity followed. The load increase to the tanks during summer was minimal due to the process load being dominant. This gave a steady year round level of production (plant load) however the hotter summer ambient lowers refrigeration capacity.

Over the monitoring period, the plant was found to be in good health and appropriately sized for the current load profile. Giving that the full capacity of the refrigeration plant was required to hold glycol temperature, if the Scottish award-winning craft brewery is to expand, this would need to be addressed with a buffer tank and additional refrigeration equipment. Final considerations on the speed of production increase, how the existing will interface with the new and what importance is placed on temperature control all influence future capital purchase decisions.

John Clark, Director at Star Data Analytics, said, “The work we carried out with BrewDog is a great example of how we can give businesses the information they need to make informed decisions regarding plant operation and expansion. By monitoring the compressors and refrigerant pressures we were able to determine the capacity load profile and efficiency and offer recommendations regarding production increase.” 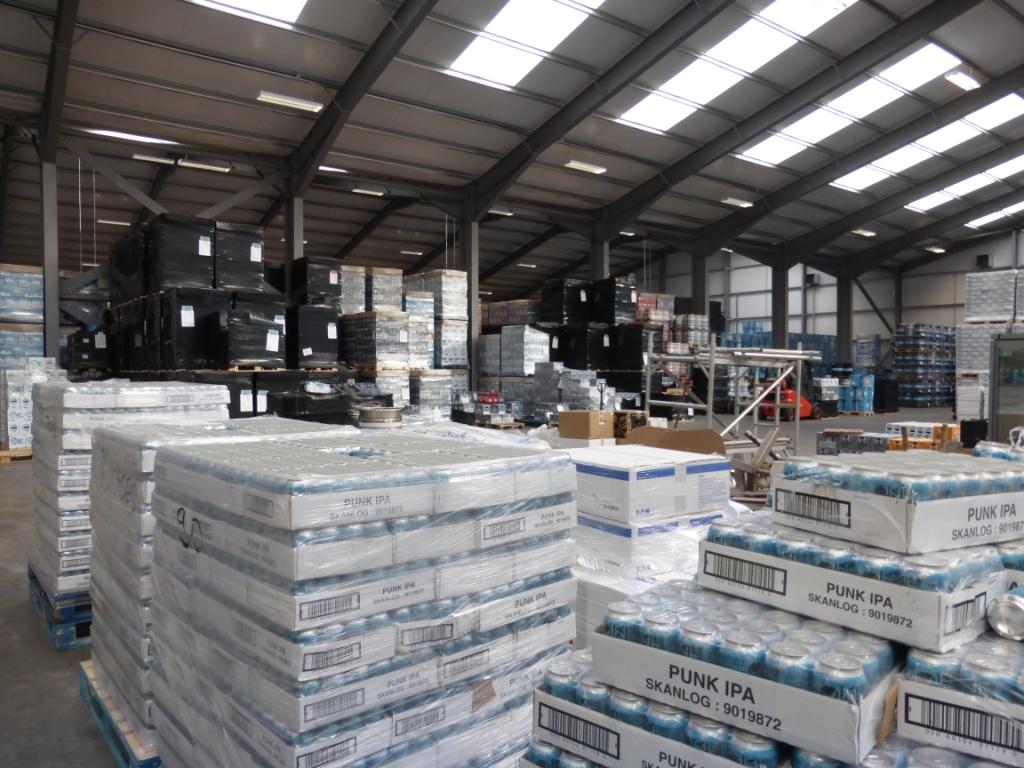