Star Refrigeration has recently completed a project to boost capacity and reduce energy costs for Blackburn based brewer, Daniel Thwaites.

This improvement in efficiency comes from a combination of using an inverter controlled reciprocating compressor in place of the original fixed speed machine and installation on a new compressor sequencing system.

A comparison of fixed speed and variable speed replacement options at the tender stage demonstrated the benefits of using a variable frequency drive (see graph 1). Daniel Thwaites recognised the operating cost benefits from investing in the variable speed option and these have been realised on site following successful plant installation and comparison.

Further enhancement of performance has been achieved through the installation of a new compressor sequencing controller. This measures the secondary IMS cooling medium temperature and sequences starting/stopping of the new inverter driven compressor and two existing fixed speed machines.

Power measure on site demonstrates average weekly savings of around £2,000 on site electricity costs (see graph 2) following installation of the new compressor and sequencer. This results in a payback of less than 18 months based on current energy cost.

“The replacement of our ammonia compressor had the potential to cause issues with production from both a temperature and logistics perspective. The thorough and detailed project management carried out by Star meant that neither of these became and issue. Star’s attention to detail continued through the commissioning stage, right up to running in of the unit during the initial 3 months. Customer queries were dealt with quickly and advice on efficient operation has been essential to reducing our electricity costs, which have been greater than anticipated,” – Thwaites Projects and Utilities Manager, Mick Cockshott.

The Daniel Thwaites installation is just one example of energy enhancing solutions from Star Refrigeration. Others include: 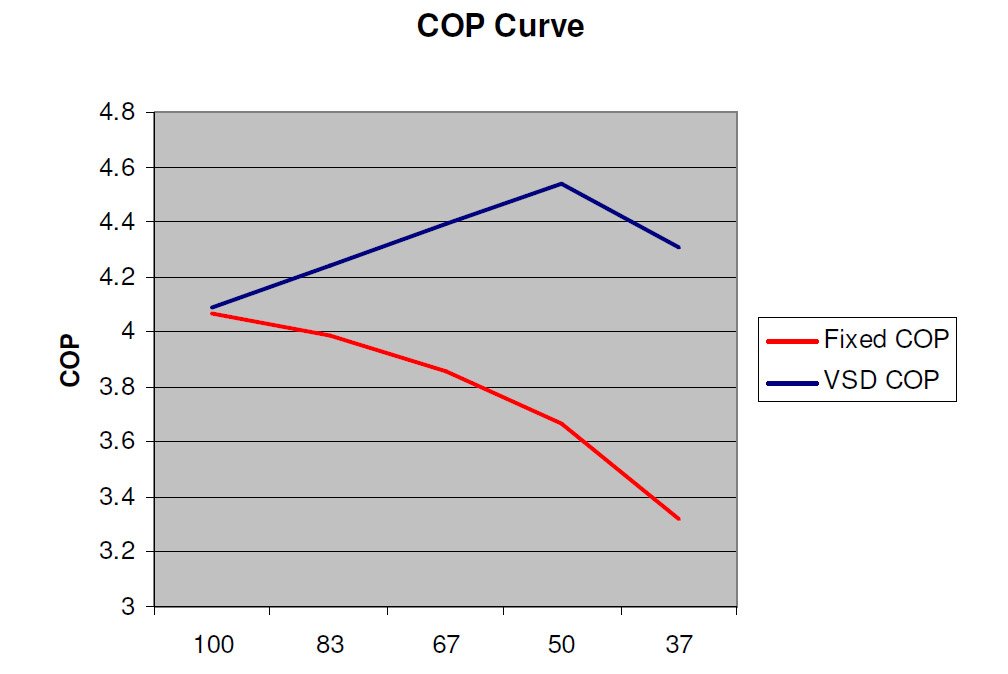