Star Renewable energy is part of a collective which has delivered the UK’s largest air source heat pump in a bid to alleviate fuel poverty in Glasgow’s social housing. Together with Glasgow Housing Association and WSP Parsons Brinkerhoff, Star delivered a district heating system to give low carbon, low cost heat heating and hot water to 351 homes across seven high-rise blocks.

For too long, many western countries with cool or mild climates have relied on outdated heating systems which are expensive, inefficient and result in a heavy carbon footprint. Burning gas contributes to global warming and is unsustainable for the future – gas boilers in new buildings will be banned from 2025. The homes in Hillpark were fitted with electric storage heaters, which were inefficient and expensive to run for the resident.

Air source heat pumps are perfect for the UK’s mild climate as warmth is extracted from the outside air and then boosted up for distribution via a “wet” central heating system to the whole housing community.

This is the first large scale district heating air source heat pump installation in Great Britain to provide renewables as a source of central heating for residential high-rise buildings.

The 400kW Neatpump extracts warmth from the outside air, then boosts the temperature to distribute hot water to the network. It has in-built control systems which allow for remote monitoring, and the heat pump itself weights an impressive 10,000kg. Until now, air source heat pumps were typically only available up to 60kW for single properties – Star’s innovative technology has paved the way for commercial buildings and tower blocks to benefit from low carbon, low cost heat.

The individual properties at Hillpark’s high rise flats are connected via heat interface units to a wet central heating system and thermostatically controlled showers without the need for bulky cylinders. Low surface temperature radiators are used within the rooms, which remove the hazard of burns if someone has direct contact with it – a benefit particularly for elderly residents and children.

The air source heat pump is the primary source at the energy centre, but there is also thermal storage which collects excess heat from the heat pump for use at peak times, therefore reducing the energy bill. Gas can be used as a back-up source of energy if required.

“Heatpumps were not considered at the start of this project as we had never thought it would be possible to work with heatpumps on this scale. However, by working with our partners, we are able to produce a state-of-the-art solution which will deliver real benefits for our tenants. GHA has only worked with small, individual heatpumps which we found to be unsuccessful. However, this is a different beast.”

As the grid decarbonises, the carbon footprint of high temperature air source heat pump is reduced which represents an opportunity to effectively retrofit social housing buildings, new buildings and commercial property alike – all while simultaneously lowering expenditure and slashing carbon footprint by over 53%.

The revolutionary district heating system not only offers efficiency but also longevity, as its lifespan is expected to be around 25 years.

One of the principal benefits of installing a district heating system is its ability to deliver affordable heating. The award winning Neatpump is so efficient that it can deliver hot water and heat at a lower cost than electric and gas. In this example of a 1970s housing estate in Glasgow, residents have seen their energy bills slashed by half because this method of heating is 2.5 times more efficient than the previous electric heaters. For vulnerable households and tenants living in fuel poverty, a district heating system can ease financial pressure and improve health on a large scale when deployed in this way.

Many of the housing stock is below the required standard to meet our Energy Efficiency Standard for Social Housing (EESSH). In the UK, where 3,000 people are needlessly dying each year because they could not afford to properly heat their homes, we still have over 9 million households in fuel poverty, which, in a country as rich as UK is in technological expertise, is unacceptable.

The opportunity to decarbonise the heat sector is also an exciting development. Using proven Neatpump technology to exploit natural resources such as air or water can significantly reduce carbon emissions across the country. With UK’s ambitious target of removing all carbon from heating systems by 2050, integrating heat pumps into the wider energy system could is a vital part of the strategy. 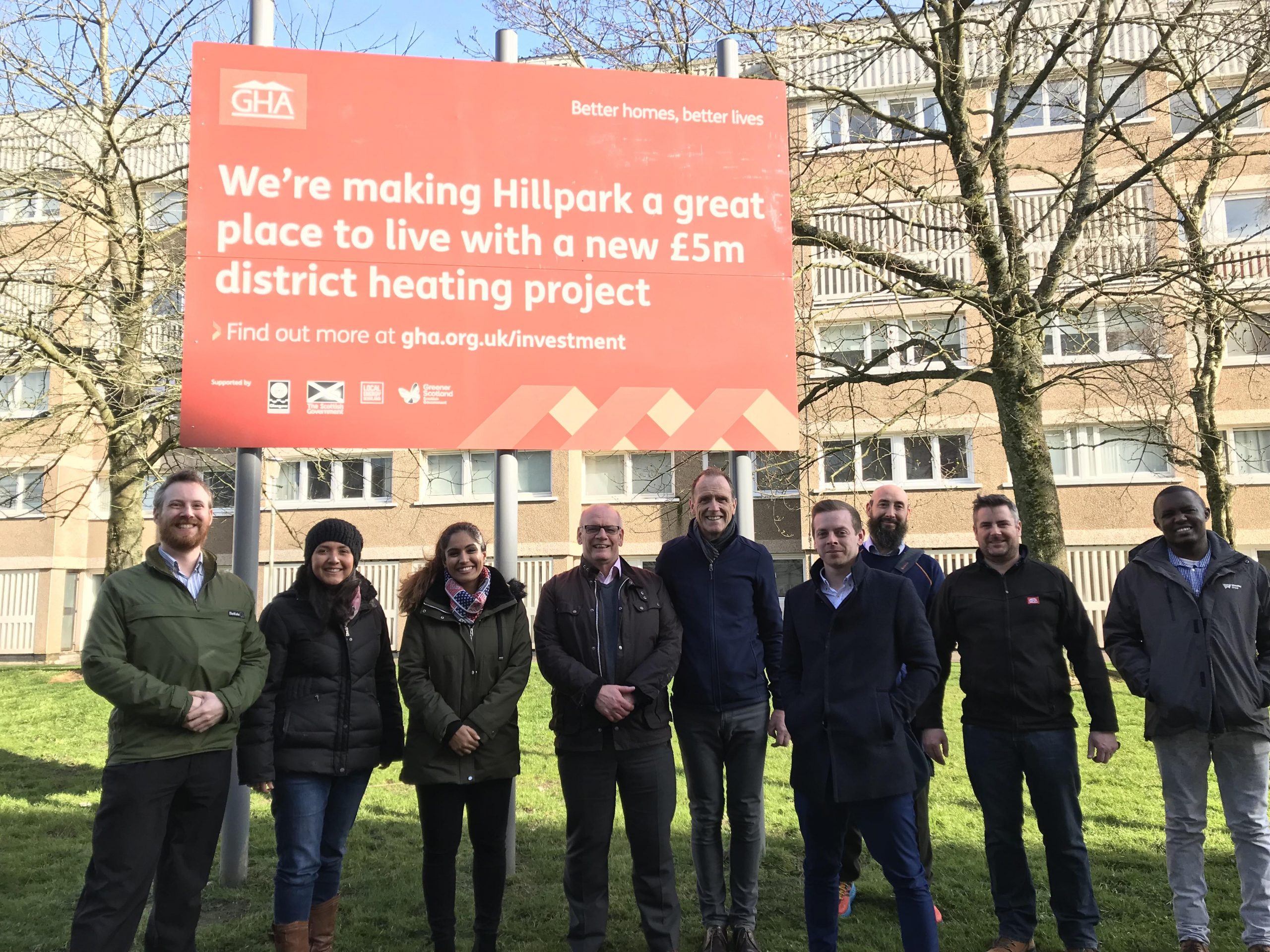