Star Refrigeration has been providing Nestlé UK with refrigeration solutions since 1990 and this strong partnership led to the latest challenge for Star. The challenge was to find a Heat Pump solution for reducing the Nestlé Halifax factories refrigeration and heating energy demands.

The Nestlé Halifax team had previously completed an energy audit on their central coal fired boilers, the steam distribution and all of the end user heating systems throughout the factory. This enabled the team to clearly identify, grade and consolidate the various end user heating requirements which identified significant design and operational inefficiencies.

Previously one central coal fired steam generation plant served all of the individual end users, where high grade steam would be degraded to suit the processes. The new concept was to simply heat the water to the desired process temperature and the Star Neatpump would serve to provide hot water to end users requiring 60°C and to preheat those operating in excess of 60°C.

Nestlé’s global commitment to reduce the environmental impact of its operation, demands the use of natural refrigerants for all new factory process refrigeration equipment. This presented a number of challenges for Star as heat pumps until now had been either HFC dependent, which was not an option, or they had utilised reciprocating compressors which were beginning to show high regular maintenance costs.

Star Refrigeration formed a collaborative effort to devise a high pressure heat pump solution using ammonia. This enabled Star to comfortably take heat from the 0°C process glycol at -5°C and lift it to 60°C in one stage for heating.

Their challenge was to utilise a heat pump that drew electrical energy and thereby reduced the load on the proposed replacement gas fired equipment. Alternative solutions such as geothermal and CHP were considered, but the client recognised that these technologies imposed limitations to future land resale and/or development and high annual maintenance charges offsetting the predicated savings in cheaper electricity.

A key stage for the  team was the establishment of bespoke selection software as it was essential to know how to assess the overall effectiveness of the system. Previous projects had been assessed in terms of COP. This project needed to be COPc for “cooling effect/absorbed power.” In addition, COPh for “heating effect/divided by absorbed power” was required, but the real measure of the heating efficiency is COPhi. This is the total heating capacity divided by the net difference in compressor absorbed power between the design cooling only condensing condition and the heat pump design condensing condition.

Based on the clients’ previously measured heating and cooling load profiles, the analysis showed that to meet the projected hot water heating demands from the ‘Total Loss’ and ‘Closed Loop’ circuits, the selected heat pump compressors would have to produce 1.25MW of high grade heat. To achieve this demand, the equipment selected offers 914kW of refrigeration capacity with an absorbed power rating of 346kW. The combined heating and cooling COP, COPhc, is calculated to be a modest 6.25. For an uplift of 17k in discharge pressure the increase in absorbed power was 108kW, boosting the COPhi to an impressive 11.57.

Without Nestlé’s commitment to research and logging site energy performance, it would have been impossible to gauge how much can be saved by using the waste heat from the cooling process. Since plant handover in May 2010 Nestlé Halifax are heating around 54,000lts of towns water each day to 60°C, which costs around £10, saving some £30,000pa on gas. By late 2010 site will be utilising a further 250kW of waste heat for their Closed Loop systems and by mid 2011 the demand on all heating systems is set to double.

Nestlé can save an estimated £143,000pa in heating costs, and 119,100kg in carbon emissions by using a Star Neatpump. Despite the new refrigeration plant providing both heating and cooling, it consumes £120,000 less electricity per annum than the previous cooling only plant. 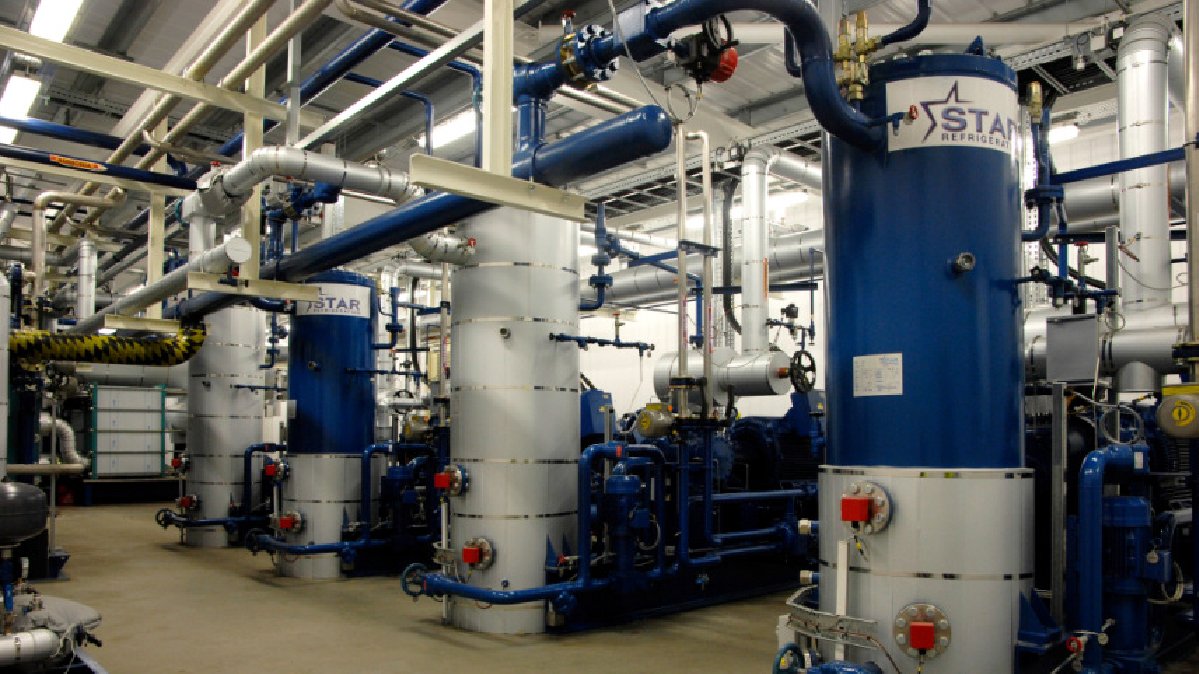