Cooling specialist Star Refrigeration has completed a plant relocation and refurbishment project for one of the UK’s leading food producers, Northern Foods.

Northern Foods produces own label and branded convenience foods for major retailers. With production facilities across the UK and Eire, the company specialises in frozen, chilled and bakery products including ready meals, pastry products, snacks and pizza.

In 2005 Northern Foods was looking to transfer production of chilled savoury products from a site in Evesham, Worcestershire, to its Palethorpes production facility in Shropshire. Existing processing equipment including a Starfrost spiral chiller and associated refrigeration plant was required to be relocated to a new factory extension at the Palethorpes facility in Market Drayton.

Freezing and chilling equipment manufacturer Starfrost was called in to undertake this project for Northern Foods. Starfrost’s project team worked in conjunction with engineers from Star Refrigeration, a key supplier of cooling solutions for the UK food industry. The project demonstrates another successful joint venture for the two firms, since Starfrost was acquired by Star in 2004.

The refrigeration components were then transported over 80 miles to a brand new purpose built plant room at the Palethorpes facility. The plant was reconstructed, tested and commissioned by Star engineers, before being cleaned and painted. New aluminium clad insulated pipework helped complete the transformation of the refurbished plant.

Prior to relocation, the plant operated on the R22 gas refrigerant. Due to the current phase out programme, Star took the opportunity to replace R22 with Isceon (r) M079, a modern ‘drop-in’ gas refrigerant. Developed by Star and a chemical partner, R-422A removes the need for expensive system flushing and requires minimal plant modifications. The new refrigerant has also improved the performance of the plant’s compressor.

The Starfrost Helix Spiral chiller had been in operation at the Evesham site for a number of years. The overall performance and condition of the chiller was deemed excellent and the machine only required minor refurbishment. Technical changes to the configuration of the system were required due to the layout of the new production line at Palethorpes. The direction of rotation within the chiller was reversed and the number of spiraling tiers was adjusted by Starfrost engineers.

The installation of the chiller at Palethorpes was concurrent with the relocation and refurbishment of the refrigeration plant. This helped to ensure that connection, testing, commissioning and handover were completed on time and on budget.

Star Refrigeration is the UK’s leading independent refrigeration engineering company. Established in Glasgow in 1970, Star has over 250 employees nationwide, providing technical support at 11 locations across the UK. Star focuses on the design, manufacture, installation, commissioning and maintenance of industrial refrigeration systems. The company offers a turnkey package to all users of refrigeration plant. 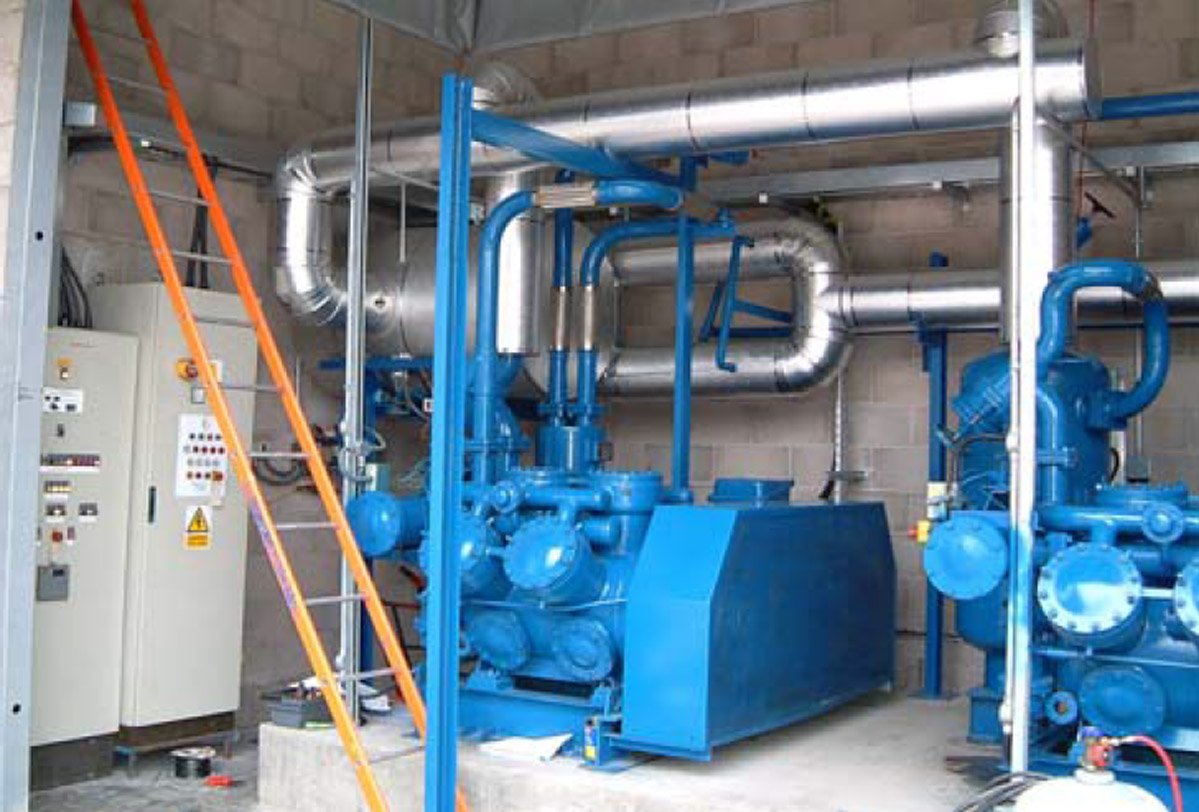