Something fishy if going on…

Clibberswick, Burrafirth and Caldback sound as if they could be somewhere in the Yorkshire Dales, home of James Herriott, Nora Batty and Emmerdale. If you thought so, think again, for they are over 500 miles further north, and halfway to Norway. They are on the tiny island of Ulva, and for their inhabitants the town of Lerwick in the Shetlands represents the fleshpots of the south. For the rest of us Lerwick is so far north it needs to be dragged into a special box in the corner of the weather forecast. While it may be remote, it is certainly not a backwater, as recent developments at Shetland Catch Ltd in Gremista, just outside Lerwick, can testify.

The deep inshore waters, which made Orkney and Shetland home to the Scapa Flow fleet and more recently to the oilmen of Sullum Voe, allow trawlers like MV Serene and MV Adenia II (pictured) to berth right alongside the new Shetland Catch factory on the quayside.

The recent factory expansion, involving a £9.5m investment in buildings and plant, has increased blast freezing capacity from 200 tonnes per day up to over 750 tonnes per day, and the total daily throughput, including plate-frozen filleted and whole fish, is in excess of 1000 tonnes. “This is probably the largest pelagic factory anywhere in the world,” said Derek Leask, Shetland Catch’s Managing Director, at the opening ceremony.

For the opening ceremony, on the 18th of August, the sun shone brightly from a clear blue sky, giving no indication of the additional difficulties, which had been posed by the weather through the project. Even in the summer months, flight delays of several hours owing to sea mist were common, and on a few occasions engineers flew all the way from Aberdeen, only to be turned back on final approach as the fog rolled in.

Shetland Catch is a joint venture between the Lerwick Port Authority, the Shetland Fish Producers Organisation, Jaytee Seafoods and Whalsay Fish, and it provides processing facilities to the pelagic fleet based around Shetland. Unlike cod and haddock, pelagic fish (herring and mackerel) are still plentiful in these waters, but until now much of the catch had to be landed and processed in Norway. Most of the factory’s output goes overseas, with up to 50% destined for Nigeria and much of the rest shared between Russia and Japan.

The strategic importance of the new facility is that it is now large enough to accommodate two trawlers at once. As they often fish in pairs, and otherwise would have to seek separate ports to offload their catch, twin processing in Lerwick can save up to four days sailing time from a twelve day voyage. This is highly valuable to the ship owners and crews, but also to the processors and their clients.

Like many other food processes, the fishing industry is highly seasonal. Shetland Catch work the herring season, which runs from 1st July to mid-September, and the mackerel season, from 1st October until mid March. Plant reliability is imperative, for if the system does not work in season the fish will not wait and huge amounts of product will be lost. Access for site work is also, by definition, seasonal; strictly confined to the short periods between fishing.

Working with Shetland Catch and Dr Mike Hewitt of Cuillin Refrigeration Services, Star Refrigeration developed a project plan which enabled the fourfold increase in capacity to be achieved without loss of processing time, but also enabled the existing plant to be upgraded to current technical standards and integrated into the new system.

The green light for the project was given on 21st December 2000, and the New Year started with a frantic design and fabrication process, ready for the site start on 1st April. The amount of new construction and pipe installation work required for the project made it impossible to complete everything for the herring deadline, so the agreed plan was to retain the existing 200 tonnes/day plant from 1st July. On 1st August the new plant was introduced, giving 520 tonnes/day, and the existing system was shut down for transfer onto the new central plant. This transfer, including all piping, wiring and control modifications was completed in fourteen days, just in time for the project’s opening ceremony, which was attended by guests from all round the world.

To achieve detailed design and construction in such a short timescale, Shetland Catch short circuited the usual tender bid process, cutting an estimated two to three months from the total programme. Star provided detailed costs for all elements on an open book basis as the design was developed, and this close correlation of detailed design and budget planning enabled several cost savings to be identified and implemented, even after the design was well underway. Once the design was finalised the price was agreed and the contract then proceeded along traditional “fixed price” lines. “This gave the whole process the kick start that it needed,” said Star’s Sales Director, David Blackhurst. “With the knowledge gained from other recent projects we also evaluated a cascade system based on carbon dioxide. A brief feasibility study conducted over the Christmas/New Year holiday showed that while the costs looked attractive, we were less certain about achieving the tight timescales. We therefore were able to start back after the break fully committed to the traditional two-stage ammonia plant design.”

There are ten blast freezer chambers, each roughly 100m2 in plan and 6m high, and the evaporators are fed from a common surge drum located outside, at the end of the freezer hall. The existing plant used three Grasso packages, each with a booster and high stage screw compressor on a common baseplate. This configuration is becoming quite common but to meet the increased duty a further seven packages of the same size would have been required. It was quickly decided that this was not economic, and so Grasso were asked to look at larger packages instead. The new skids, the largest of this type ever built by Grasso, use thecolossal Gamma compressor with a suction swept volume of 4,900m3/h.

Four of these monsters, together with the three existing packages, provide a total installed capacity of 5,400kW at –40°C suction pressure. Each screw compressor is controlled by a Simatic PLC, and these are linked to the latest generation of Star’s TELSTAR control system. This provides full colour graphics and data logging for the entire system, and links by modem for remote monitoring.

It was easy to incorporate the existing compressors into the new SCADA system once a few minor modifications were made to the older PLCs. As the new system uses Echelon processors on a LONworks network it is also ideal for future expansion, just in case four million herring per day turns out to be insufficient for world demand.

Star offers a turnkey package to all users of refrigeration plant. Established in Glasgow in 1970, the company provides fast response 24-hour technical support from a network of nine branches to customers throughout the UK. 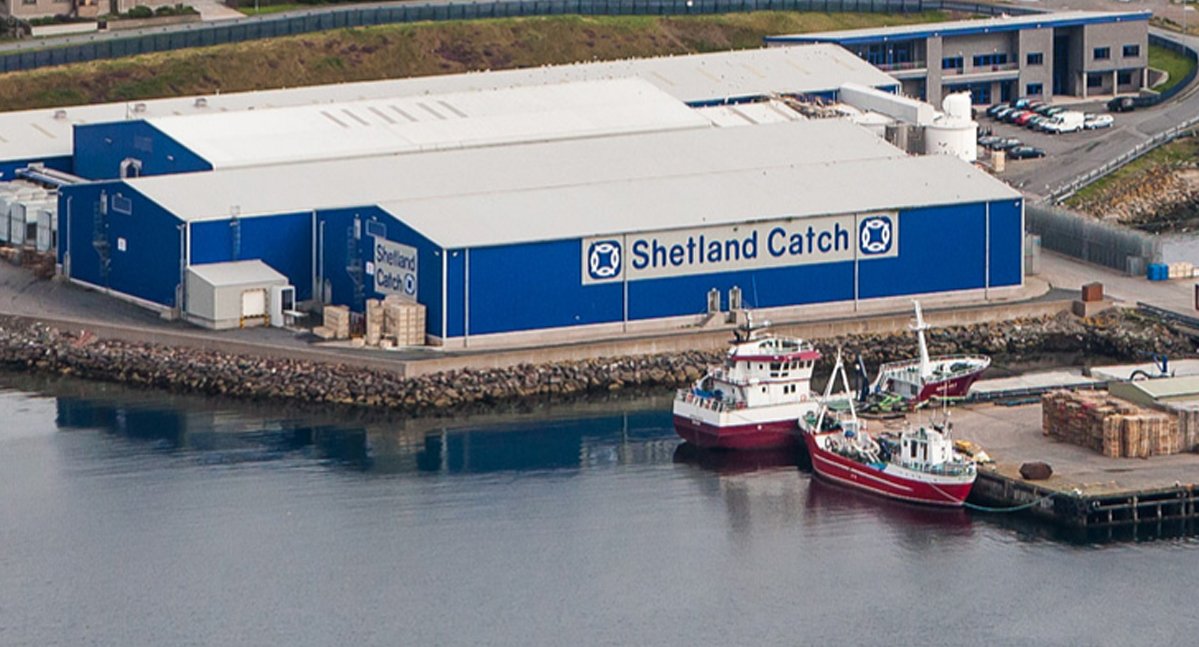