The International Maritime Organisation building in Lambeth is headquarters to a world-renowned institution, and is the venue for many major global conferences. With the phase out of CFCs reaching its conclusion, it was necessary to replace the old R-11 chillers which provided cooling to the offices and conference suite. In making this change the efficiency of the new chillers was a key factor, because R-11 used as a refrigerant makes for an extremely efficient system. In addition, the air handling units on the building were configured to provide free cooling to the chilled water circuit in low ambient conditions. The chiller replacement project was also required to follow the Government’s policy of avoiding fluorocarbon refrigerants unless necessary. As stated in the DETR report Climate Change: The UK Programme: “HFCs should only be used where other safe, technically feasible, cost effective and more environmentally acceptable alternatives do not exist.”

Consequently, a system using ammonia as the refrigerant was specified. After careful analysis of the building and the surroundings, it was concluded that the most suitable solution was to place two chillers in an acoustic housing on the roof of the offices, close-coupled to two evaporative condensers.

The two chillers are contained within separate compartments of the housing, with a total footprint of 6.5m x 6.5m and with an overall height of 3.6m. This provides ample space for safe maintenance, while keeping the installation within the roof area previously occupied by the cooling towers.

Each chiller has a capacity of 1400kW when chilling water from 11°C to 5.5°C, with an evaporating temperature of 3.3°C on full load. To maximize efficiency the chillers are piped in series, giving a CoP on the lead unit of 6.52 and on the lag of 5.88 at design ambient conditions. The units are also configured to make best possible use of floating head pressure – a further advantage of the low pressure receiver system. Despite the series arrangement, the chillers are selected to give low pressure drop on the water side, and the total pressure difference across the units is less than 0.5 Bar. The evaporative condensers use two speed fan motors so that power consumption can be reduced to a quarter of the design load when the duty or the ambient are sufficiently low. With these features the annualised coefficient of performance was expected to be about 10, as a result of the improved efficiency achieved through allowing reduced head pressure operation.

The amount of time allowed for the site installation was to be kept to a minimum, due to the existing conference commitments booked by the IMO. In particular, a major international conference was due to take place on site in April, so it was imperative that all work was complete and the plant was in first class condition for this date. The units were delivered with as much pre-assembly as possible, and lifted into place on the roof in the first week of January 2002. The condenser support steels and the housings were then constructed around the chillers. The condensers were lifted into place mid February and the piping and wiring were then completed. Ammonia was charged to the units at the end of March and they were handed over, fully tested, on 10 April 2002.

Since installation, the plant has run reliably and efficiently throughout the summers of 2002 and 2003. Data monitored by the building manager indicates that the power consumption of the ammonia chillers is significantly less than his previous system.

The apparent risk with this approach is the use of ammonia in a heavily occupied building within a city center. In fact, this risk was minimised:

There is no significant volume of liquid outside the housing, as the high-pressure float control system automatically transfers the condensed liquid to the low pressure receiver. This means that in the event of an ammonia liquid leak, the liquid will be contained within the housing and only transferred to atmosphere in a controlled manner over a period of time. The housing is also equipped with ammonia detection equipment, so that, in the event of a leak, an alarm signal can be provided to ensure a quick and appropriate response.

The hazard analysis conducted for the installation concluded that, with reasonable control measures in place, the only significant hazard for the installation was the risk of injury to bystanders in the event of a leak during maintenance. For this reason, the roof area in the vicinity of the chillers is administered as a “permit to work” zone.

Although the capital costs of the chillers is high compared with standard chillers, the integrated roof top solution minimised the additional infrastructure cost so the overall project was not significantly more expensive than the building refurbishment would otherwise have been, even if standard chillers had been selected. For this building, the chillers are estimated to be over 30% more efficient than the previous installation. The project has already exceeded the expectations of the project management team who have subsequently applied similar thinking to another London refurbishment for the same client, and would very much like to do more in future. 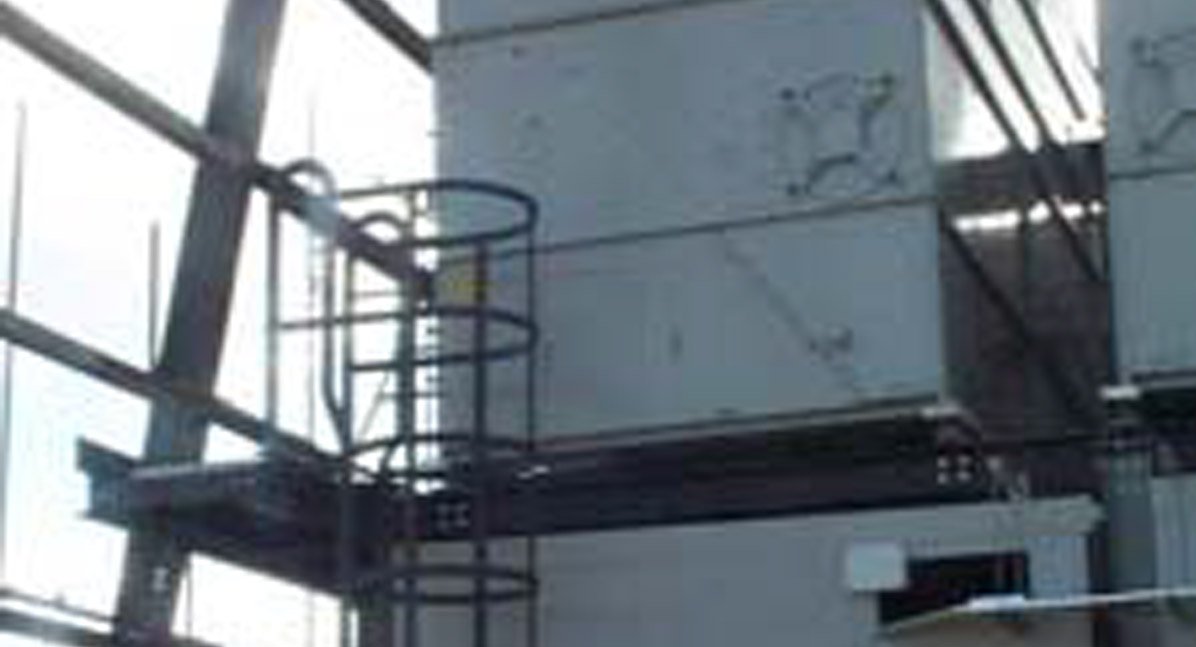