The facility in Milton Keynes has a run 170m long is maintained at -4C air temperature and contains 1500 tonnes of Snow and Ice.  The cooling system provides low temperature glycol for circulation in pipework under the slope, to air coolers in the room and snow guns to maintain the Alpine environment for the customers enjoying their winter sports.

The facility is also an anchor tenant in the purpose built Xscape leisure and retail complex and is a key attraction in Milton Keynes which celebrated its 50 year inauguration in 2017.

Snozone contacted M&E Building Services Consulting Engineer, Hulley & Kirkwood, to help them with problems they were experiencing with the refrigeration system.  In recent years the plant was becoming more unreliable and was having difficulty coping with Summer ambient temperatures.  This resulted in problems with maintaining temperatures in the snow chamber and meant that temporary chiller plant was required on a seasonal basis to augment cooling from the R404A chillers installed in 1999.

The striking architectural line of the Xscape roof structure mean that all building services were located inside the building with air intakes/ outlets taken through the perimeter walls.  The plant comprised 2 x 100% primary circuits with screw compressors and shell and tube evaporators inside the machinery room.  Heat rejection equipment comprised air cooled condensers located in a dedicated chamber and air blast oil coolers also in the plant room.   The secondary refrigerant system pumps glycol through the chillers to 16 coolers mounted in the roof of the ski slope and to the underfloor pipe grid.

The screw chillers were rated for 360kW at -16C glycol off temperatures.    As the original manufacturer, Tri-Therm are no longer in business the plant was being maintained by a local contractor.

For this reason, it was difficult to obtain information about the plant so site surveys and some original drawings provided some background data.

The customer decided to invest in a future-proof, brand new refrigeration plant and since they had good experience using ammonia at their other location in Castleford, they sought to use this refrigerant at Milton Keynes.

The existing plant room was unsuitable to retrofit a new ammonia plant so the decision was taken to locate the new system outside.  A site survey revealed that it was impractical and costly to install the chillers in the car park so a location was chosen on the public thoroughfare outside the existing plant room.  This location offered short tie in connections for power and glycol but also allowed improved airflow for the new chillers and  the ability to create a secure compound.

It was recognised early in the project that it would be necessary to engage a specialist consultant to conduct an Ammonia Hazard Assessment to identify all safety measures required for installation of the new outdoor refrigeration system. Star Technical Solutions (STS) attended site and specified a number of project enhancements for the safety of building employees and the general public.

H&K arranged for planning approval for the new external plant.  Noise surveys were taken before and after the installation to prove it was no worse than the existing installation to the surroundings, particularly considering a new hotel was being built across from the facility.

Liaison with the Landlord and affected tenants was also a key consideration to minimise the impact of the refrigeration upgrade during and after installation.

Continuity of business was extremely important to Snozone.  Not only did they want to avoid any loss of skiing amenities for their customers, they could not afford to have any sustained cooling outage as it would result in loss of their ski slope and possible adverse release of water into the centre’s shopping and restaurant outlets.

The location of 2 off 9.7m long chillers on the paved area outside the plant room required careful survey to ensure that they did not obstruct any underground services or impact on traffic movement or parking adjacent on the site access road.  A louvered perimeter wall was specified to screen the chillers from public access that also allowed adequate air flow onto the air cooled condenser coils.

Break ins to the glycol system were made in advance of the chillers being installed to provide secure isolated connection points for the new interconnecting piping between cooling plant and chillers.  The piping was carefully routed to ensure one of the existing chillers was useable for as long as possible before being decommissioned.

A programme was prepared to manage overall works and the changeover from new Star chiller from hire chiller was achieved without any cooling outage.

The original hydraulic circuit was arranged to circulate 50% of the flow through one running chiller which cooled from -10 to -16C and then mixed with 50% bypassed flow to achieve an aggregate glycol temperature of -13C pumped to the ski-slope.  The upgraded system was designed to circulate full flow through 1 chiller giving a glycol off temperature of -13C for improved efficiency.

The new installation included 2 off Star AA415MTE-1 Azanechillers 2.0 rated for 360kW capacity chilling ethylene glycol to from -10 to -13C.  The chillers were equipped with Sabroe reciprocating compressors with flange mounted VSD electric motors allowing capacity control down to 17% load.  Vahterus plate and shell evaporators allowed a close refrigerant approach while minimising ammonia charge to only 85kg per chiller.  Acoustic enclosures around the compressor/motor assembly combined with EC condenser fans to present the lowest noise signature for the retrofit installation.

The new chillers have been operational since September 2017 and the effect has been transformational for site.

The new equipment has been easily able to maintain -13C glycol temperatures in the ski slope even on warmer days, whereas the previous equipment was struggling to achieve -8C at peak times.

Reliability of the installation is enhanced with a full 100% standby chiller available and no need to bring in hire chillers due to down time with original R404A chillers.

Energy savings have been dramatic.  The table below shows monthly energy bills before and after the plant was changed over including refrigeration, pumps, lighting, electric defrosting and chairlifts. In the first 4-month period of operation, the electricity usage was 661,255kWh compared to 1,511,062kWh for the same period in 2016.  This 56% saving improved the profitability of the business and helped to justify the investment in new plant.

The environmental impact of operations has been much improved with almost 700 tonnes of CO2 saved in indirect emissions from electricity in the initial 4 months running and saving of approximately 30kg of R404A per month for top up refrigerant on the old plant.

Given the uncertain future of HFC refrigerants, the chosen ammonia chiller solution offered a high integrity industrial plant with 20 year life and was future proof with no risk of phase out in future.  This also allowed Snozone to fund their investment over a longer term in line with their financial targets.

Better operation control of cooling has allowed Snozone to manage the snow environment in the chamber and to optimise snowmaking and defrosting activities for an improved customer experience.  On their company website Snowzone advertised “ they now have a £1m investment in new chillers and have the best snow ever!” 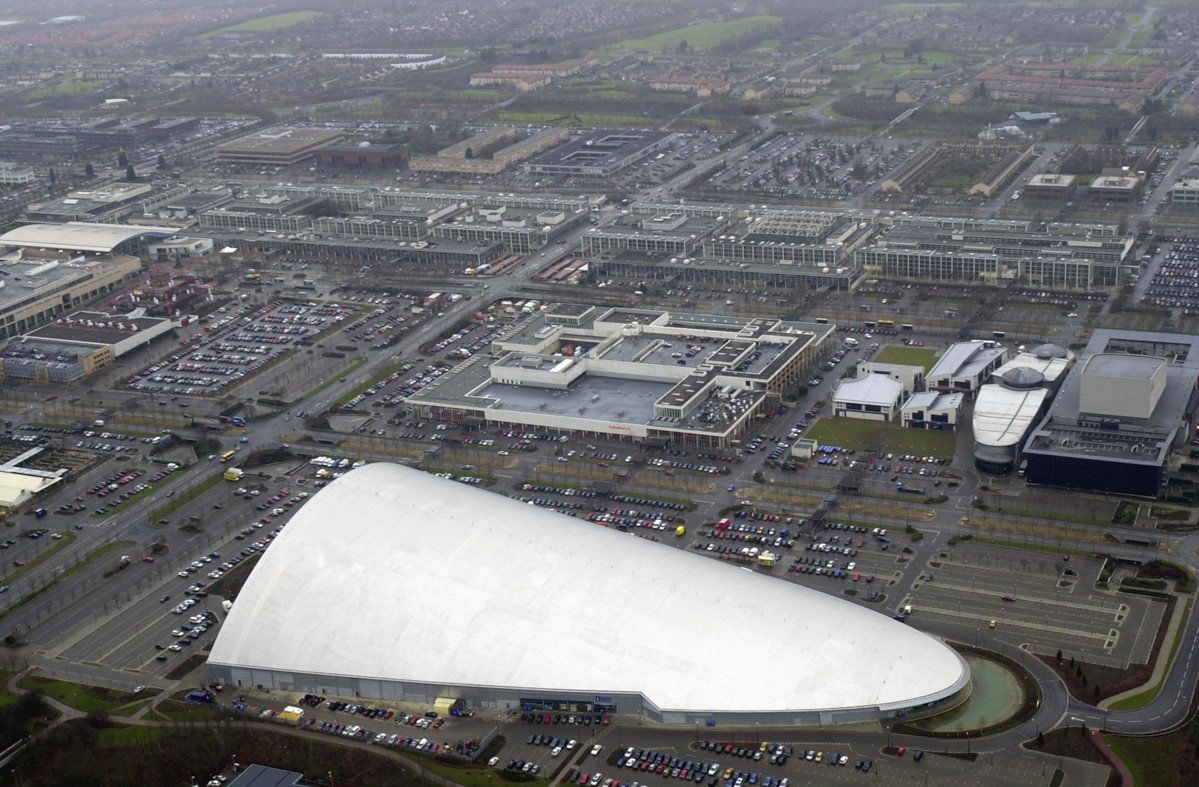