Star has been working in the leisure industry since 1970, installing 80% of the UK’s ice rinks, curling rinks, indoor ski slopes and ice walls, including Braehead Arena where Sochi Paralympics 2014 bronze medallist Aileen Nielson trained for the competition. This experience in delivering high quality winter sports training facilities resulted in the company being approached as a consulting partner in the construction of the UK’s first National Curling Academy.

Scotland has a long history with curling but surprisingly until recently there had been nowhere in the UK for elite curlers to train. In preparation for the 2018 Winter Olympics and Paralympics, it was decided that a dedicated training facility for curling athletes was to be built in Stirling, as an extension to The Peak sports centre.

The National Curling Academy at The Peak is launching a bid for gold as Aileen Nielson, captain of the Paralympian curling team, aims to capitalise on her bronze medal from the 2014 Winter Olympics.

When asked about the new state of the art curling rink Paralympian Aileen Nielson, said, “For me, the quality of ice at the ice rinks I practise at is crucial to enable me to become the best curler I can be. If you have consistent ice then you are able to more accurately analyse your technique and delivery and if the ice is consistent it is one less variable to take into account. It is good to train and practice on different ice conditions but there is nothing better than training on ‘World class’ ice every day in preparation for playing at the major competitions, like Worlds, Olympics and Paralympics where you generally get top quality ice”.

Aileen Nelson at Star’s Thornliebank offices
“I would like to thank Star Refrigeration for their continued support, and all the ice rinks we have used over the years. We appreciate all of the hard work by dedicated staff who are involved in producing top quality ice in order for us to be the best we can be”.

Robertson Central East was the main contractor for the project but had no experience in ice rinks. As Star Refrigeration had installed the original ice rink at The Peak in Stirling in 2008, the organisation was approached to become the subcontractor and offer expertise and installation to deliver the premium quality ice required for the elite curling rink. Up until now, the elite curlers had to share ice at the ice rink facility before the £3.15 million Curling Academy, funded by SportScotland and Stirling Council, was built.

Alan Walkinshaw, Special Projects Manager from Star Refrigeration said, “Scotland has always been on the map for curling, yet we have never had a dedicated training facility for our curling athletes to build on their success. This exciting development means that the UK’s curling teams can train all year round in the high quality facility to help them reach the top of their game – and hopefully bring back more medals!”

As an extension of The Peak, the curling rink is a standalone building adjacent to the sports complex. Star was required for the design, supply, installation and commissioning of a packaged refrigeration unit and glycol pump assembly. Engineers designed and installed the curling rink floor and interconnected warm and cold pipe circuits. Having never built an ice rink, Robertson Central East needed to work with a trustworthy and reliable contractor with experience in ice facilities.

David Cairns, managing director of Robertson Central East, said: “Stirling is Robertson Group’s headquarters so it was a particular pleasure to work on such a major project on our doorstep. The construction phase went smoothly and I’m sure that those who use the National Curling Academy will enjoy the high-quality facility for a long time to come.

“We specially appreciate our partnership with Star Refrigeration. Their exceptional knowledge and vast experience in the leisure and ice market were fundamental to delivering a highly efficient, low carbon, first class facility on time and budget”.
Star suggested the use of an air cooled package with Azanechiller 2.0. The equipment selection was ideal for the project because there was no need for a large chiller plant room, and the natural refrigerant meant it was an energy efficient, eco-friendly option as well as future proofed against the F-gas regulation.

The EcoDesign compliant National Curling Academy’s Azanechiller 2.0 breaks energy efficiency standards with a Seasonal Energy Performance Ratio (SEPR) of 4.28, which is 66% higher than the Minimum Energy Performance Standards set by the Eco-Design Directive. The EcoDesign Directive has the potential to save end-users millions of pounds on energy bills and will have a great impact on cutting carbon emissions to achieve Europe’s 80% carbon reduction targets by 2050.

The National Curling Academy’s Azanechiller 2.0 offers a coefficient of performance (COP) which is 62% higher than competing HFC screw chillers and 42% higher than alternative low carbon refrigerants. In terms of the impact on carbon emissions and life cycle costs, this results in a 700 tonne and £241,000 saving respectively after 20 years.

The Scottish Government Minister for Public Health and Sports, Aileen Campbell, said, “As our Paralympic curling team competes in PyeongChang, they go with the confidence of having had a high quality preparation in world class facilities, and that they have given themselves the best chance of success. This is thanks to the support and hard work of the National Curling Academy and Star Refrigeration.”

“Scotland is committed to sport being accessible to all, and seeing our para athletes compete on the world stage is powerful inspiration to anybody who wants to participate and achieve their goals.”

This joint project has had a transformative effect on the training facilities for elite curlers, who now have their own dedicated facility for year round practice. 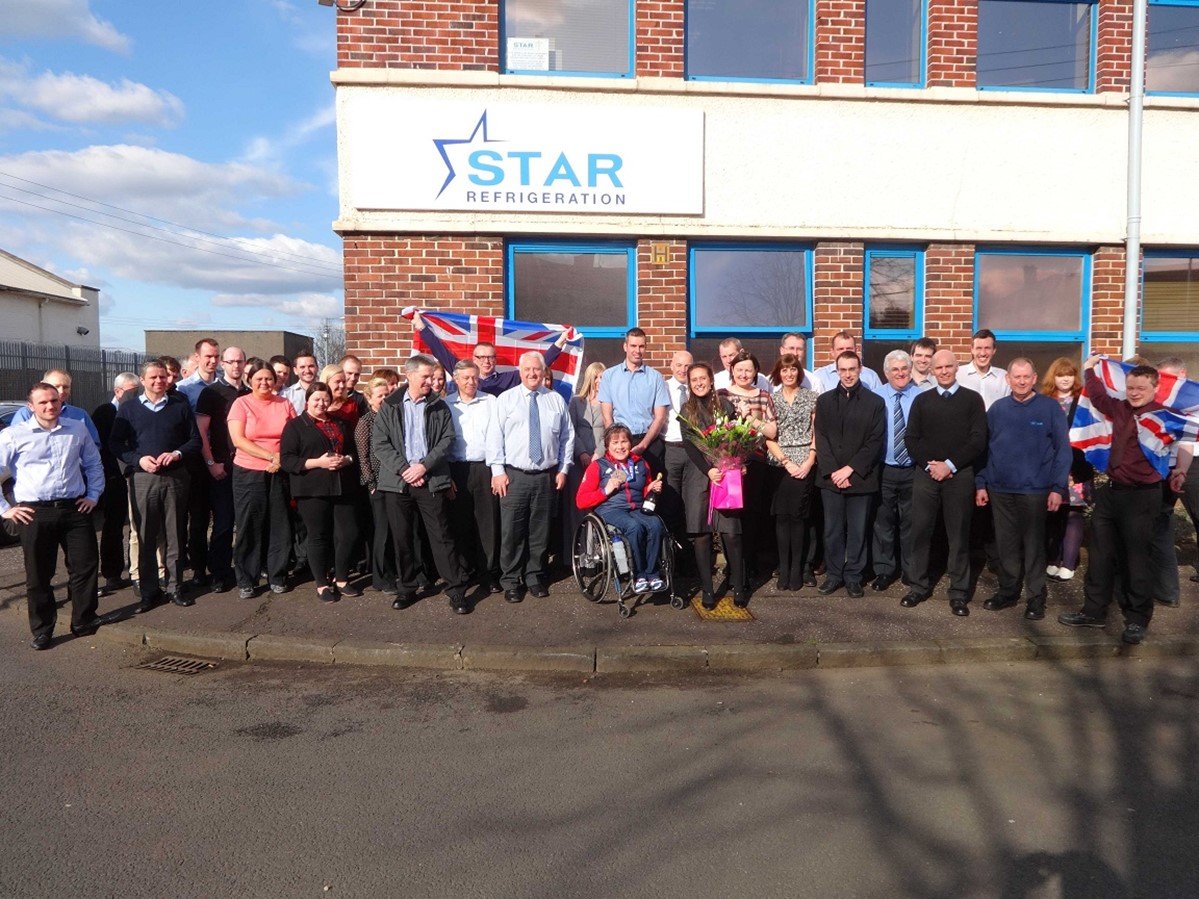