The historic town of Bedford lies in the heart of the English countryside, on the banks of the Great Ouse, and close to the M1 as it runs north from London. Close to the motorway and roughly half way between London and Birmingham, this was the ideal location for ASDA’s latest addition to their national chain of Chilled Distribution Centres (CDCs). Under Gazeley Properties, the property development arm of ASDA, a new construction methodology has been developed which can provide a functional ambient distribution centre within 16 weeks of cutting the first sod on a green field site. Of course cold stores take a little longer, but the programmes achieved on Bedford and its predecessors at Washington and Wakefield are no less impressive. Wakefield was up and running within 28 weeks of the site start, and Bedford, which is 50% larger has just beaten that record.

Work started on the Bedford site in April 2001, and the first products rolled through in September, just 24 weeks later. The need for speed in these construction projects has been a deliberate part of ASDA’s strategy.

This fast track programme was achieved by building contractor Simons Construction working in partnership with ASDA, and bringing in specialist sub-contractors like Star Refrigeration Ltd for the works packages.

Andy Pearson, Managing Director of Star Refrigeration’s Contracts Group, highlighted the implications of this new approach. “In a traditional contract, the same system may be designed three or four times over; first by the client and his consultant designers, then by the builder and finally by the installer. We sat down with ASDA and their team, including WSP and Simons, on day one, and the design was done once.  This obviously saves money for the project as a whole, but more importantly it eliminates confusion and mistakes, and it saves lots of time.”

The system design reflects ASDA’s requirements for a plant which is not only safe and efficient in operation, but is also futureproof. Five years ago they recognised that R22 was going to disappear, and that for systems of this size the HFCs do not offer a cost-effective alternative. Their industrial systems are therefore based on ammonia, with the charge kept to a minimum by using low pressure receivers. The –25°C cold store at Bedford is served by three LPR packages. Each has a capacity of 391kW, but the total ammonia charge is only 780kg, and of course this is divided between the three modules. Defrost is by reverse cycle, which runs the plant as a heat pump for a short time. This means that the inefficiencies found in hot gas defrost valve stations are eliminated, as is the risk of ammonia leakage in the roof void. This is not an insignificant point for ASDA, because the majority of ammonia leaks in roof voids – which represent a real threat of disruption to the normal operation of the distribution centre – are found on traditional valve stations. Another area of risk, manual oil recovery, has been eliminated by using automatic oil return systems. This is only possible because Star use polyalphaolefine lubricant instead of traditional mineral oil. “This is recognised as the Rolls-Royce of oils,” explained Andy Pearson, “but we are happy to pay a premium for it because it provides huge benefits in the operation of the plant.”

The three chill stores have a total area of 22,018m2. They are served by a chilled glycol system with a total capacity of 2802kW, and defrost is by warm glycol. Each chiller package uses a low pressure receiver and plate heat exchanger to provide efficient operation from a compact unit with minimal ammonia charge. The glycol temperature is maintained at –8°C, but maximum efficiency of the compressor packages is achieved by ensuring that compressors only run at full load, with economisers enabled, or else are turned off. This is made possible through the use of duplex compressor packages, where two machines are mounted on each oil tank. This gives six steps of capacity control, which is sufficient to control the glycol temperature to within half a degree of the setpoint. To improve the plant efficiency further, the glycol pumps are also capacity controlled.

In seeking the best performance from their new plants, ASDA have not been afraid to innovate, and have incorporated several unusual features in the site. The cold store loading docks for receiving and despatch are in twelve individual pods, and both sides are treated with desiccant dehumidifiers which deliver dry air to each pod. This has completely eliminated problems of wet or icy floors in more traditional loading docks. The air delivered by the dehumidifiers is chilled to +4°C  by a feed of cold glycol from the main circuit. The desiccant driers have greatly reduced the problems associated with door discipline and defrosting coolers, and the expected payback on their addition to the main installation is expected to be less than 15 months.

The whole refrigeration plant is controlled and monitored by the latest generation of Star’s TELSTAR control system, including a full PC based SCADA system. This novel and unique interface allows plant operators to replay key events in the plant operation as if they were watching a video recording of the graphics screen. This can be in slow motion or fast forward, and it is proving to be a big hit with commissioning and maintenance engineers alike. It allows full analysis of all aspects of plant performance, without weary hours spent taking readings of all the relevant parameters. Even better, once the system has been set up these parameters can be checked remotely, ensuring that the plant is kept at top performance, and does not drift into inefficient operation. “We’re delighted with the response to the new look TELSTAR.” said Andy Pearson. “In recent years it has become much more difficult to justify the cost of engineering our own controls system, but in this case we have had a fantastic reaction from our field engineers and our customers. Our first site installation was at ASDA’s Grangemouth RDC, and since then it has been a ‘must have’ on all the new ASDA projects.”

So what about the future? Each project is followed by a review of all aspects, and lessons are carried forward to the next phase. “We are happy to have set a new benchmark for composite operation, but we believe that in the near future we will making substantial steps forward in efficiency, in installation cost and in reliability.” Will this be on the next project? “Watch this space!”

Established in Glasgow in 1970, Star has over 260 employees nationwide and provides fast response 24-hour technical support from a network of nine branches to customers throughout the UK. 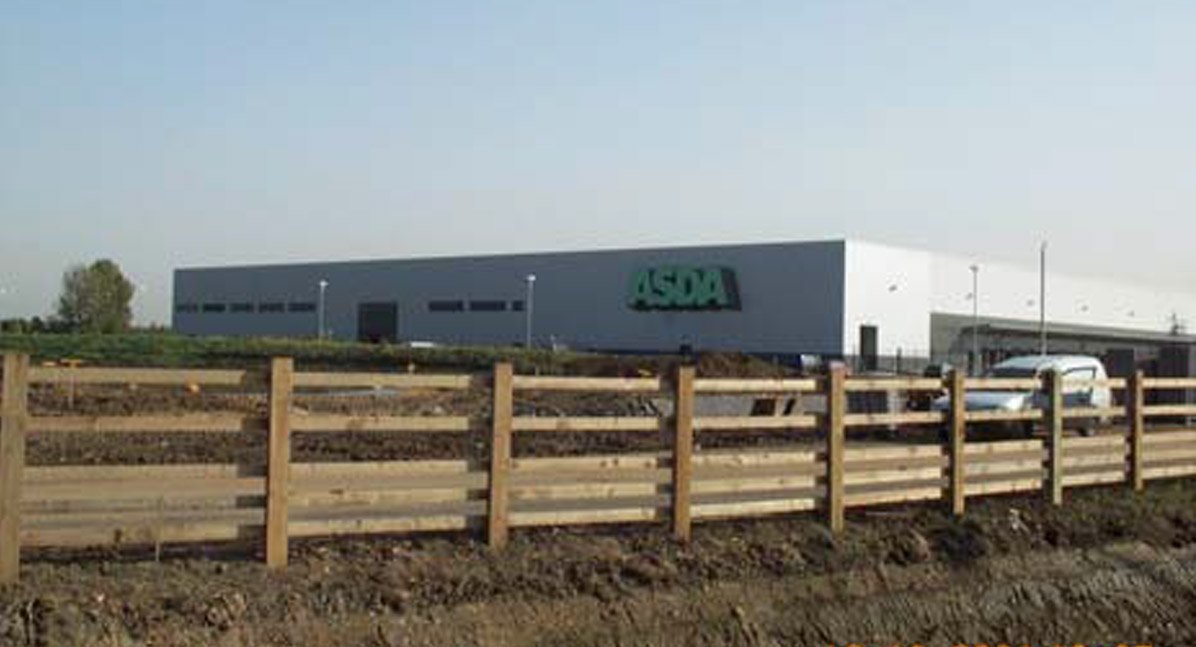