Star Refrigeration has completed the design, supply, installation and commission of one of the most efficient chillstore plants in Europe to serve supply chain company, Gist’s, midlands-based temperature controlled logistics site.

The plant was required for Gist’s new depot at Chesterfield, near Sheffield and needed to be installed on a tight time frame, with impressive environmental credentials and low energy costs. Star is pleased to have delivered on all fronts, bringing the plant online ahead of schedule, at a competitive cost and low running costs.

Chilling Britain’s food now and in the future

As one of the leading temperature controlled logistics companies, Gist handles, stores and transports millions of chilled and frozen food products every day.

Gist’s UK-wide network of temperature controlled logistics sites are responsible for managing the supply chain for a wide range of customers in the food industry, including retailers and food service outlets. To support business growth and their customer partnerships, Gist opened a new chilled depot in Chesterfield, serving their midlands-based customers.

The project brief required a cooling solution that:

Gist’s ambitious installation has a great impact on cutting both direct and indirect carbon emissions and supports with Europe’s objectives of reducing carbon emissions.

Working to Gist’s specification requirements, Star’s proposal was to install two of its Azanechillers, connected to a central glycol cooling circuit, with 11 off-air coolers inside the chillstore chamber. Both Azanechillers were required to have a capacity rating of 550kW, delivering a total capacity of 1,100kW based upon a chamber temperature of +2°C and a design ambient temperature of +32°C. Waste heat recovery from the chiller’s compressors would be used for warm glycol defrosting of the air coolers.

This solution would deliver an estimated 153% of the calculated maximum cooling requirement, and only require three of the four compressors to maintain temperature at the required conditions. The additional chiller and cooler capacity would be used at all times to deliver increased efficiency and low operating costs. Taking into account these factors, and a reputation for delivering low cost of ownership ammonia solutions, Gist awarded the contract to Star on the condition that Star were able to deliver the fully operational chiller within the required timeframes.

In addition, in order to ensure the plant would perform as per specification, Star’s Azanechillers 2.0 and air cooler electrical panels included power meters that continuously record energy consumption and send this data to the refrigeration system’s supervisor PLC. Since its installation, energy consumption has been collected on a weekly basis from Star’s Derby office via the chillers remote connection facility and analysed based on the known store volume (58,500m3) to calculate the energy consumption per m3 of store volume. This data has then been compared to energy usage data collected as part of an International Institute of Refrigeration (IIR) and ETSU best practice and demonstrated a consumption that is 15% of industry average for a store of this volume (5 kWhr/m3/yr vs 40 kWhr/m3/yr, respectively).

Gist required Star to supply, install and commission the chillers by the 17th November 2017, six weeks after the commencement of the site installation. This is half the time typically expected for a project of this scale. In order to realise this ambitious timeframe, Star worked closely with the main contractor and other subcontractors onsite to co-ordinate installation works.

Despite the tight timeframes, Star completed the project ahead of time and helped to ensure Gist were able to add capacity to their network ahead of their busy Christmas peak period.

This achievement was made possible by Star investing heavily in the design stage of the project. Time and resources were spent in prefabricating cooler valve sets and pipework brackets at Star’s Thornliebank manufacturing facility, to minimise the amount of onsite work required at Gist Chesterfield. The chillers, which incorporated warm and cold glycol pump skids, were charged with ammonia and commissioned using Star’s 1MW test facility at their Westway production facility before delivery to Gist Chesterfield. This reduced the site-based work required to install the coolers and secondary pipework. The cooling system controls were also tested by Star’s Telstar team in Glasgow prior to installation at the site, reducing the time required to commission at site.

The above factors, coupled with meticulous planning and plenty of hard work, ensured that the project was delivered safely, within the allotted budget, before the deadline and to the client’s expectations.

The plant has now been fully operational for a year and readings from the site indicate that the energy usage is around 5kWh/m3 per yr. This is equal to one eighth of that of good practice guidelines and one twelfth of typical cooling demands for similar stores across Europe, bringing the 60,000m3 facility’s annual energy bill to just over £29,000 and its CO2 emissions to under 83 tonnes/year.

With UK average grid carbon readings of 283 grams of carbon dioxide equivalent per kilowatt-hour, Gist Chesterfield is now set to remove 943 tons of CO2 per year when compared to the typical cooling demand of similar European chillstores. Gist Chesterfield now has one of the most efficient plants in Europe and one that is future-proofed against any legislation that the EU or the UK may introduce going forwards as ammonia has zero detrimental environmental effect on ozone depletion or global warming. In addition, the Azanechiller 2.0 also eliminates the risks associated with refrigerant leakage.

Sam de Beaux, Gist’s Engineering Director, responsible for Gist’s UK and European site network, said, “Star delivered above and beyond our expectations regarding every aspect of the Gist Chesterfield plant, providing a solution that combines both high efficiency and low environmental impact. Despite the tight timeframes for the installation and commissioning of the chillstore facility, Star delivered every step of the way. We look forward to a long and fruitful relationship working with them in the future.”

The original contract included a two-year warranty period at the Gist Chesterfield site, during which time Star would undertake all maintenance and cover the cost of parts and labour. However, thanks to their impressive performance, Star have subsequently been contracted for further maintenance work at Gist’s sites in Hemel Hempstead and Bristol. This signals a mutually beneficial partnership between the two companies going forward. 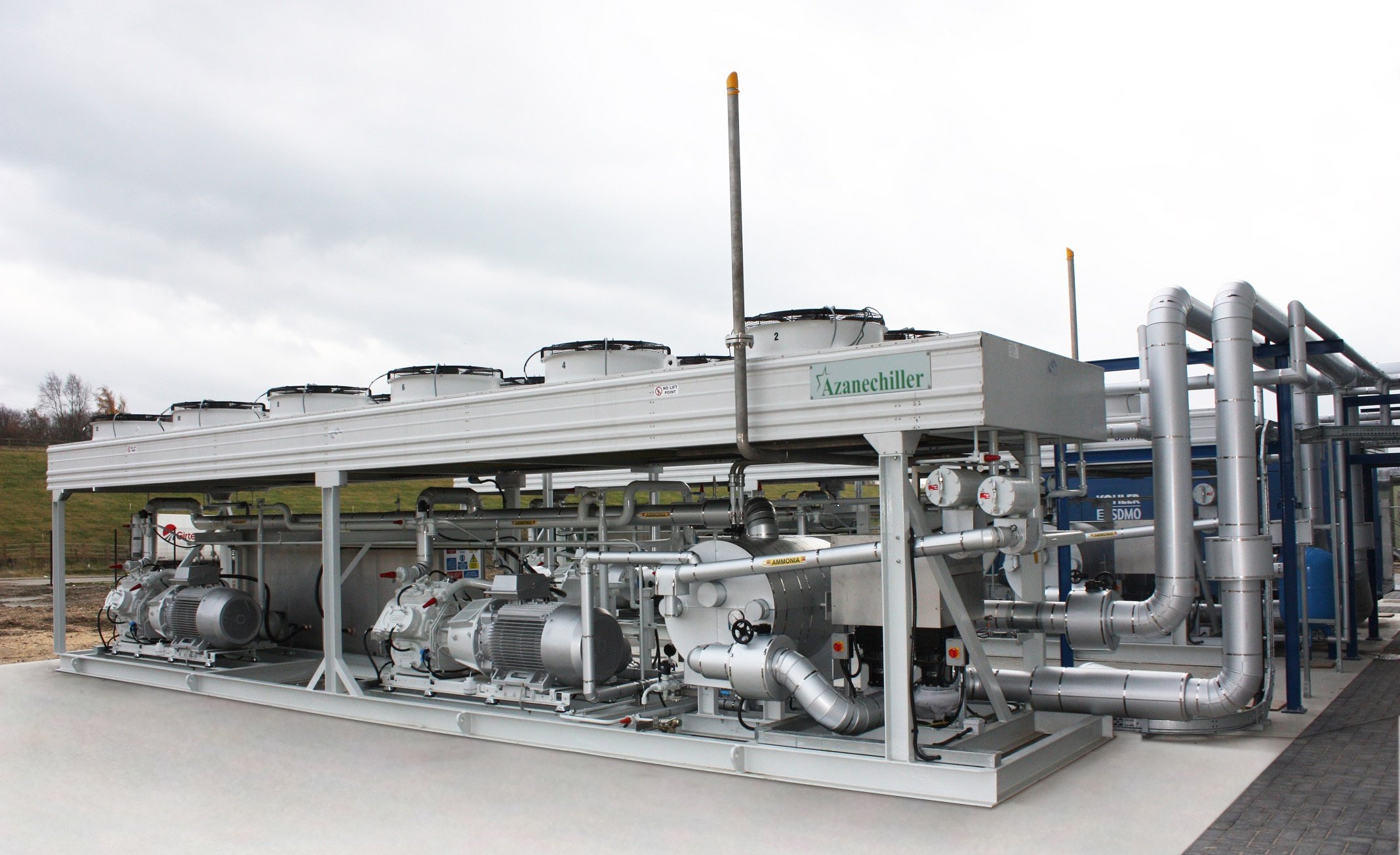