Star Refrigeration have overseen the replacement of two refrigeration plants serving Primula’s principal cheese store facility in Team Valley in Gateshead, near Newcastle. As well as transitioning the facility from refrigerant R422D to R513A, Star also modernised its systems to achieve greater efficiency and reliability.

Having worked closely with Primula for over 15 years and already completed an upgrade of the same plant in 2008, Star were well-placed to undertake this project. Star successfully transitioned the plant from R422D – which will soon become untenable under new F-Gas Regulation – to the more future –proofed R513A.

Primula is a well-known manufacturer of cheese spread that is popular in over 40 countries in Europe and beyond. The maker of ‘a cheese with a difference’ are owned by the Kavli Trust, a charitable organisation which each year donates thousands of pounds to supporting research, humanitarian and cultural projects which improve people’s lives. This means every time you buy Primula Cheese you are helping to support worthy causes, right here in the UK and across the world.

In the UK, Primula is based at the Team Valley Trading Estate in Gateshead, where its cheese store refrigeration facility, which operates at +4°C is used to store all incoming product prior to processing. The facility is served by two independent refrigeration plants for reasons of resilience, both of which were originally designed for operation with R22 refrigerant. In 2008, Star converted the plants to enable operation with R422D refrigerant which extended the life of the plants by over 10 years. However, with upcoming legislation and the plant’s age in mind, Star’s advice was to replace the plants with new equipment utilising a refrigerant with a far lower Global Warming Potential (GWP).

From January 1st 2020, the EU will introduce a service ban on all refrigerants with a GWP of over 2,500. Since R422D has a GWP of 2,729, it would have become problematic for Primula to continue running their cheese store. This, in conjunction with the age of the plant, prompted Primula to opt for a complete replacement of the two plants to achieve regulatory compliance, optimise efficiency and ensure its viability going forwards.

Primula specified that the facility should retain its two-plant design to maintain resilience, while they also stipulated that each plant should comprise of a single air-cooled condensing unit and four evaporators, with these latter units positioned in the same location as the existing ones to minimise disruption to the current infrastructure of the building. The two air-cooled condensing units were to be located externally and positioned end-to-end, so as not to block pedestrian access on that side of the building. Finally, all work had to be carried out within normal business hours, but had to focus only on one plant at a time to ensure that continuity of operation was maintained with no downtime at all.

In this instance Star determined that R513A was the most suitable solution for the customer. R513A has a comparatively low GWP of just 631, which is well below the 2,500 threshold and should ensure the plant remains viable in its current state for the foreseeable future.

The solution involved the supply and installation of two independent plants each comprising a single bespoke manufactured air-cooled condensing unit and four draw-through evaporators. The condensing units incorporate a single semi-hermetic reciprocating compressor mounted within a weatherproof housing and an air-cooled condenser with extended legs designed for vertical air throw.

Given that the work had to be carried out during operational hours, Star scheduled the project to take place in the first quarter of 2019 to take advantage of low ambient temperatures and reduce the workload place on the one operational plant while the other was being upgraded.

Each plant provides 45.9kW of refrigeration capacity and absorbs 15.1kW. Given that the maximum workload of the cheese store is 61kW, each individual unit is capable of meeting almost three-quarters (75%) of the maximum required duty. The additional cooling capacity gives Primula increased efficiency and low operating cost.

Star made every effort to provide a solution that increased Primula’s competitive advantage with the use of components that qualified for Enhance Capital Allowance and could afford the customer tax breaks for its use of energy-efficient technology.

In addition, the plant was designed with efficiency in mind and comprised energy saving technology such as electronic expansion valves, condenser EC fans and evaporator controllers equipped with skip-defrost functionality to avoid defrosting operation when unnecessary. It’s estimated that this functionality could help the company achieve savings of up to £6,000 per annum.

Finally, the proximity of Star’s Newcastle branch at less than 10 miles away from Primula allowed the project to run smoothly, on time and on budget. The branch’s seven qualified industrial refrigeration service engineers and two apprentices will ensure the plant is properly maintained for years to come while on hand to respond to any queries or concerns.

The successful supply and installation of the new plant has provided Primula with a reliable, energy-efficient solution which will save them money in the short-term and comply with international legislation in the medium to long term. 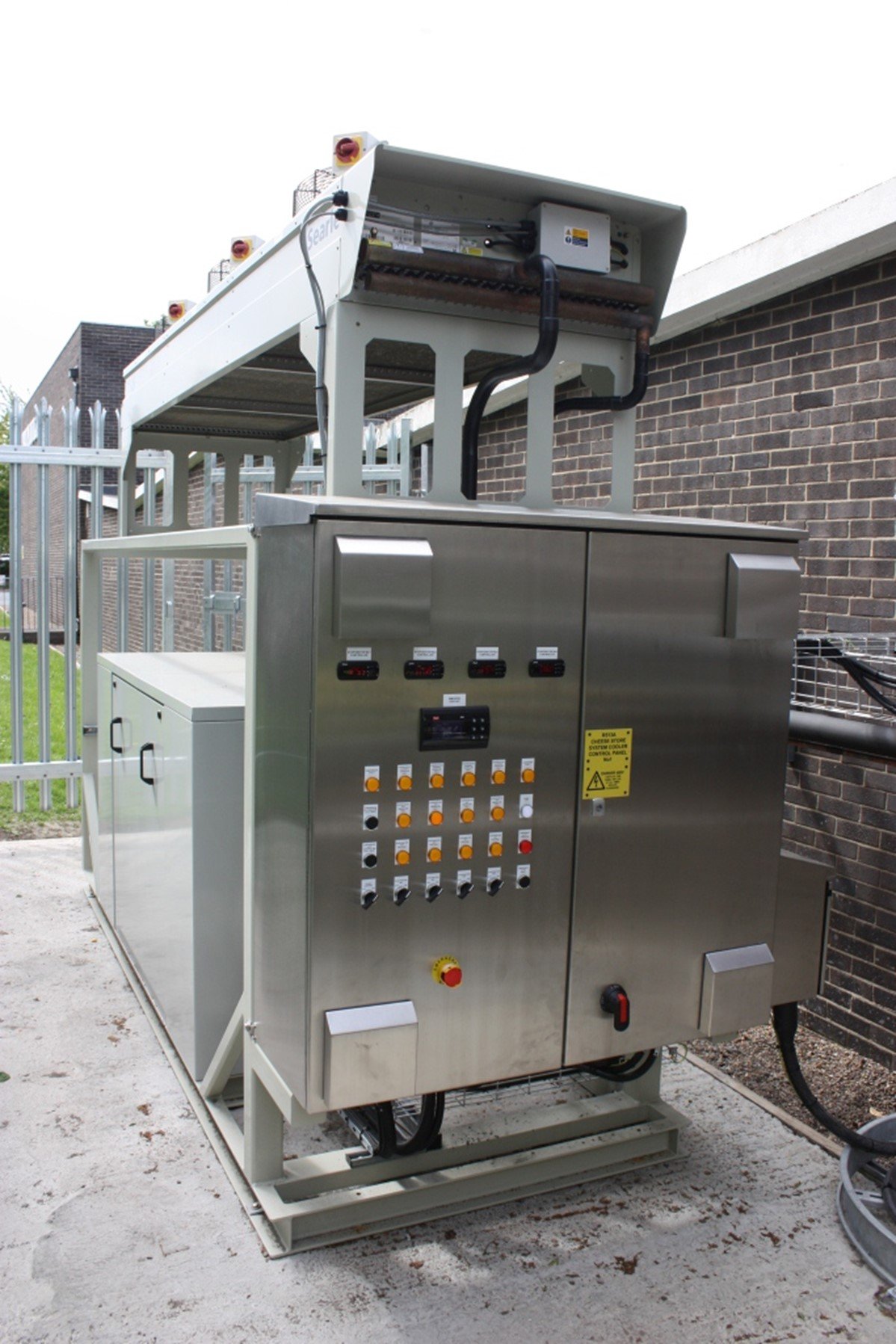