The measure of the success of a partnership lies in two things; effectiveness and endurance. Great partners stick in the memory because they made the grade over a sustained period. Lennon and McCartney, Morecambe and Wise, or Torvill and Dean wouldn’t have marked our lives as they did if their success had been only a quick burst of brilliance – limited to their allotted 15 minutes of fame. Away from the high profile entertainment world the same measures apply. It is against this yardstick that the relationship between Yearsley Group and Star Refrigeration can best be measured.

The two companies first came together in the 1970’s – the era of the three day week, glam rock and hideous fashions. Early projects included work on the original plant at Yearsley Group’s head office in Rochdale and installation of some of the first Bitzer semihermetic screws at Coleshill. In those days Star’s interests were represented by Harry Davenport (Rossendale Refrigeration) and Dave Buchanan and they worked alongside Peter, Roger and John Yearsley as the brothers turned their business from a family greengrocer into a nationwide Cold Storage and Distribution chain.

A generation later the faces, and thankfully the fashions, have changed, but the relationship is as strong as ever. In May 1999 Yearsley Group opened Phase 1 of their new head office and flagship cold store at Heywood, Greater Manchester.

The move to Heyward was prompted by business growth which had resulted in the original Rochdale site running at full capacity all year round. The growth has continued, and Phases 2 and 3 at the Heywood site followed in quick succession, with completions in October 1999 and October 2001. Yearsley Group now have space for 28,000 pallets in mobile racks at  the state of the art facility in Heywood and a total of 60,000 spaces including capacity at their facilities at Rochdale, Coleshill and Gillingham.

This expansion programme included the building of 3 low temperature cold stores capable of operating at –29ºC, a 10ºC re-pack area and a loading bay. In each case R&D Engineering have acted as consultants ensuring continuity of design. The design criteria for the cold stores included economy of operation, a “green” refrigerant, low refrigerant charge and ease of maintenance. A modular approach was adopted to the design of the refrigeration plant, and the main plant room was sized to accommodate future requirements allowing the new refrigeration packs to be added without disruption to the operating plant already installed.

All three chambers at Heywood are served by Star’s patented Low Pressure Receiver systems, operating independently and using ammonia as the refrigerant. Alan Stoll, Star’s local sales engineer since 1975, explains. “Phase 1 was over 70,000 cubic metres but Phases 2 and 3 were 24,600 and 33,000 each, so it made sense to install three separate systems. This means that the chamber temperatures can be set individually without running the plant inefficiently. If Chamber 2 – the smallest – runs down at -29ºC but the others don’t need to be so cold then their performance is not affected. This wouldn’t be possible on a central plant.”

“However each phase was required to comply with Lloyds Rules for Refrigerated Stores in its own right, including all necessary provisions for standby plant. There are three compressors on the first phase and two on each of the others, sized so that any two can hold the store at the design temperature, and redundancy is built into the other system components such as condensers and evaporators. Of course there are no liquid pumps on the LPR system, so there’s one less item of plant to worry about.”

The total ammonia content is just over one tonne, with charges for phase 1, 2 and 3 of 450, 250 and 350kg respectively. The modular LPR configuration allows a much lower charge than the equivalent pumped central plant system and also avoids the requirement for hot gas valve stations in the roof void which are always a potential ammonia leak hazard.

Six evaporative condensers, all fitted with noise attenuation, are sited on the plant room roof. Each condenser has its own automatic water treatment dosing system which is located in the plant room.

Twelve ceiling suspended evaporators are installed, six in the first phase and three in each of the other phases. Air is discharged across the 64m width, with each cooler having its own booster fan at ceiling level halfway across the store to ensure good air circulation throughout the chambers. Each cooler is arranged for reverse cycle hot gas defrosting to the coil and tray. Each system uses Star’s TELSTAR system to provide plant control and remote monitoring, with service response from Star’s Manchester branch, only 15 miles away. Ease of maintenance was an important issue for Yearsley Group and each system was provided with automatic oil return and automatic gas purging to help minimise the effort required maintaining the plant on site.

The Repack area at Heywood was established in 1999 to provide facilities for re-labelling and re-packaging stock. This provides blue chip clients with a way to deal with “problem” stock in a completely safe and hygienic way. The environment in the repack area has to be controlled to 10°C at low noise levels due to high room occupancy. Star’s solution was to install condensing units operating with R404a refrigerant and low velocity dual discharge air coolers.

Yearsley Group have also been able to benefit from Star’s experience at their new site in Gillingham, Kent. Unlike Rochdale, Heywood and Coleshill, Yearsley’s took on an existing site at Gillingham, but substantial investment, mainly in materials handling equipment and information technology, was required to bring the site up to the group’s high standard. Some work was also required on the refrigeration plant, a traditional pumped circulation system. This included modifications to the electrical supplies to bring them into line with Lloyds requirements and the European Standard EN378.

With good access to the Channel Tunnel terminal at Folkestone, and to the rest of the channel ports, Yearsley’s base in the south. It is also less than 20 miles from Star’s London branch in Gravesend, and the support of branch manager Rob Newman and his team of engineers has been a great help in getting Gillingham up and running.

Managing Director, Harry Yearsley – who is the grandson of the company’s founder – sums up the relationship well, saying: “Our business is cold storage and distribution. We concentrate on what we’re good at and we rely on Star for their engineering expertise in refrigeration.” 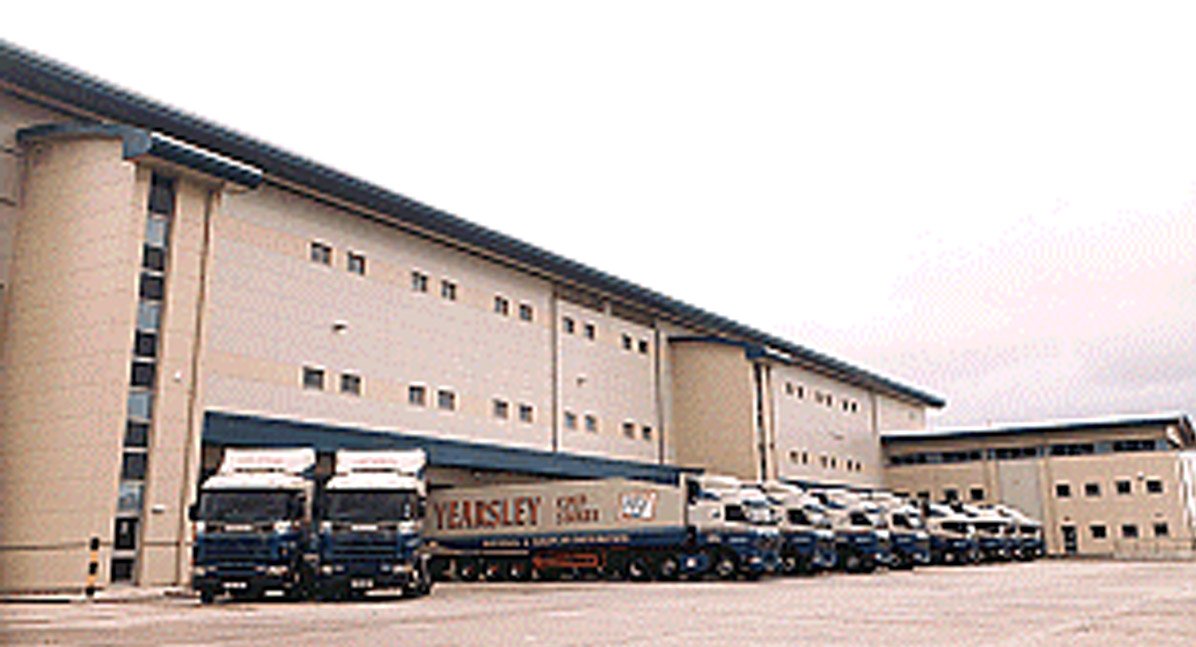