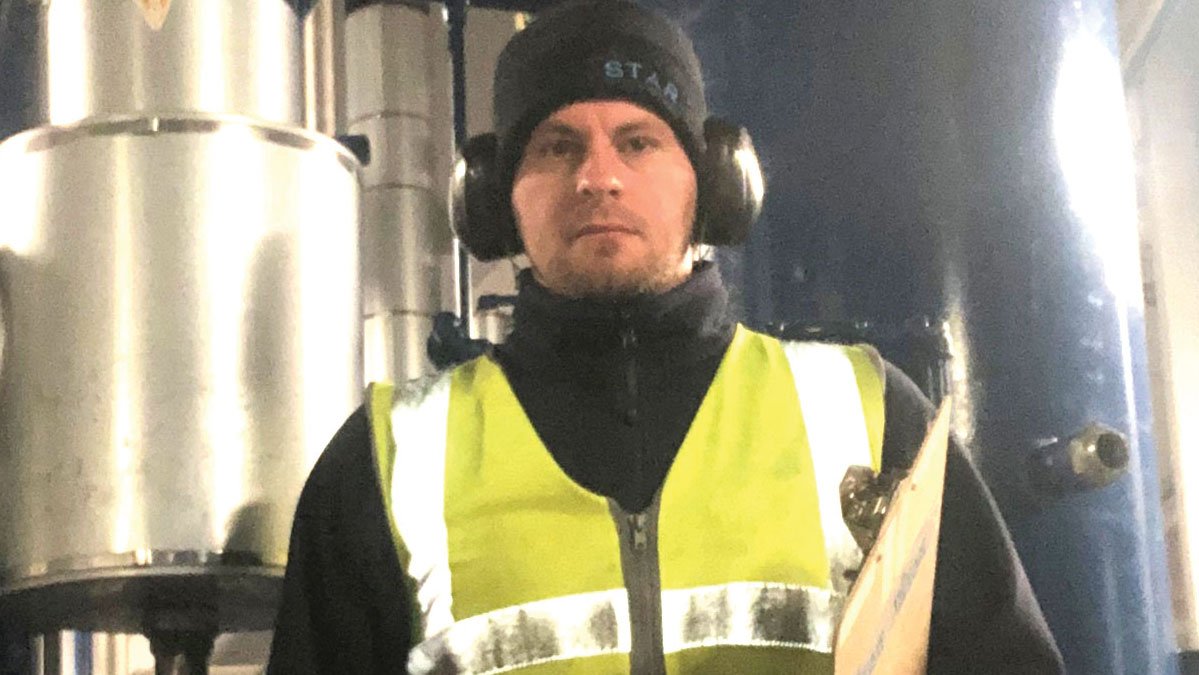 "I fancied the refrigeration sector as it’s a skilled trade and it would allow me to be mobile, hands on, along with being a fresh new challenge for me.”

Aaron decided to transition to civilian life after 17 years in the Army. He looked to the refrigeration sector as a new challenge. After more research, he applied for an apprenticeship at Star, using the online learning portal and enrolling in the fast-track program to become an industrial refrigeration engineer at our Manchester branch.

I was a Vehicle Mechanic (A) Class 1 and I later became  Inspections Department Head at a major REME (Royal Electrical and Mechanical Engineers) battalion. The corps provides engineering support and is responsible for maintaining and repairing the Army’s equipment.

At the point of leaving, I was face with the choice to stay with the forces and go on the Artificer Attaining Course, an 18 month course which would require a 5 years retention. If I had made that decision, I would have been 4 years from a 22 year-long career in the army. However, I decided to transition to a civilian life as the army can be physically demanding after such a long time.

Being a Vehicle Mechanic in the army is very different to what you are doing now with Star Refrigeration– how did this career move come about?

I fancied the refrigeration sector as it’s a skilled trade and it would allow me to be mobile, hands on, along with being a fresh new challenge for me..

Had you always shown an interest in industrial refrigeration?

I joined the army to fix tanks rather than fixing land rovers, choosing small applications was never really a choice for me.

What skills were you able to carry over from your role in the army to your career with Star Refrigeration?

Being respectful and punctual are important for any job, nobody wants to employ someone who can’t be somewhere on time and well presented. Obviously being hands on and having a general engineering background is useful as it allows me to logically work through a task even when it may be unfamiliar.

What were the biggest changes you noticed when you moved from the army to Star Refrigeration?

The work is less physically challenging and I there are lots of opportunities for career development and promotion – which I really value.

“Every day is a new challenge. Some of our engineers have 30 years’ experience and they still learn something new every day when onsite.”

You started off as a fast track engineer at Star and you are now an Industrial Refrigeration Engineer working through the company’s competency grading. Please tell us about your journey and how long has it take you to get where you are?

On leaving the army, I used my enhanced learning credits to gain a basic fridge and air con qualification at Business Edge in Portsmouth. I then applied to Star Refrigeration and immediately carried out the online training available through the star learning portal www.i-know.com to further understand the basics. Once I was given the fast track apprenticeship we settled on a salary which was suitable for a home owner and offered much room for improvement. I worked through the motivate series handbook as well as attending sites with various engineers to get an understanding of each other’s different approach to several tasks. Once I proved competent, I began attending sites alone and eventually was added to the standby rota.

Please tell us a bit about your job. What type of work do you do on a daily basis? Perhaps you can take us through ‘A day in the life of an industrial refrigeration engineer’.

I provide regular maintenance of industrial refrigeration plants to ensure they continue to perform efficiently and reliably. I also carry out routine checks on systems to ensure minimum downtime, especially on production based systems. On every visit to site, maintenance is generally carried out following a list of tasks and performance health checks, taking plant run logs and ensuring the plant is operating correctly. There can also be service visits whereby a customer has requested specifically for an engineer’s visit, this could be something as small as a damaged solenoid coil to a major refrigerant leak. Every day is a new challenge. Some of our engineers have 30 years’ experience and they still learn something new every day when onsite.

What advice would you give to anyone who is switching from a career in the army to one in a completely different industry such as refrigeration?

Get as much information about the trade itself as you can and decide whether you think you are capable and up for the challenge of moving into that industry. Allow yourself plenty of time on resettlement to get everything in order, the one year of resettlement time is over in a blink and I’ve known some people to not have anything lined up at the time of leaving.

Don’t leave yourself without options. Try to do as many courses as possible and give yourself the best possible chance of finding a suitable position on leaving. There are always jobs out there, a lot of them aren’t found through agencies, ask around family, friends and friends of friends, you will find something if you apply yourself.