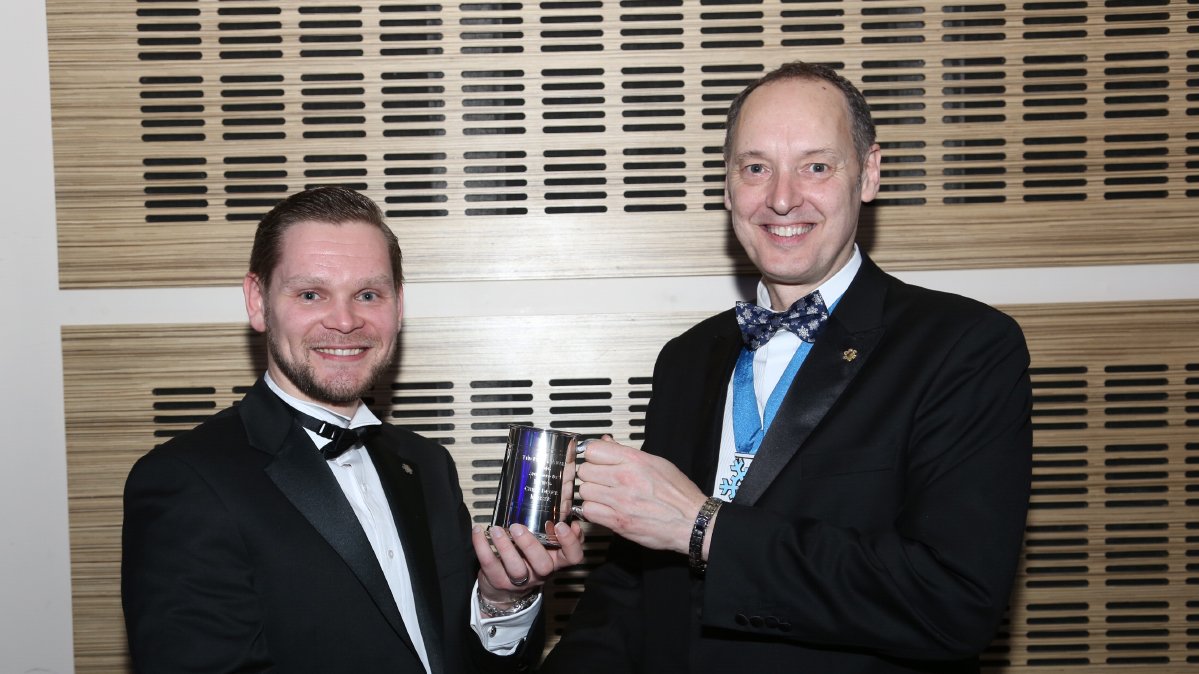 "I have been working for Star since 2007 and I have most enjoyed working for a company that is fully supportive of your development, both as an individual and also in developing specialist skills to be applied within the Industry. I have enjoyed working as part of a team and consider myself lucky to be surrounded by kind, supportive people."

How did you start working at Star?

I left school at 18 having completed GSCE’s and A-Levels. I was then lucky enough to be offered the opportunity of applying for an apprenticeship with Star.

What attracted you to the industry or Star in particular?

I was initially attracted to the company industry based upon the feedback and recommendation that I had been given from the father of a friend who was a refrigeration engineer and was passionate about refrigeration. He said that refrigeration shapes the world we live in – from the internet, computers and ice cream to medicines and beer!

What kind of training did you receive during your time as an apprentice?

I completed a three year apprenticeship with Star in which time I was awarded NVQ Level 2 and 3 qualifications while gaining practical experience with engineers on sites.

Star have supported my desire to continue education where I completed my FDEng in Building Services Engineering in 2013 and then topped this up to a BEng (Hons) degree this year.

Upon completion of my apprenticeship I moved into a Service Engineers position at the Oxford Branch. I was encouraged to apply for the role of Service Manager following a long period of vacancy. It was a long term ambition however I felt confident and re-assured that it would be a good opportunity to give it my best attempt. Now being in a position where I manage a team of service engineers and apprentices, the most notable changes are the level of responsibility and customer relations.

How has being in different roles been of benefit to you and the job you do for customers?

Having served time as a service engineer has benefitted me greatly as a service manager, I find that my technical understanding is of a good standard to assist within meetings and fault diagnosis. The plant familiarity also helps when guiding other engineers.

I enjoy the organisational and motivational aspects of the role and working within a team. I find having the ability of coordinating the resolution of a customer’s system problem very rewarding. I currently find the biggest challenge to be managing the workload and demands of our customers along with expanding our current maintenance profile.

I was very proud of being awarded the National Student of the Year Award in 2010 from the RAC. More recently at the awards evening upon the completion of my BEng (Hons) degree course I was awarded “Best Research Project” and “Best Overall Project”. A rather large trophy was awarded that I then had to carry home on the tube which was all very embarrassing. I was especially proud to discover that the hard work paid off when I was awarded a First Class Honours Degree within the Building Services discipline when I got my results earlier this year. I was also honoured to be awarded the IOR Kenneth Lightfoot Medal for the best research paper in 2019.

I have been working for Star since 2007 and I have mostly enjoyed working for a company that is fully supportive of your development, both as an individual and also in developing specialist skills to be applied within the Industry. I have enjoyed working as part of a team and consider myself lucky to be surrounded by kind, supportive people.

At present I am currently happy working within an Operations based role and feel I have a lot of skills that can be improved within the current role. I will have to see where the future takes me.

The introduction and development of the F-Gas Regs suggests that a huge shift is likely in the future to natural refrigerants where I feel Star will be in a strong position to capitalise on this.

Are you a member of any industry associations?

I am a member of the IOR, which gives access to a wide range of interesting publications in addition to a wide network of Industry professionals.

What do you know now about the industry which you wished you had known before?

As experience and technical understanding is gained it becomes less intimidating to deal with certain situations. I would like to tell my younger self not to stress so much about pressured situations and that it works out for the best in the end.
Chris Druce, Service Manager