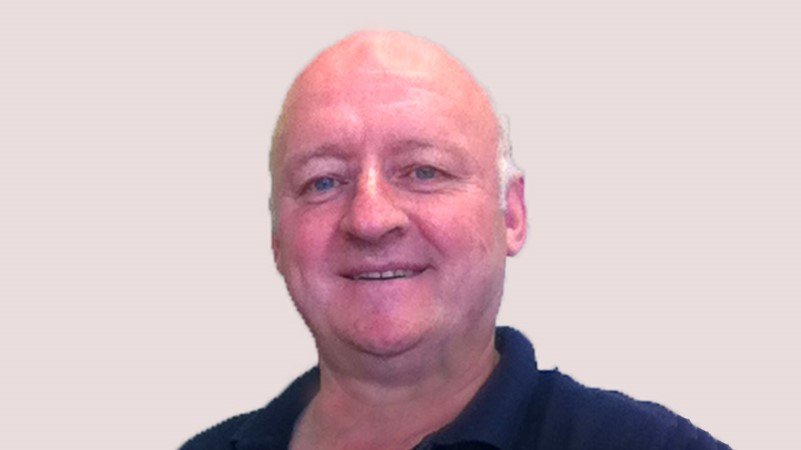 “Star Refrigeration is highly renowned for innovation and for their pioneering technological developments across the world. With an award-winning engineering team, I was confident I was in good hands and was going to learn from the best.”

From star musician to Star Refrigeration– how Star’s Training Manager moved from the army to the office. Dave Bartlett served in the Armed Forces for 18 years. On leaving the military Dave began a career in refrigeration as an engineer with Star, before moving into management. He’s now been with the business for nearly 25 years. We spoke with Dave to find out how the transition happened and what it was like for him.

I was a musician in the army, playing saxophone. It was a full time job and we would play most evenings and weekends, dependent upon demand. Functions and events were both military and civilian and included extensive travel. I was fortunate enough to visit a great deal of Europe; Germany, France, Holland, Denmark, Sweden, Italy and places further afield, such as the USA. During my service years I also briefly served as a medical assistant in Northern Ireland and tours of operation during the first Gulf conflict in 1990/1991.

After 18 years of playing the saxophone and supporting the battalion in operational zones I decided it was time for a change. I had to get away from continuously being in life threatening situations and just needed a change of environment. I was proud of everything I had achieved in the Army but felt there must have been something else out there for me to put my mind to.

I was looking for a new challenge that would bring a total change and have long term career potential. Let’s face it, refrigeration is all around us and something we take for granted. There will always be a need for refrigeration engineers.

Playing saxophone is very different to what you are doing now with Star – how did this career move come about?

I was very lucky in that it was actually fate that brought me to Star. I knew Richard Sawbridge who at the time was a service engineer with our Bristol office; he subsequently progressed to become Star’s Head of Business Support. In early 1996, Richard told me about a potential opening for a trainee engineer position as Star looked to open a new office in the Oxford area. This coincided with the time that I was beginning to consider a change of career. I was interviewed for the job and was subsequently made an offer. I’ll never forget that I left the army on Thursday 28th February and entered into my new engineering job the very next day (yes a Friday)!

“Star has a great support ethic and training programme that taught me everything I needed to know about the industry and I continue to learn to this day.”

Had you always shown an interest in refrigeration?

Not at all! Before joining Star, all I knew about fridges was that they were a box in your kitchen that kept your food and drinks cold! I had never thought of myself as a future refrigeration engineer, but you just never know where life will take you.

What skills were you able to carry over from your role in the army to your career with Star?

I learned a lot about commitment and being dedicated to the task at hand in the army, and I was able to bring these essential traits with me to Star. I also learned that it’s important to always make good of an opportunity and to have the attitude to want to make things happen, and these were especially useful for me when starting off at Star.

What were the biggest changes you noticed when you moved from the army to Star?

With the army, you were always in a very controlled environment that was tightly managed, due to the often dangerous situations you would be in or be near. When moving to Star, I had to get used to being more independent. As an engineer, you are allocated works and expected to deliver. You are still part of a team but often find yourself out there alone with deadlines to work to. The means solving problems yourself and having self-discipline to carry out tasks in the time provided.

You started off as a trainee engineer at Star but you are now the Training Manager, so you have progressed quite a bit! How long did it take you to move onwards and upwards at Star?

It took me about 6 months to progress from “trainee engineer” to just “engineer.” Star’s staff are extremely knowledgeable about what they do. Star Refrigeration is highly renowned for innovation and for their pioneering technological developments across the world. With an award-winning engineering team, I was confident I was in good hands and was going to learn from the best.

I continued to develop my engineering skills over the course of a further 3 ½ years, and then in August 2000, an opportunity for Oxford Branch Manager came up. After some very careful consideration, I decided to put my name forward. I was subsequently notified that I had been successful, so took another huge step and managed the Oxford branch for 15 years.

In 2015, our previous Training Manager, Jeff Little retired and the company was looking for a replacement. So, I tried my luck once again – and it paid off!

What advice would you give to anyone who is switching from a career in the forces to one in a completely different industry such as refrigeration?

My advice would be to approach any new opportunities you are given with an open mind. Take me, for instance – when leaving the army, I never would have believed I would be where I am today, but that is because I was open to the idea of starting afresh in an industry I was unfamiliar with.

It’s not difficult at all to educate yourself on the fundamentals of refrigeration, what with the endless resources on the internet.Star has an eLearning website with courses and all our engineers and apprentices are enrolled on all the courses for free upon joining the company. I would also advise to always show commitment and ambition, both to your training and to your role in general. The more committed you are to the initial training offered to you, the quicker you can progress.

These days when searching for employment a little good fortune can go a long way. It has often been said “It’s not what you know, but who you know.” If I hadn’t met the right person, I wouldn’t be where I am today. It is likely I would have come out of the army and gone into another uniformed profession; a prison officer or security guard.

Employment fairs like those laid on by CTP (Career Transition Partnership) are crucial. They are a fantastic opportunity for both serving and ex-military personnel to have a chance to meet the right person who will kick start a new career and new life – you just need to come along with an open mind. I regularly attend these events so look out for the Star Refrigeration booth and please come and talk to me about future opportunities.

For details of CTP fairs across the country, visit the CTP website https://www.ctp.org.uk/events.