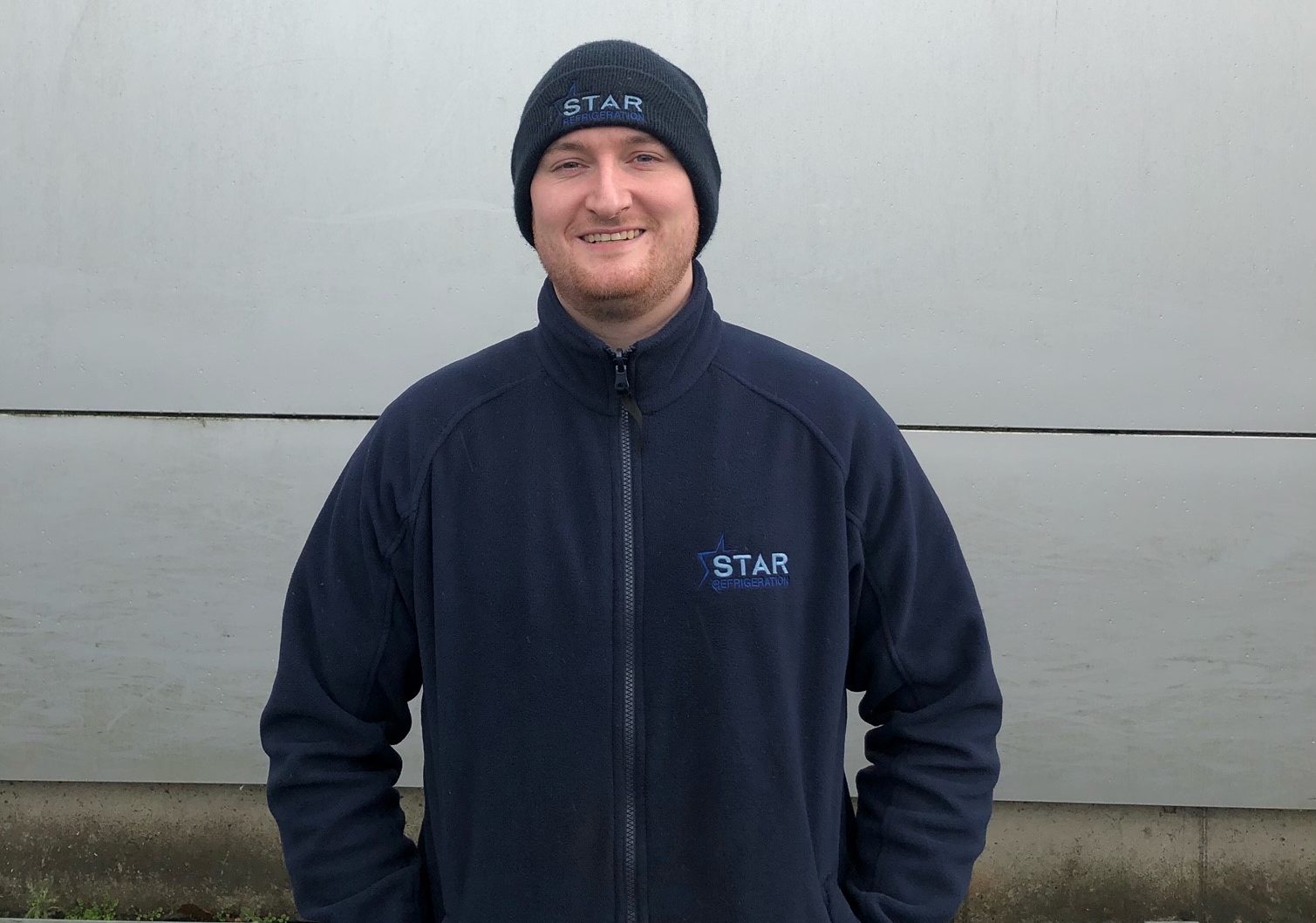 ''The trust the management showed continued throughout my apprenticeship and even to this day, I have been a fully qualified engineer for almost 5 years now and I would say that has definitely helped my career progression. Overall Star has a great apprenticeship program and this produces engineers at the top of the trade.''

After the factory he was working for closed down and he had to leave his previous Apprenticeship, Keir joined Star as a second year Industrial Refrigeration Engineering Apprentice, attracted by the benefits that Star offers to its employees. 5 years on from completing his apprenticeship, he works as an ST2 engineer and hopes to progress to an ST3 engineer by the end of the year. In the future, Keir has ambitions to enter a supervisor or manager role.

How did you start working for Star?

I was actually doing an Injection Moulding apprenticeship for a different company at the beginning and unfortunately that factory I was working in was closed down. Since I was doing my apprenticeship through East Kilbride Group Training Association they assisted me in finding another apprenticeship with Star. Fortunately for me, Star’s Bellshill branch were looking for someone who had already completed the basic training at EKGTA and I was the perfect candidate at the time so I got the job.

What is your educational background?

After leaving high school I attended college where I completed a course in Electrical Engineering as at that time I wanted to go into that field. I was accepted into the next stage of that course when I was offered the apprenticeship in Injection Moulding. I felt I couldn’t let the opportunity slip away so decided to take it. During that apprenticeship I completed a college course on Manufacturing Engineering too. I joined Star as a second year apprentice and since then have been sent on quite a few different courses that are pertinent to the job we carry out such as IPAF, PASMA, first aid and an electrical safety course to name a few.

Being a refrigeration engineer is something that I admittedly never thought of becoming but after my previous apprenticeship fell through due to the factory closing, my EKGTA mentor got in touch and told me about the opportunity at Star. He told me of all of the benefits Star offered with employment and after hearing these amazing benefits I couldn’t turn it down.

Describe your apprenticeship experience with Star?

As I said previously I started with Star as a second year apprentice as I had already completed the basics in my previous apprenticeship. The meant I was already given some responsibilities that a new apprentice maybe wouldn’t have been trusted with right away. This gave me a feeling that the management had faith in my abilities and knowing this gave me and sense of pride and responsibility to show them their trust was well placed and this pushed me to work harder and ensure I learned the trade.  The trust the management showed continued throughout my apprenticeship and even to this day, I have been a fully qualified engineer for almost 5 years now and I would say that has definitely helped my career progression. Overall Star has a great apprenticeship program and this produces engineers at the top of the trade.

What is your current role and where do you see your role progressing?

At the moment I am an ST2 engineer and I’m hoping to be moving to an ST3 engineer by the end of this year. For now I am happy to be working through the grading system as a site engineer but one day I may look to move into being a supervisor or a manager.

It may sound very cliché but if you are doing an apprenticeship, in any trade not just with Star, always strive to learn your trade as much as possible when you have the time to study and learn from experienced tradesmen or engineers. Even after you become fully qualified the world and technology is constantly changing so you will continue to have to learn new things constantly so always be willing to learn new things and don’t get stuck in old ways.