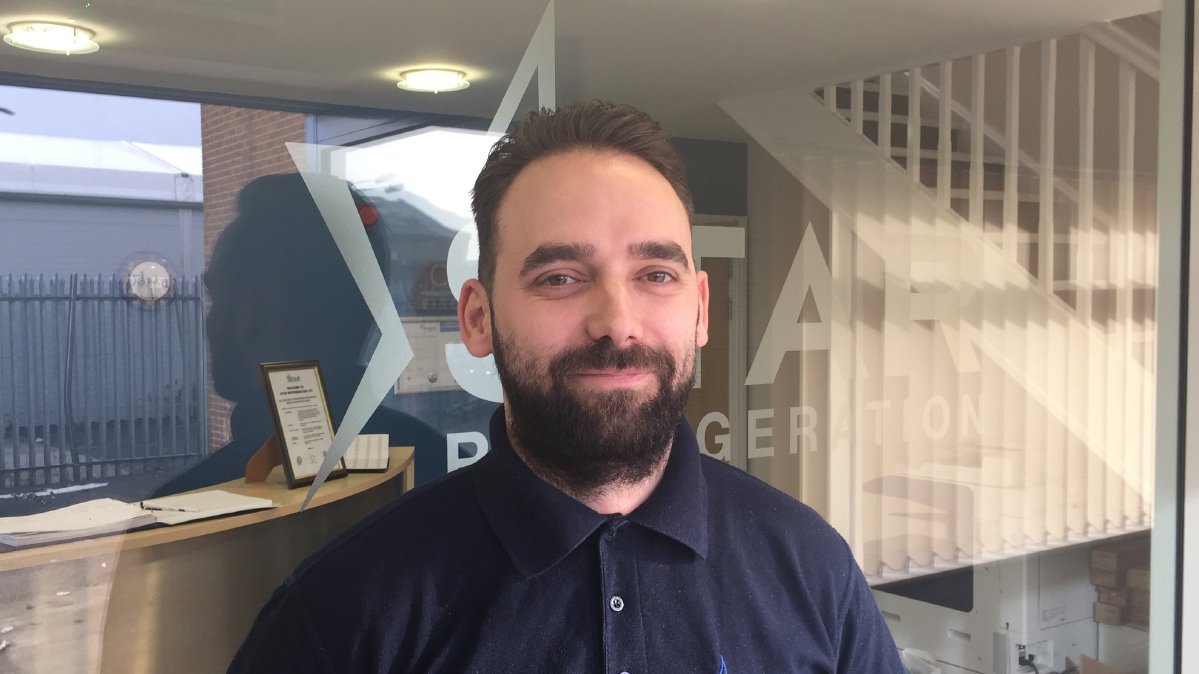 "I have received practical, hands-on training and theoretical training at a college. The practical aspect of it involved shadowing the most experienced refrigeration engineers in the company to whom I will always be grateful for their continuous support and encouragement."

After breaking his ankle during the first week of his training in the army, Paul Newton joined Star Refrigeration’s Operations Group as an industrial refrigeration apprentice engineer.  His story illustrates the way careers are sometimes forged through unexpected circumstances. Paul’s first career choice was not an apprenticeship, but turned out to be the right one! Paul has since progressed to his current role of Service Manager for Star Refrigeration’s Derby branch.

I always wanted a career and not just a job and Star Refrigeration were offering this.

I have received practical, hands on training and theoretical training at a college where I’ve managed to get a NVQ 3 in refrigeration alongside other qualifications linked to refrigeration and heating engineering. The practical aspect of it involved shadowing the most experienced refrigeration engineers in the company to whom I will always be grateful for their continuous support and encouragement.

When I finished I was a fully qualified engineer with a lot still to learn. Star offered me a permanent job position and the opportunity to access the company’s internal engineering training programme which is based on competence. The ST grading structure goes from ST1 to ST5 and validates engineering ability.

I moved up the engineer grades over a number of years and was offered the role of service manager which seemed the natural progression. I work very closely with the younger or less experienced engineers on a daily basis, I try to assist with fault finding and any onsite training. Previously I was involved in large branch contracts which included the commissioning of new systems.

Has having different roles been of benefit to you or the job you do for customers?

Seeing other departments and processes within the company helps you understand each person’s role and give you an understanding of how the company operates as a whole. In big industrial contracts many different parts of the business are involved and sometimes they all play a role, from sales, design and production to project management, installation, commissioning, aftersales and training. As a turnkey solution provider, we must be vigilant and ensure all the small pieces of the puzzle come together to deliver a valuable service to the customer.

I still enjoy working with the team of people we have. My biggest challenge is working with many different personalities and trying to ensure all the engineers are progressing and happy to come to work every single day.

I’ve worked on some very interesting jobs like when we installed a temporary ice rink at the NEC in Birmingham for a car show. We had the 3 James Bond Aston Martins on the ice for two weeks!. I was also involved with commissioning a large data centre, we installed nine Turbocor compressors and the testing before going on line was the most intense I have ever been involved in.

If you’re a slightly bit interested in plumbing, electrics, mechanics or working in a great team then look at becoming the next Star Refrigeration Apprentice.
Paul Newton, Service Manager