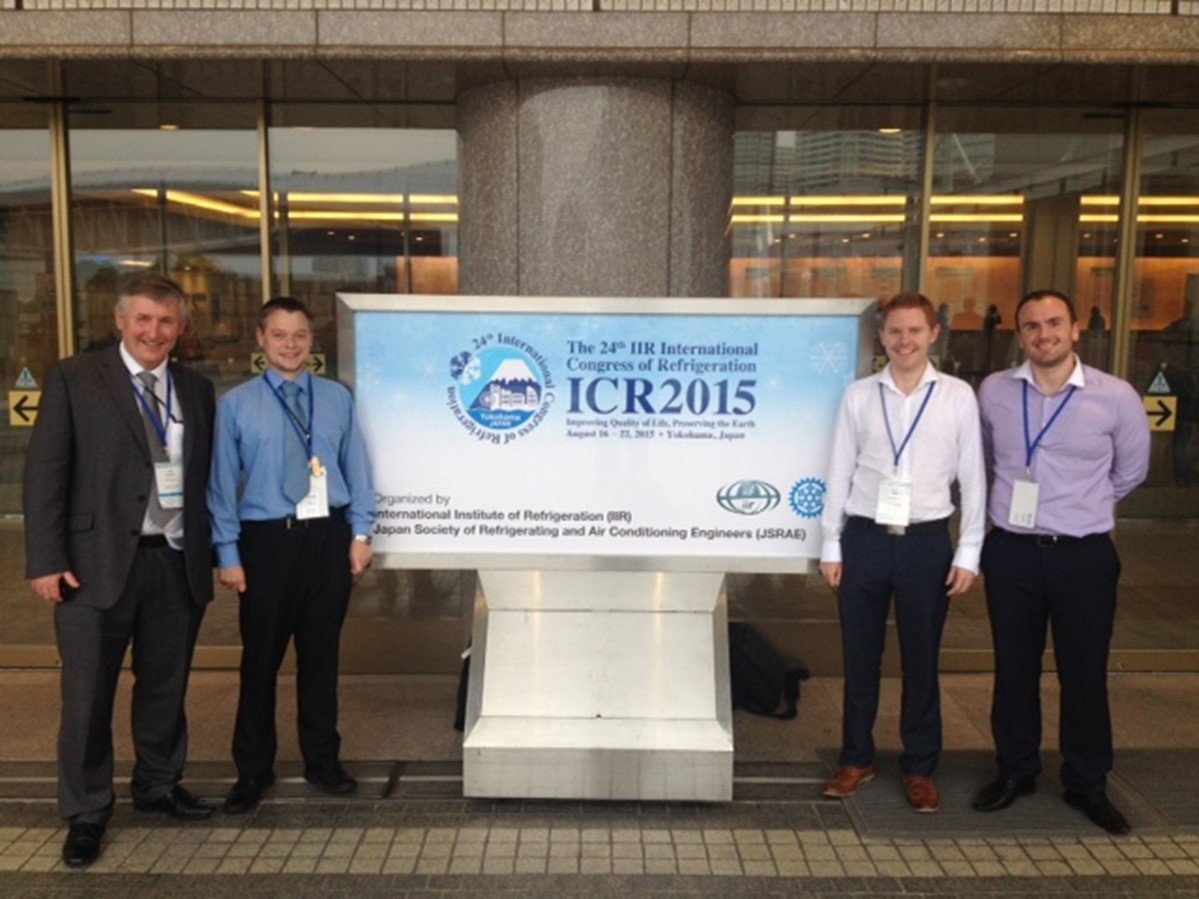 Star Refrigeration’s Group Engineering Director Dr Andy Pearson delivered a lecture to engineers and researchers on Ammonia Compliance at ICR 2015, one of the most important events of the refrigeration industry calendar. The company showcased its credentials as a market leader in the refrigeration sector, by once more acting as platinum sponsor for the conference.

The 24th IIR International Congress of Refrigeration took place last week in Yokohama, Japan, where Star Refrigeration were Platinum Sponsors at the foremost industry conference. The congress is organised by the International Institute of Refrigeration and delegates from across the world gather to hear a number of keynote speeches, take part in workshops and connect with suppliers within the industry.

Topics on this year’s conference agenda included, thermodynamics, storage and logistics, heat pumps, energy recovery, and ammonia refrigeration among a multitude of other subjects that are crucial to the sustained development of the industry.

Dr Pearson noted that ammonia has been used as a refrigerant for over 150 years and that its flammability requires careful safety consideration in the design and operation of refrigeration systems, but ignition of ammonia is a very rare occurrence and is virtually unknown in systems which comply with European Standards requirements. He also offered an overview of the legal framework including the requirements of regulations derived from the ATEX directive 94/9/EC, which in the UK is covered by the Dangerous Substances and Explosive Atmosphere Regulations (2002), known as DSEAR.

The presentation also touched on the procedure to be followed in conducting a hazard analysis for a new installation and highlighted the difficulties with EN60079, the standard used for risk assessment of hazardous areas were also highlighted.

Finally, it was pointed out that there is a new approach using software to model potential releases and calculate the zoning requirements. Details of the basis of the software and the effect on the compliance requirements of adopting this new approach were also given. The technical lecture concluded with some practical examples of zoning for various types of ammonia plant.

This year’s conference featured a diverse range of engaging workshops including “Risk Assessment of Flammable Refrigerants”, and “Pioneering challenge on Thermodynamic Properties Research on Refrigerants.” Keynote speakers included Yoichiro Ikeya, of Sumitomo Heavy Industries, Mark O. McLinden of the National Institute of Standards and Technology in the US, and Kuniaki Kawamura of Mayekawa in Japan.

Dr Pearson says, “Being a platinum sponsor and participating in the International Congress of Refrigeration is an honour for Star and helps reinforce our standing as a leading provider of industrial refrigeration solutions. This year we supported the conference by providing USB flash drives for the delegates.”

“During the event, our engineers attended workshops, conferences and visited industry suppliers at the exhibition hall.”