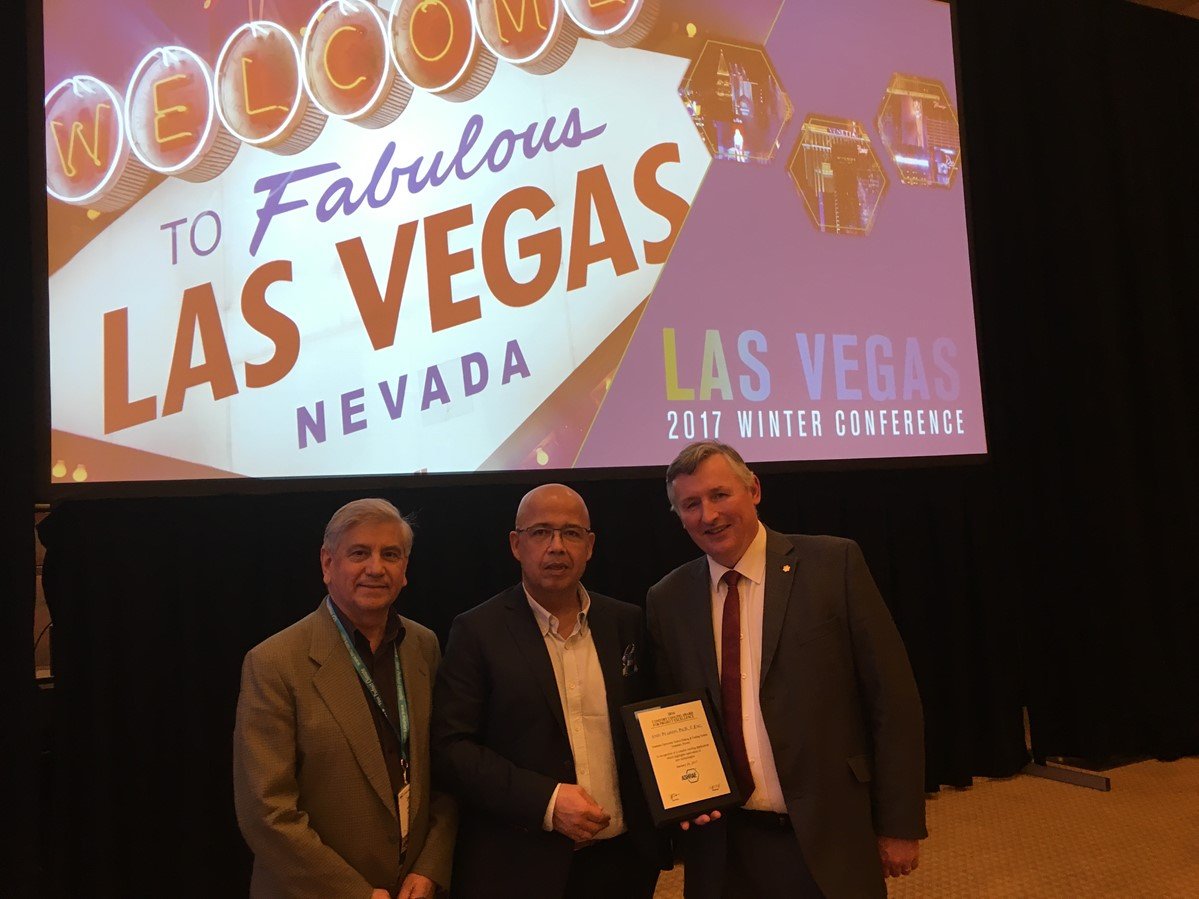 Dr Andy Pearson, Group Managing Director of Star Refrigeration, has again been recognised by industry peers for his technically revolutionary high temperature district heating and cooling system. Pearson was presented with the Award at the American Society of Heating, Refrigerating and Air-Conditioning Engineers Winter Conference 2017 in Las Vegas.

Held annually, The Comfort Cooling Award for Project Excellence is presented by ASHRAE’s Honors and Awards Committee to project designers and owners in recognition of innovative concepts, incorporation of new technologies and solutions to complex refrigeration problems.

The district heating and cooling system works by extracting warmth from the cold waters of a local river and boosting it up to 900 degC for heating on a massive scale.

Dr Pearson led the project from the Star Refrigeration headquarters in Glasgow. A bold design approach saw, for the first time, the use of ammonia – a natural refrigerant with zero ozone depletion and global warming potential- instead of high GWP HFC refrigerant, something that had never been done before in a high temperature district heating scheme of this scale.

Operated by Norwegian energy supplier Drammen Fjernvarme AS, the district heating and cooling scheme has been providing Drammen with 85% of the city’s heat demand and has delivered over 400GWh of clean heat since its installation in 2011. In addition, the electricity consumed by the heat pump on a three to one (3:1) ratio is supplied by hydropower, making the system’s carbon footprint virtually zero.

Pearson’s work achievements in the refrigeration and heat pump industry have been recognised internationally by several organisations. He was named ASHRAE Fellow at the Society’s annual meeting in Orlando on January 23, 2016.

Collecting the award, Pearson said, “I am honoured to accept this award from my Fellow members of ASHRAE on behalf of all of the team at Star Refrigeration who worked hard to deliver Drammen’s vision of a community-wide, carbon free heating system.”

“In particular, I’d like to thank Jon Ivar Bakk and the rest of Drammen Fjervarme’s management team for the support and enthusiasm they showed throughout the whole project.”

“The award not only credits innovation but offers an insight to the considerable scope for the environmental and economic benefits that district heating and cooling systems can offer to entire communities”.

Jon Ivar Bakk, CEO of Drammen Fjernvarme AS, said, “We are very happy to see our project recognised by industry leaders and at such a high profile event. The system has been working uninterrupted for over five years and has delivered savings of €10m and 75,000 tonnes of carbon emissions to date. Our system’s technology offers a reliable and sustainable source of clean energy to meet the town’s heating needs.”

ASHRAE is a research hub and leading voice in the world of heating, ventilation, air conditioning and refrigeration, and brings together over 56,000 members from 132 nations. Through its work and the recognition of major developments in the industry the organisation aims to advance innovation that serves humanity and promotes a sustainable world.