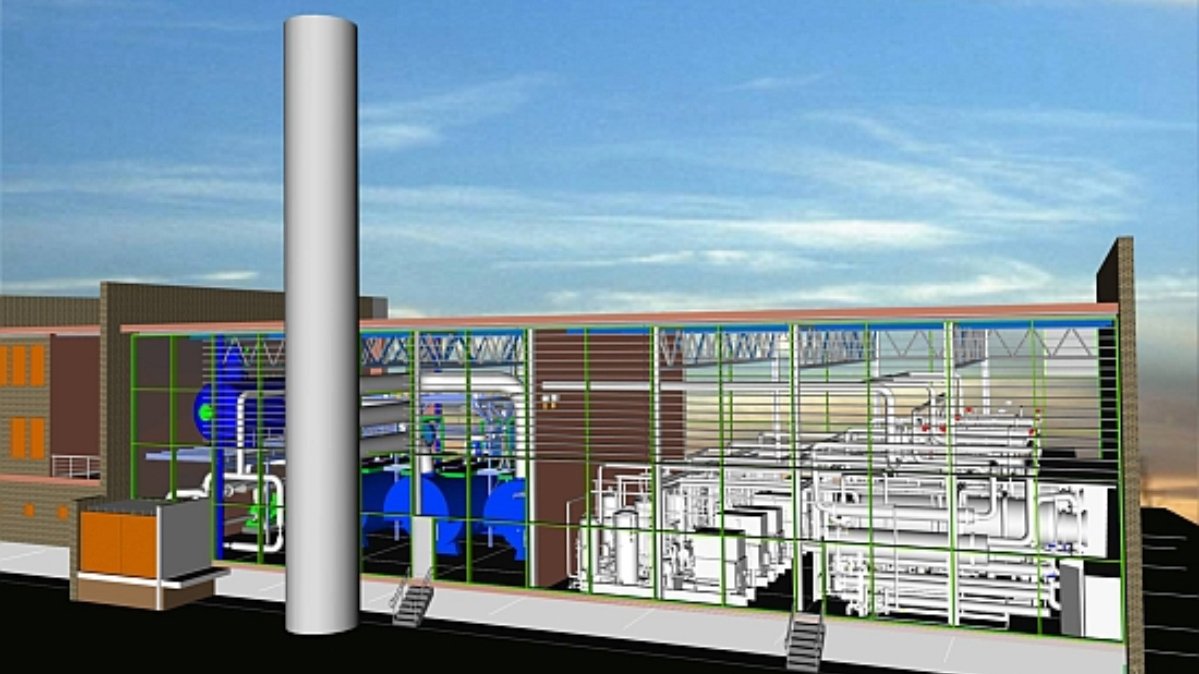 The innovations that make this a pioneering technology in renewable heating include the use of ammonia, a non-ozone depleting refrigerant with zero global warming potential, and the capability to heat up to 90ºC. Commercial heat pumps use HFCs, which are potent greenhouse gases, and heat at a maximum of 65ºC.

The ability to heat up to 90°C means that industrial water heat pump technology can now be used for industrial processes and to retrofit old buildings too. The substitution of HFC gases for ammonia eliminates an equivalent of 800,000 km in car travel per year from gases leaking to the atmosphere.

The Drammen project elevated heat pump technology to new heights. With total savings of around €8m and overall carbon savings equivalent to driving 8,320 times around the globe, the district heat pump received significant international attention, winning a number of accolades for the groundbreaking technology once labelled as impossible by The International Energy Agency, and later awarded the IEA’s prestigious Rittinger Medal in May last year.

The Drammen Fjernvarme heat pump project represents a new era of sustainable heating for cities around the world.