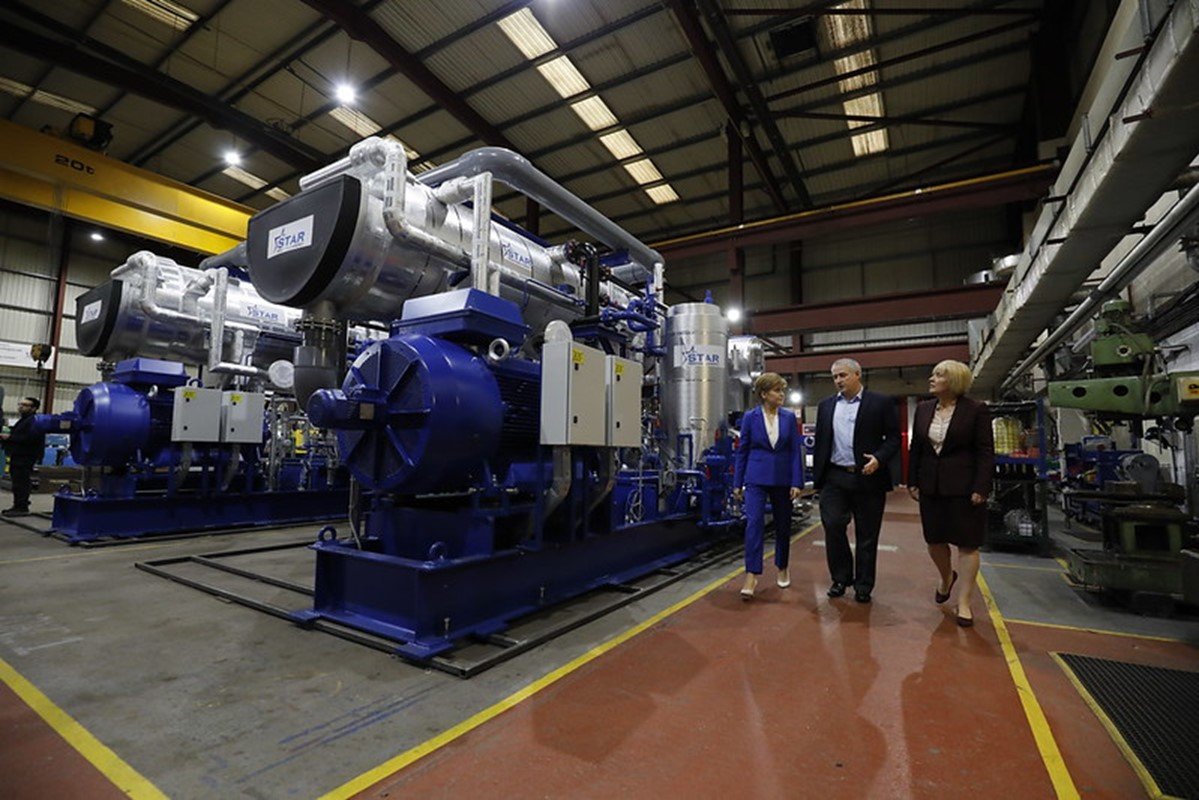 As the planet faces irreparable damage, it’s time to take action – City Councils and businesses across the UK are urged to make a ‘Fairopoly’ pledge to decarbonise your city’s heating and cooling network.

The Director of Star Renewable Energy and ‘Champion of Renewables Award’ winner at the Scottish Green Energy Award 2019, Dave Pearson, calls for the establishment of a Fairopoly in every UK city.

The Fairopoly concept is to have a tri-partite agreement between city councils, buildings and heat network developers to buy clean heat from district heating if provided at a fair price by the supplier. City-wide businesses in both existing and new buildings make a promise that they will purchase a minimum quantity of heat once the network is established. With enough of these pledges incentivised by councils and government planning departments, funding can then be raised to begin deployment across the country.

“In the drive to tackle climate change, it is imperative that we legislate for implementable change which will see the immediate and continued progress towards the ultimate discontinuation of fossil fuel consumption. As the UK is the first major economy to declare a ‘Climate Emergency’ and thus legally committing to zero net carbon by 2050, establishing a Fairopoly across cities will allow this to happen”, said Mr Pearson.

It is estimated that £45 billion of fuel is imported to the UK each year and approximately 50% of this is used for heating. Cities with high building density have the opportunity to explore cutting-edge low carbon options, such as district heating and cooling.

Star Renewable Energy was founded to recognise the growing interest in this area of Star Refrigeration’s work. Focused on large scale heat pumps for district heating and industrial applications, the company’s award-winning technology can deliver energy harvested from water or air in a ratio of up to 10:1 vs “drive fuel consumed” – this fuel typically being electricity. Heat pumps offer a clean alternative to combustion, capturing low-grade heat from cool sources and boosting it to a useful temperature while at the same time generating cooling as a by-product. Even just harvesting heat from a chilly river allows a 3:1 ratio at 80C delivery temperature.

The Fairopoly concept aims to create a clean citywide thermal network by adding heat pumps to river banks or even barges which will generate hot water and heating for local homes, businesses, hospitals and schools. At the same time, it can deliver cooling for industrial processes or air conditioning. Using offshore windfarms to deliver the electricity to drive the heat pump means that heating is delivered carbon-free and decarbonisation of heating for entire cities across the UK is immediately within reach.

Mr Pearson, who received the Institute of Refrigeration Gold Medal for his dedication to the promotion of industrial heat pumps last week, added, “The technology is already here and it has been proven in a Norwegian city with a population of 60,000 inhabitants. In 2014 Star Renewable Energy installed a 14 MW heat pump in Drammen to provide heating and hot water to the city. The same technology is underway on Clydebank for 2020, and we are excited to see it being rolled out across the country”.

“The missing link is that cities, who legislate in their region, must establish an imperative, a desire such that buildings want to join a Fairopoly. Using Clean Air laws, this could start now. The alternative to making the pledge is either that buildings achieve a 10% emissions reduction every year by themselves, or are forced to switch off their gas consuming devices more and more often every year to reach the target. A pledge to join a Fairopoly would seem far more palatable, and if it was at comparable cost why would any business say no?”

To find more about the concept of Fairopoly, visit https://www.fairopoly.com. Neither Star Refrigeration nor Star Renewable Energy offer such contracts- the website is intended to promote the critical thinking required to achieve net-zero greenhouse gases by 2050 through the decarbonisation of the UK’s cities heating network.

To find out more about Star Renewable Energy visit www.neatpumps.com