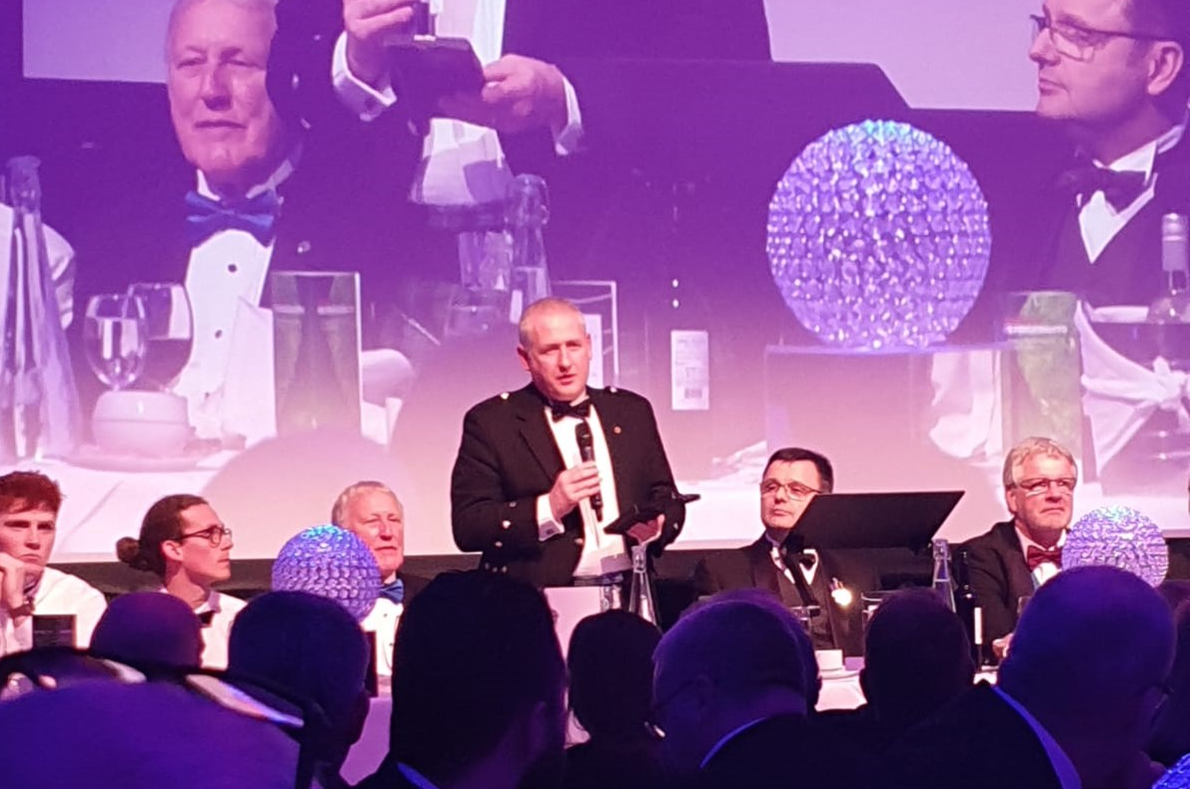 Director of Star Renewable Energy, Dave Pearson, was named winner of the J & E Hall Gold Medal at the Institute of Refrigeration Annual Dinner tonight. The award was particularly meaningful as Dave follows in the footsteps of his father Forbes, who won the award in 1991, and his brother Andy, who was presented with the accolade back in 2006.

Dave expressed his gratitude, saying: “I was stunned to hear the news that I’d won the J & E Hall Gold Medal. For the past 12 years, my focus has been on the development of industrial scale heat pumps and their place in the market. I’ve consistently strived to raise awareness of how well heat pumps can support our sustainable heating goals.”

The internationally-respected J & E Hall Gold Medal recognises the most noteworthy practical contribution in the field of refrigeration, air conditioning and heat pumps. It is open to both individuals and teams who have gone above and beyond in practical applications of innovative designs and projects which have made a unique and innovative contribution.

For over 12 years, Dave has promoted the advantages of heat pump technology within the industry, which has seen him campaigning at local, national and international government level for the inclusion of large heat pump systems in low carbon housing, social and commercial schemes. He has also led the deployment of the world’s largest water-sourced 90°C heat pump system at Drammen in Norway – which takes energy from a fjord to provide the town with 85% of its heating needs. This achievement is still unmatched across the world after a staggering nine years of being in operation.

“The key difference with large heat pumps is the temperature that they can go to which will make projects like Drammen viable. It’s only recently that we’ve been able to get efficiencies to a level that can make a significant difference. We’ve adopted ammonia as a working fluid due to its environmentally friendly credentials and the high temperatures that can be reached, leading to a saving of approximately 25% electrical demand compared to synthetic working fluids,” he explained.

Dave’s work has ranged from consulting with local authority planning departments, to advising the European Commission and working with trade associations in the building services industry. As a result, the possibilities brought about by industrial scale heat pumps are now understood to go far beyond the capability of small domestic units in both temperatures range and efficiency.

“By developing heat pump technology on this scale, we are tackling two problems – climate change by cutting CO2 emissions and poor air quality, of which has been a major cause of pollution through the use of fossil fuels. By doing so we are putting heat pumps at the forefront of government policy to develop a low carbon economy,” he added.

Dave frequently delivers talks at conferences and universities to help people across all ages and industries to see the value of heat pump technology in harnessing renewable electricity to displace the use of carbon-based energy sources, leading to a brighter future for all.

“There’s a very bright future for heat pumps. Ten years ago they had hardly a mention – this has now changed. Our challenge for the next 25 years is to have 100% decarbonisation of heating. Heat pumps can play a major role in this.”

Dave’s work has been recognised through the award of government funding from the Scottish Government’s Law Carbon Infrastructure Transformation Programme on several projects. In 2019 he was named Scottish Renewables Green Energy Awards Champion of Renewables.

He also won the coveted Alan Moor Award in 2018 and received further recognition from the industry at the National Heat Pump Awards. Since 2015 Dave has acted as board member of the Brussels based Renewable Heating and Cooling Platform which supports EU funding routes. He is also an advisory board member of the European Dry/F Project working to develop large steam raising heat pump systems across the continent for industrial drying processes.

To find out more about the J&E Hall Gold Medal, visit https://ior.org.uk/about/IOR-awards/gold-medal

To find out more about Star Renewable Energy visit www.neatpumps.com