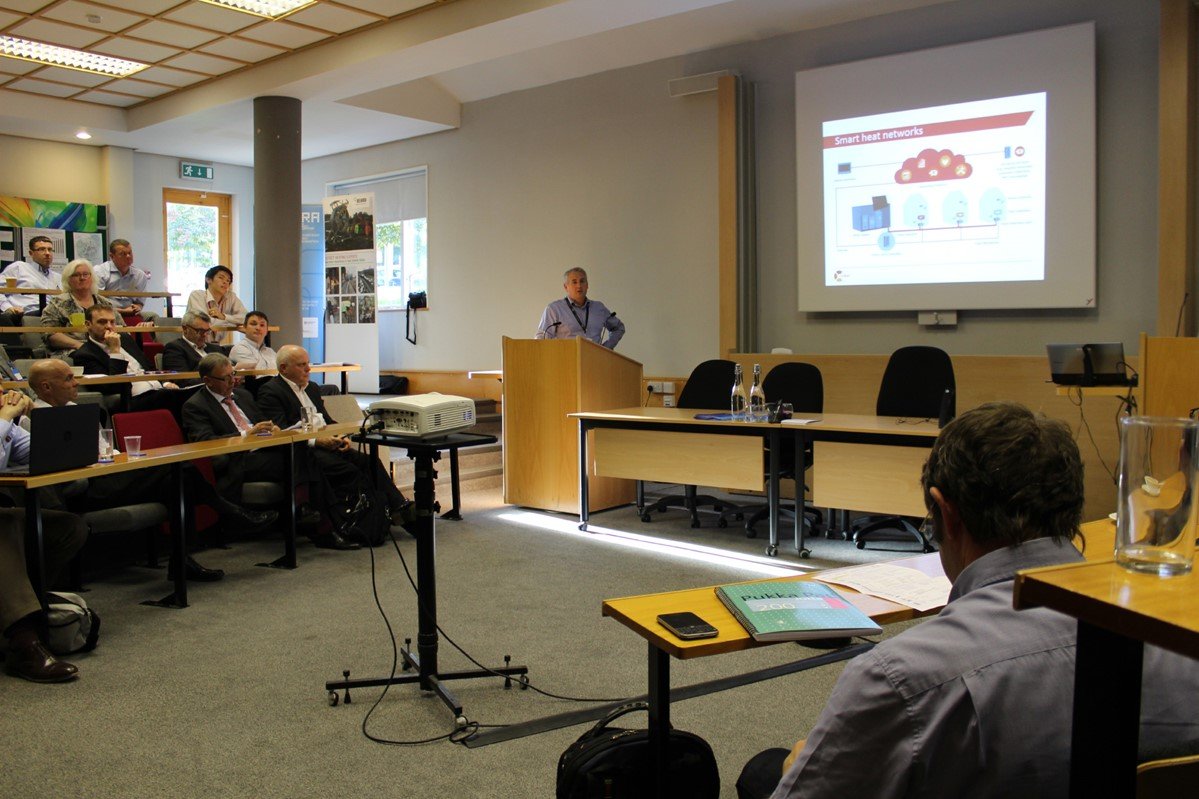 Renewable experts are urging energy users to invest in renewable heating technology for the future while government incentives to support the uptake of heatpumps last.

Industrial sized district heatpumps which draw warmth from the air, rivers, lakes, the sea and the ground are expected to play a key role in achieving COP21 carbon reduction targets because “they are the only proven, viable technology capable of delivering zero carbon heat in a large scale”, attendees at The Future of Thermal Energy Conference heard.

Hosted at Warwick University 10-11 October 2016, Future of Thermal Energy Conference emphasised the importance of the UK government’s new focus on decarbonising heat. A compelling line-up of experts in the field also examined the positive impact driving forward investment on low carbon renewable energy will have on the UK economy and the wider industry.

Moving away from combustion technologies will help current policies get back on track to meet the UK’s carbon commitments. Experts differenciated between technologies that save CO2 in the medium-term such as Gas CHP and those that fully integrate with the grid’s natural decarbonisation progression, making heatpumps a long-term and potentially zero carbon solution.

Nicky Cowan, Technical Engineer from Star Renewable Energy, highlighted a number of incentives and benefits heatpumps offer, “Proven renewable heating technologies that avoid burning gas, particularly large district heat pumps, are becoming one of the most talked about topics for governments and increasingly recognised as the best way to combat climate change. We have shown efficiencies far in excess of those used to model energy systems. This and the rapidly decarbonised electricity grid show large heatpumps to be a solid performer now that only get even better as the grid totally decarbonises. ”

“According to the Committee on Climate Change, heating may have to almost fully decarbonise if the UK is to hit its long-term goal of an 80% reduction in emissions by 5050”.

As well as the decarbonisation of heating technologies by 2050, all new investment in heating will have to be zero carbon by 2035 in order to meet the ambitious target. For now, the Committee in Climate Change has already identified a gap of approximately 100 MtCO2e between the likely reductions from current plans and the reductions required by the fifth carbon budget. In recognising this shortfall, the government has committed to come up with an ‘emissions reduction plan’ to address decarbonising of heat, later this year.

Dave Pearson, Director of Star Renewable Energy, said, “Despite ignoring the cooling opportunities from large heatpumps and using quite pessimistic efficiencies, Government research shows the future heating demand will be mostly met by heatpumps. Whilst gas being very cheap and electricity taxed more heavily are counter productive, the RHI makes heatpumps a future proof investment. Universities and large estates such as airports have focussed on electrical decarbonisation largely ignoring heating and cooling. When the government support of the RHI ceases beyond 2021 they will have to invest in the technology but with no financial support. The only barrier is a likely strengthening of the grid but it isn’t as simple as some show it with high gas use vs much lower electrical supply as both lines on the chart have peaks and troughs, both have efficiencies not yet realised freeing up capacity and so whilst there might be local constraints overall the bottle neck is far ahead so we can right now take advantage of the decarbonised grid at 350g/kWh of CO2 equivalent, deploy heatpumps over 350% efficient and reduce emissions versus gas by over 50% – now!”.

Thomas Nowak, Secretary General of the European Heat Pump Association, added, “we know that heating and cooling  are responsible for 50% of the energy demand  used in Europe, today. We also know that heatpumps can efficiently provide both at the same time. So the  only logical conclusion is that heatpumps become a central part of the decarbonisation of the system in order to realistically deliver COP21 carbon targets”.

Designed for business and large states, as well as the energy and university sectors, The Future of Thermal Energy conference boasted a packed programmed of specialists and experts. A resounding message from the event was the importance of decarbonising heat and investment in low carbon renewable energy. Topics covered included ‘Bringing heat into the equation’, ‘Transitioning Infrastructure’ and ‘How to Deliver Large Projects’. It also addressed the impact heating has on the UK’s ability to meet its 2020 and 2030 climate change goals, as well as the goals set out in COP21.

To find out more about Star Renewable Energy and its ground-breaking work, visit: http://www.neatpumps.com