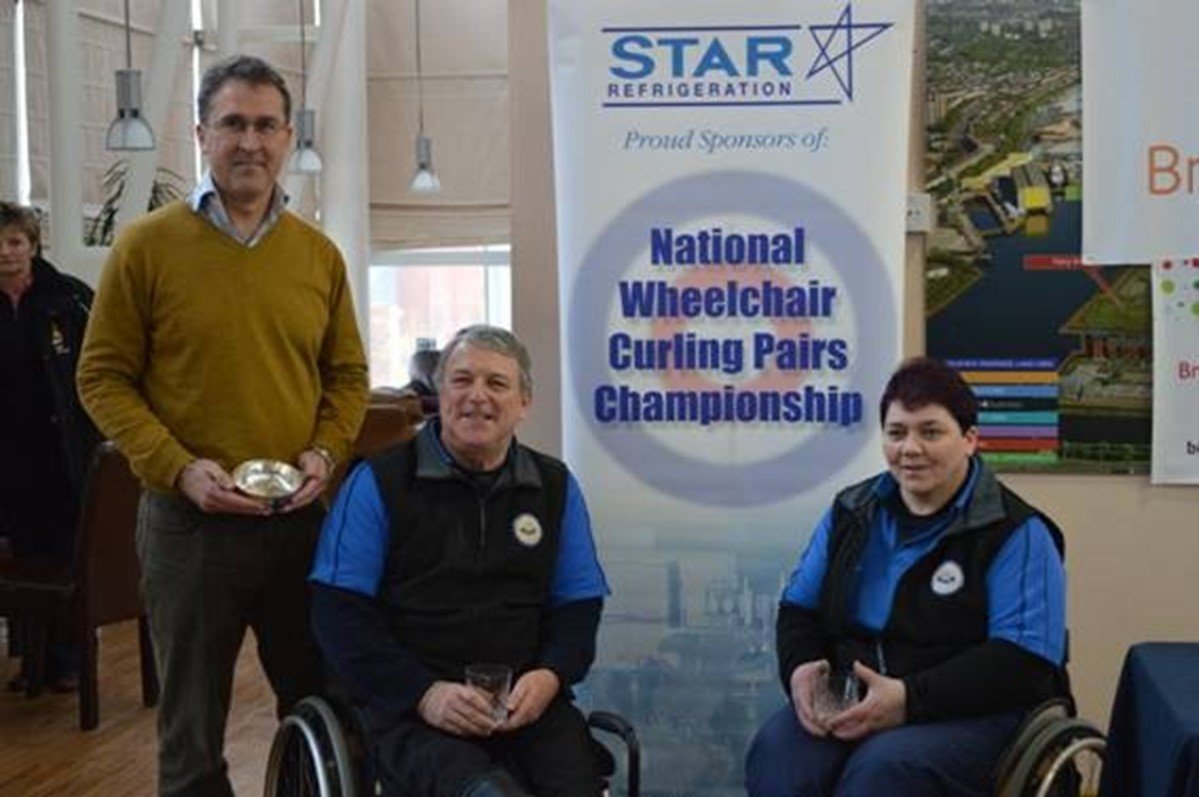 Star Refrigeration’s National Wheelchair Pairs Curling Championship will take place on the weekend of 22-23 November at the Braehead Ice Rink in Glasgow for the ninth consecutive year.

Wheelchair curling was thrust into the limelight earlier this year when Team GB, hailing from Scotland, claimed the Bronze Medal at Sochi’s Winter Paralympics. The team was lead by skip Aileen Neilson, who is no stranger to Star’s curling championship and even won the first title.

This year, the iconic event will see champions Ian Donaldson and Mo Simpson back on the ice to try their luck at a third win, along with fifteen other pairs consisting of past competitors and new faces.

The competition is organised each year by the Scottish Wheelchair Curling Association (SWCA), which is now chaired by David Morgan. Judy MacKenzie, former SWCA Chair, says: “This wheelchair curling pairs event was first mooted within the Scottish Wheelchair Curling Association in 2005 and we were delighted to have – right from the first National Pairs event in November 2005 – a most enthusiastic and supportive sponsor in Star Refrigeration.”

“Star Refrigeration has consistently sent along a representative to present the prizes each year and we consider them good friends. This year, Ian Donaldson and Mo Simpson are trying for a hat-trick of wins!”

“It will be a great opportunity for wheelchair users looking for an activity to come into the Braehead curling rink and see what the sport of wheelchair curling is all about.”

The greatly anticipated annual curling event will see 40 matches carried out over the two days, beginning at 9:30am on the Saturday morning and ending at 1:15pm on Sunday before the prizegiving ceremony commences.

Star’s Director of Sales, Alan Walkinshaw – an avid fan of curling himself – attends the event each year and will be helping to hand out the prizes to the lucky winners on Sunday. Alan says, “It has been a great run for Star sponsoring the National Wheelchair Pairs Curling Championship. Supporting this fantastic sporting event has been our pleasure and it is always a superb weekend out watching the games and cheering on the players.”

“It also gives you the chance to meet inspirational people like our own local hero and Olympic Medallist Aileen Neilson.”

The Star Refrigeration National Wheelchair Pairs Curling Championship is free and all members of the public are welcome to come and cheer on our curlers. Come along to Braehead Ice Rink on Saturday 22nd and Sunday 23rd November for a fun, thrilling and different day out. The schedule for the programme of events is available at scottishcurling.org.

You never know – there may be more future Paralympic medallists among this year’s competitors!