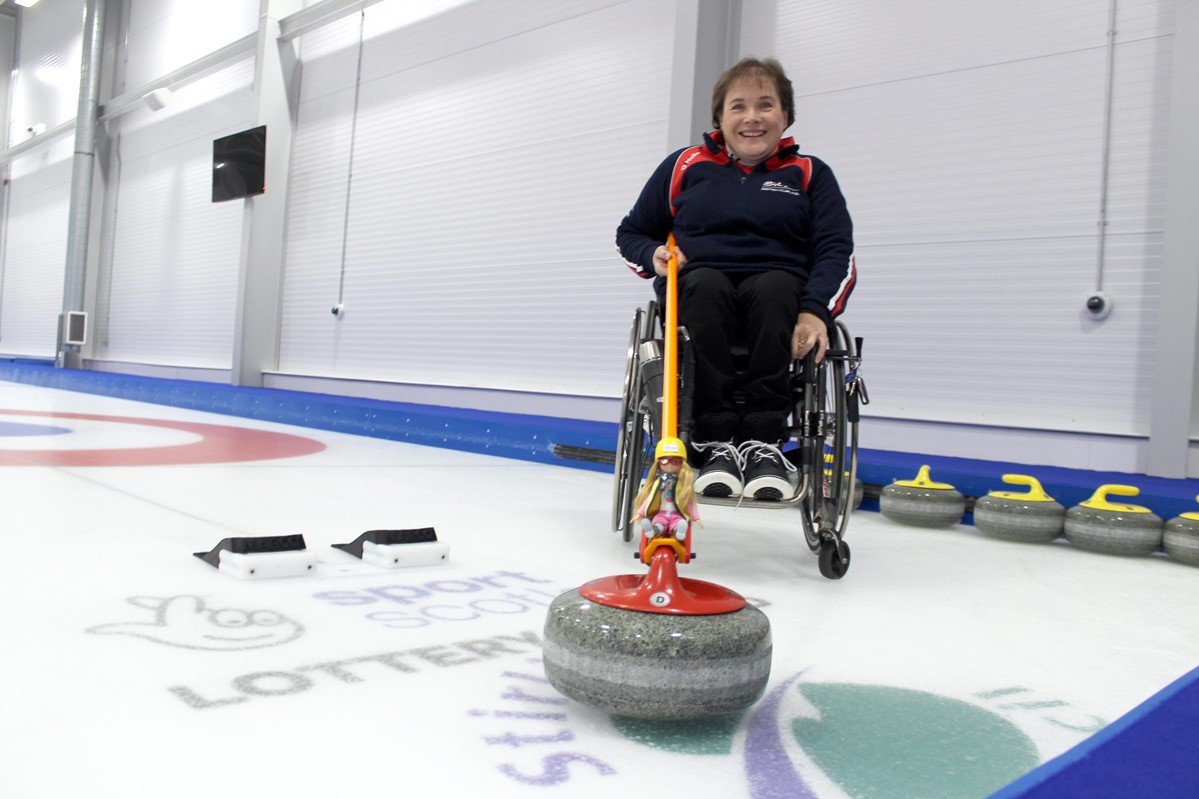 Aileen Neilson, a Paralympic bronze medallist and current captain of the Team GB curling team, joined forces with Star Refrigeration to encourage young girls to pursue a career in engineering

#LottieTour entered its third year this month, visiting locations across the UK to showcase the work of engineers in action. Initiated by the Women’s Engineering Society (WES), the campaign features a relatable children’s doll – Lottie- who drops in to various engineering organisations in a bid to encourage young girls to consider a career in the industry.

As part of the tour, Lottie visited long-term supporter of the WES’s efforts, Star Refrigeration, a leading manufacturer in the UK industrial refrigeration and heat pump sector. Joining Star’s engineering team at their headquarters in Glasgow, Lottie learned about their work and was photographed in a diverse range of engineering environments. But, the highlight of Lottie’s visit was meeting with Paralympic Bronze Medallist Aileen Neilson at Stirling’s curling academy -The Peak-, where the Paralympic and Olympian teams trained ahead of the games.

Aileen shared her insights on how refrigeration engineering had contributed towards delivering the perfect stone at the Paralympic games while she waited for the rest of her curling team to arrive for a group training session. Aileen said, “The team that conquers the ice is the winner. Contrary to common believe, it is the ice and not a country that it is my greatest opposition. It’s the team that gets to grips with the speed of the ice and the swing of the ice that’s the one who will come out on top.”

Not only have Star been instrumental in delivering the top-quality ice necessary for Aileen and her teammates to perfect their technique at the curling rink, but the opportunities they provide for females looking to pursue a career in the industry are ones which any youngster should grab with both hands according to Aileen. For those who might be reluctant to become an engineer because of the stigma associated with it as a ‘male’ career, Aileen pointed to her own success.

Aileen said, “I would definitely encourage any girl. I was the first female to lead the wheelchair curling team and now that I’ve done it, there are lots of other females following suit. You can lead the way and inspire and motivate others to do the same. So be the first and don’t let anyone tell you it’s not possible, because it is”. Aileen’s personal motto is sage advice for young girls in all walks of life. As she puts it, if any questions remained about what girls can do,“Wish it, dream it, do it”.

Star’s business development manager Anne Flanagan was also onsite to meet Lottie and Aileen and she highlighted the often-underappreciated importance of engineering to every aspect of our daily routines. “Engineering is vital to our modern way of life – medicines, the internet and beer would all not exist without the work of refrigeration engineers and this is just one sector of the engineering industry,” she said.

Of the #LottieTour campaign in general, Anne was optimistic that it could make a real difference to gender stereotypes and the changing face of the engineering industry. “The UK has the lowest percentage of female engineers in Europe and we hope to change that through campaigns such as this. I had never met Aileen until now, but her words have inspired me and I hope that young girls feel the same way.”

In total, more than 150 volunteers have participated in Lottie’s third annual tour, which has taken in such exotic international locations as Dubai, Finland and the USA. Closer to home, she has visited a multitude of engineering companies in Britain, including Star Refrigeration, the National Grid, Aston Martin and Balfour Beatty.
Those interested in becoming involved in next year’s campaign – which will mark the centenary of the WES’s foundation – are advised to contact the WES Young Members’ Board at ymb@wes.org.uk. Meanwhile, Lottie’s exploits from this year can be viewed during Tomorrow’s Engineers Week (5-9 November 2018) by searching #LottieTour on Twitter, Facebook or Instagram, or following @YMB1919 and @Lottie_dolls on Twitter.