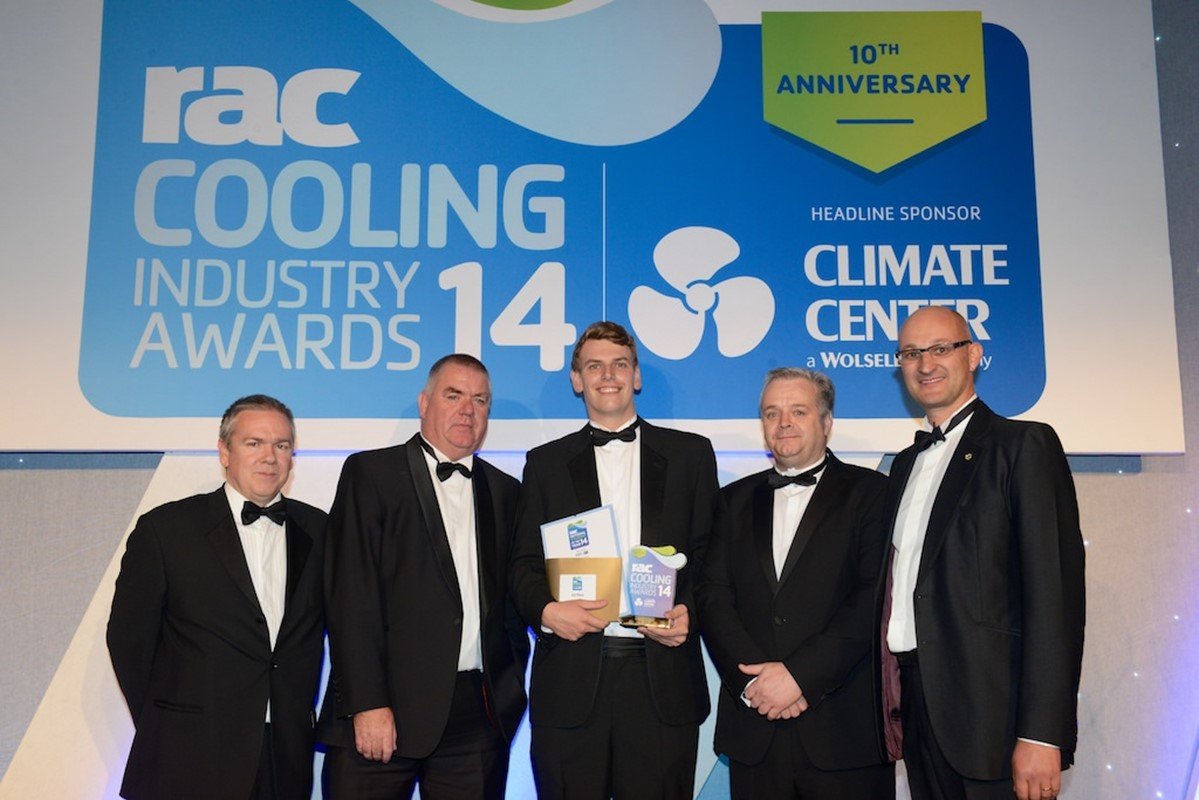 Star Refrigeration apprentice Lyell Perks was crowned National Student of the Year at the prestigious 2014 Cooling Industry Awards – triumphing over a record number of candidates to claim victory.

The apprentice engineer has been working for industrial refrigeration contractor Star Refrigeration at their Oxford branch since 2011 and successfully completed his apprenticeship in July 2014. He is now a fully qualified engineer at the branch.

The Student of the Year Award recognises the achievements of the best up and coming engineers and celebrates their contribution to the industry. Lyell Perks received the award, which included a cash prize, a certificate and a trophy that will no doubt be on proud display for many years to come. In his achievement Lyell joins past Star winners Chris Druce, also based at the Oxford branch, and Gary McVittie, from the company’s Glasgow headquarters.

The nomination came from his Branch Manager Dave Bartlett, who supported Lyell’s training during his apprenticeship. Much to his delight, he was shortlisted as a top 10 candidate and attended the awards ceremony at the Hilton on Park Lane, where over 700 industry professionals attended the long-awaited celebration.

A career in refrigeration isn’t unusual in the Perks family, with both his father and brother working in the industry. Brother Aiden Perks has been working with Star for 10 years at the Oxford branch office and has progressed from an engineering role through to Contracts Design Manager, and now Regional Business Development Manager for the South East of England. His industry experience has been invaluable for Lyell to tap into when needed.

On his training, Lyell said: “Star put me through my NVQ 2 at Grimsby College, followed by my NVQ 3 in Refrigeration. But probably the best training I received was on site, getting practical training working alongside very knowledgeable senior engineers.”

“Winning this award means the world to me. From when I started my apprenticeship, I set it as a goal to win. I feel that all my hard work has been acknowledged and I have a bright future ahead of me. Having seen what the previous winners within our company have been able to achieve, it is very exciting,” he continued.

Lyell has high ambitions and hopes to continue his studies: “The next step in my career will be to continue my studies next year with a foundation degree in building services at London’s Southbank University and gradually work my way up through the ranks on the tools, hopefully into commissioning and potentially an office based role in technical or design once I have sufficient experience.”