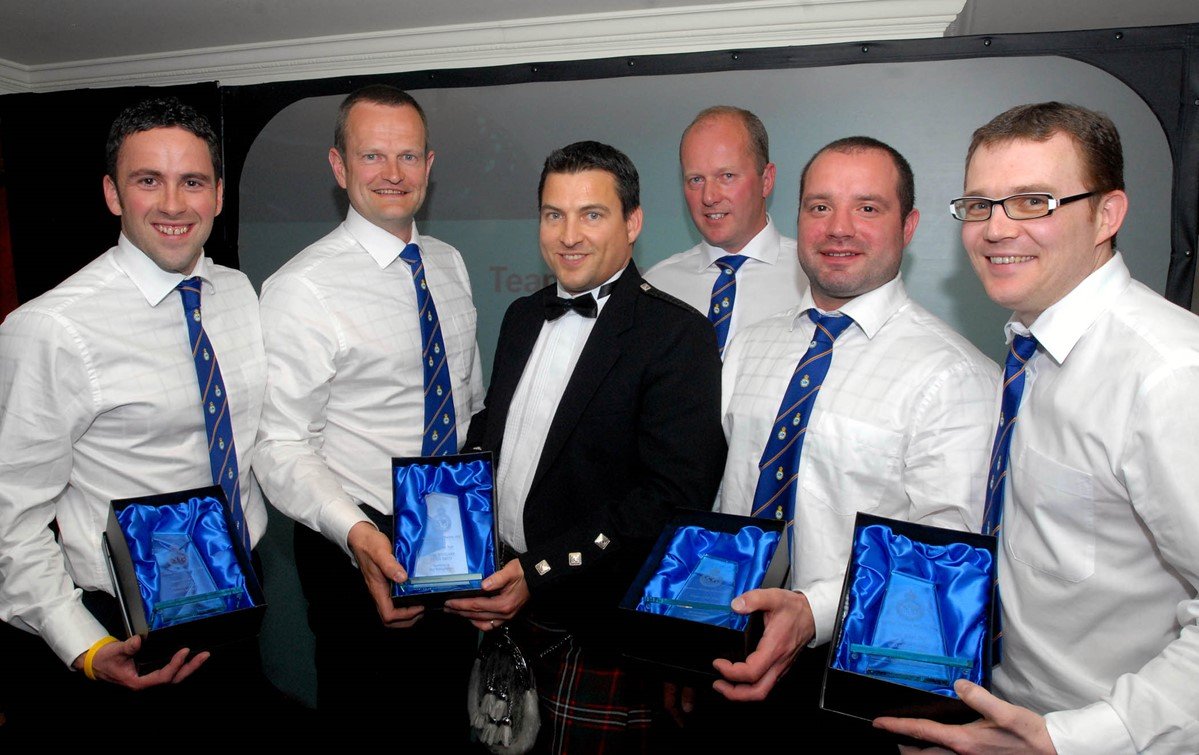 Douglas Scott from Star presented the Team of the Year Award, which was won by the World Mens Curling Champions, skippered by David Murdoch. The team is based at Lockerbie Ice Rink.

Star have been associated with ice and curling rinks in the UK since the company was founded in 1970. Many of the original rinks were constructed with R22 refrigeration plant and pumped brine in a pipe grid under the floor pad to create the ice surface.

Changing legislation has meant that new rinks typically use the natural refrigerant ammonia which has low running costs and is environmentally benign.

Star also has a packaged ammonia chiller plant which can be retrofitted to existing installations, without the need to revamp the plantroom. Floor design has been developed over many years to provide a composite which is capable of giving excellent ice quality and consistency across the full surface area. Heat recovery and energy efficiency enhancements can be configured to suit site requirements.

Photograph remains copyright of Ayrshire Weekly Press, a division of Clyde and Forth Press Ltd. Used by kind permission from publishers of Scottish Curler.