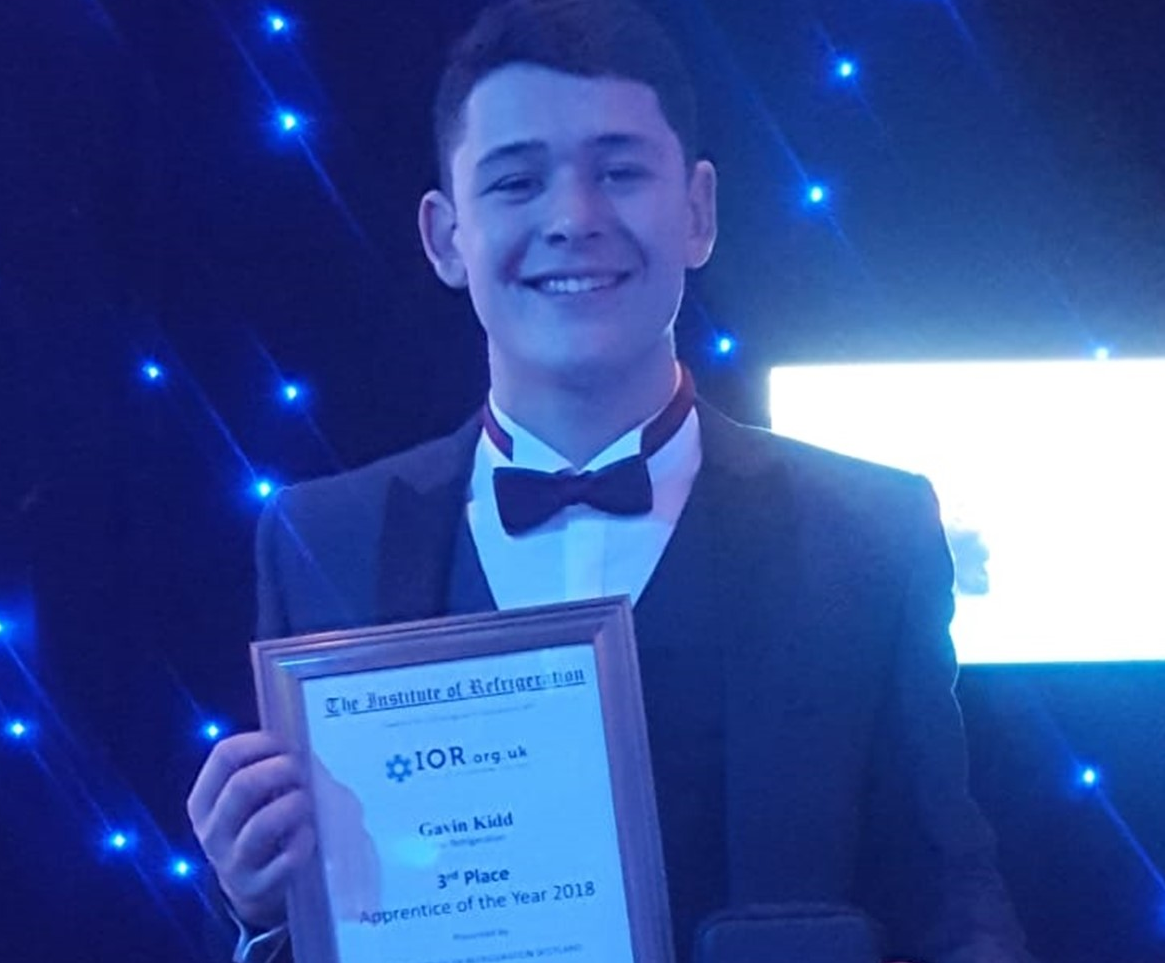 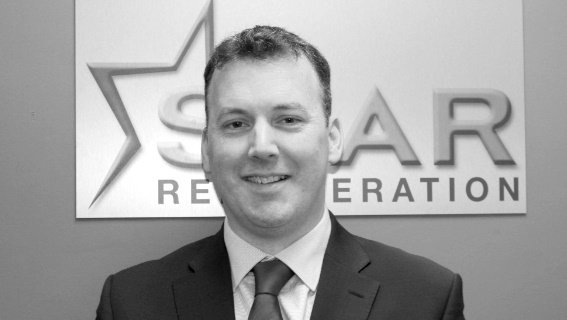 Star Refrigeration apprentice Gavin Kidd has won third place at the Institute of Refrigeration (IOR) Scotland Apprentice of the Year awards. The Bellshill-based engineer was presented with the award at the IOR Scotland’s annual dinner event, which took place last week at The Crowne Plaza Hotel in Glasgow. The achievement marks an important personal milestone for Gavin in recognition of his flourishing potential and a satisfying finale to a striking year for Star Refrigeration’s youth development programme.

Gavin originally joined Star Refrigeration in August 2015, before starting his apprenticeship at the company’s branch in Bellshill in May 2016. During his time with the company, Gavin has honed his engineering skills and picked up several qualifications along the way, including an NC and an SCQF Level 5 in Electrical Engineering, as well as having successfully completed his F-Gas assessment and PASMA onsite scaffolding construction course. He has also gained plenty of hands-on experience in the industry and proved to be a determined, hard-working member of the Star Refrigeration team.

It is for these reasons that Gary Beckwith, Gavin’s line supervisor and service manager at the Bellshill branch, put him forward for the prestigious IOR Scotland award. In his nomination statement, Gary recalls that he was immediately aware of Gavin’s potential from their first meeting. His description of a family project building a garden shed highlighted his analytical capabilities, intuition and can-do attitude, while his knowledge of Star Refrigeration products demonstrated his willingness to learn and the amount of research he’d put into the interview.

Gary said, “Gavin came to the Bellshill branch as a well-motivated youngster who was keen to learn and progress. He quickly settled into the team and forged good relationships with engineers and management. He continued to produce excellent training evidence through our Apprentice Scheme, working assertively on our test rig, completing all his courses and certifications and ably working on site for a range of customers.”

“It is no surprise he has been recognised at the IOR Apprentice of the Year Awards and we are immensely proud of his achievements”.

Now in the fourth year of his apprenticeship, Gavin recently competed in the regional finals of SkillFRIDGE and is very conscious of the role his employers have played in his development. “Star Refrigeration are a well-respected company that I am very proud to say I work with. Star are always looking to improve and expand into different areas of refrigeration and heat pumps where others have not been before. It’s for this reason that Star are at the top end of innovation and I feel I can contribute to ensuring we stay there.”

‘Developing Young People’ like Gavin is one of Star Refrigeration’s key strategic guiding values. Through their Apprenticeship Scheme, Star offer young people the opportunity to learn and develop, equipping them for the challenges of the future and allowing them to gain the knowledge required to be the leaders of tomorrow. Gavin is just the latest beneficiary of this commitment to the next generation, with no less than six Star apprentices winning the IOR Scotland Apprentice of the Year award in the past.

Rounding off an excellent year for Star apprentices and validating the good work which the company continues to undertake with regards to nurturing future talent in the industry, another Star Refrigeration apprentice Sam Gills was recently crowned ACR Trainee of the Year and added a Bronze Medal at the WorldSkills UK competition last week.