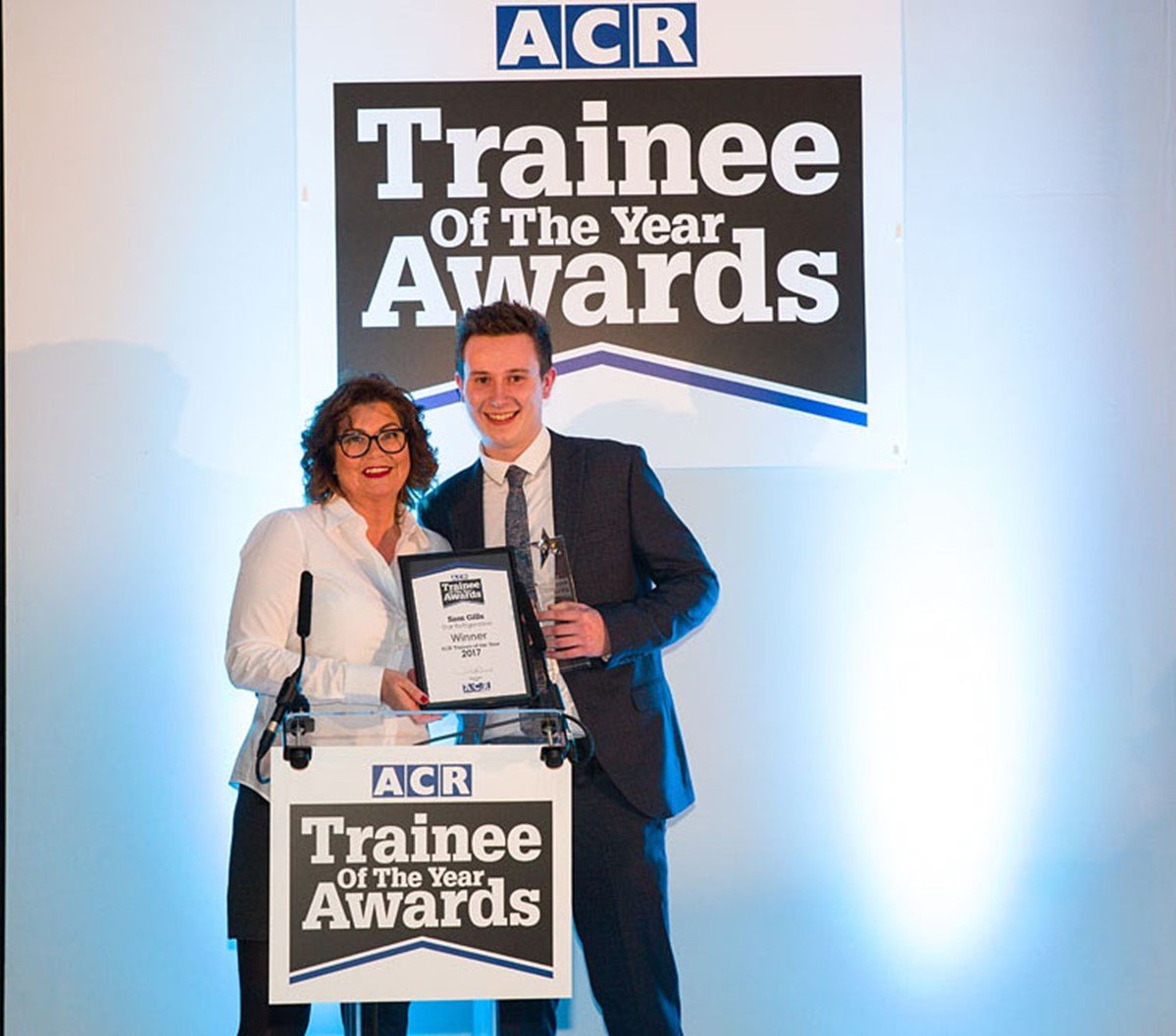 Sam Gills, one of Star’s talented trainee engineers, was named ACR Trainee of the Year 2017 last night, beating nine other apprentices from across the UK. The Awards Ceremony in Sutton Coldfield was a fantastic way to end the year for Sam and Star’s training and professional development team.

A shocked Sam said of receiving the award, “I was honoured just to be nominated but to win the Trainee of the Year Award is an amazing feeling. I am only just starting my career in engineering, so now I have to keep on pushing and challenging myself as I progress. Star is a great place to train and work and I couldn’t have won this award without my trainers and colleagues.”

Celebrations are underway for both Sam and the company, as it was the largest ever intake in the eight year history of the awards. He was nominated by Star Operations Training Manager Dave Bartlett, who is extremely proud of Sam along with Operations Director James Ward, his mentor Neil Wilkinson and other colleagues who have supported him along the way.

Andy Murrell, Site Manager, said, “I am so pleased for Sam, that is some achievement, especially as I have no doubt there would have been some very stiff competition for such a prestigious award. Congratulations to Sam, and to Dave and Jay because of the immense support they have given.”

The promising apprentice has recently finished his BTEC Level 3 Diploma in Engineering and thanks to dedication, hard work and commitment, he achieved a Distinction. He is currently halfway through completing a four year apprenticeship with Star Refrigeration and was identified as an exceptional individual and a worthy nominee. This award recognises Star’s engineer professional development effort and premier training grading structure, which is producing so many award winning engineers.

Jay Little, Branch Manager commented, “Absolutely thrilled for Sam, he thoroughly deserved to win the award as he has shown so much dedication to his work. This is also superb recognition for the company and will hopefully encourage existing and new apprentices.”

James Ward, Star’s Operations Director said, “Having attended the awards ceremony, I was glad to see our industry producing such an enthusiastic pool of young talent, and my congratulations go out to all the finalists. I was delighted for all involved but especially proud of Sam and this achievement”

Star Refrigeration advocates training and promotes youth employment through its apprenticeship scheme. This, along with a number of other employee benefits, has resulted in it being recognised as one of the top “100 Best Companies to work for” by The Sunday Times.

Find out more about the ACR Apprentice of the Year Awards Ceremony here: https://www.acrtoty.uk/

To find out more about Star Refrigeration, go to