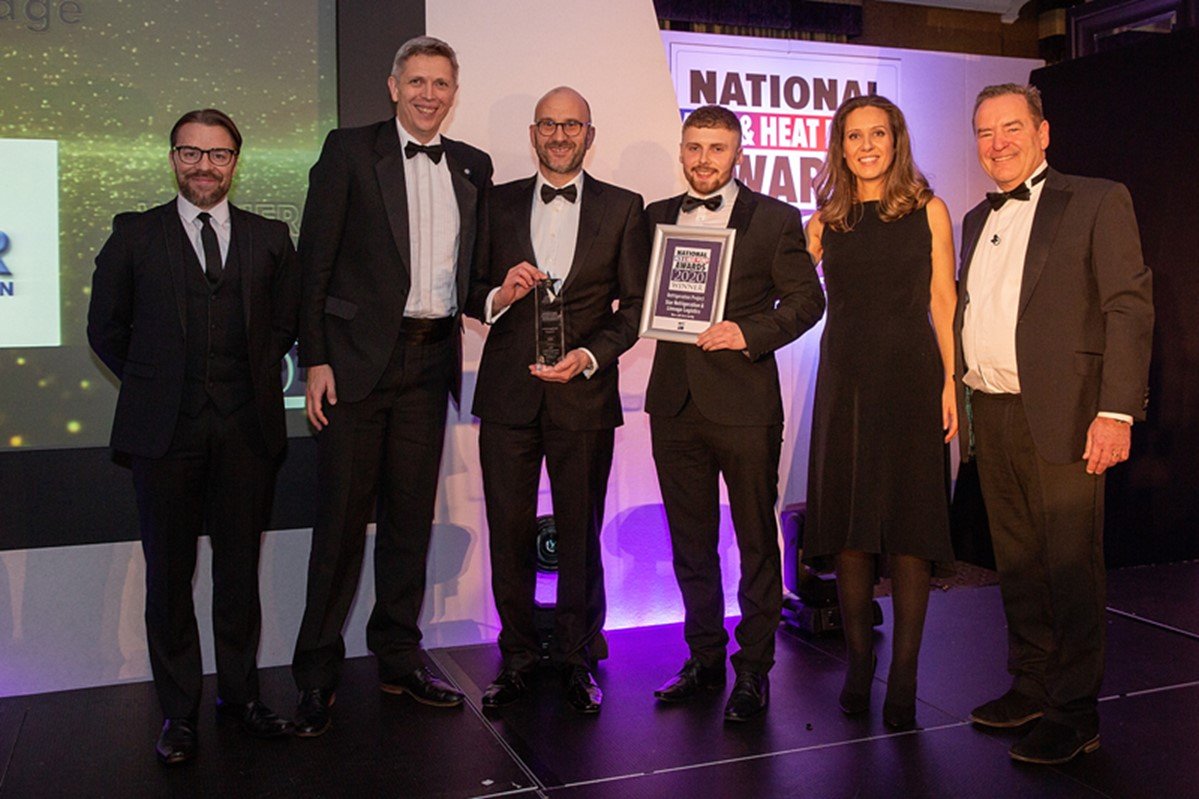 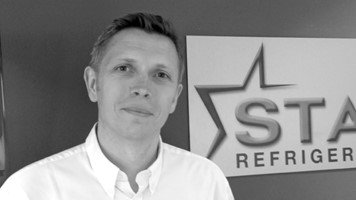 It’s been a wonderful start to Star Refrigeration’s 50th anniversary year as the company celebrated winning three awards and a high commendation at the National ACR and Heat Pump Awards held at the Midland Hotel, Manchester on Thursday 23rd January.

Star’s installation for Lineage Logistics was named ‘Refrigeration Project of the Year’ at the ceremony following measured reductions in energy usage equating to one-third of that of UK’s ‘Best Practice’ guidelines. The project supported Lineage’s plans for expansion by creating 15,000 pallet spaces of frozen warehouse capacity at its new site in Great Haddon. Star offered Lineage an affordable, robust industrial refrigeration solution that delivers high efficiency and meets the needs of customers while exceeding expectations with regards to improved live cycle costs and energy consumption.

One of the reasons Star was able to deliver the Lineage Logistics project so successfully was its Azanefreezer 2.0 – which was awarded ‘Refrigeration Product of the Year’. The Lineage Logistics Azanefreezer is a modular, air cooled, low charge packaged ammonia freezer and its unique design allows for a reduction of the system’s ammonia refrigerant charge of up to 96% when compared to traditional pumped recirculation ammonia systems.

Celebrating its third win of the evening, Star was also awarded ‘Chiller Product of the Year’ for its pioneering Azanechiller 2.0 – which set a new benchmark in chiller performance, with efficiency figures up to 146% higher than the European EcoDesign Directive for low temperature cooling, up to 100% higher for comfort cooling chillers, and up to 74% higher for high temperature chiller applications.

The ultra-efficient, low charge ammonia chiller has delivered incredible energy savings and reduced carbon emissions for the country’s top food producers, temperature controlled storage, pharmaceutical, petrochemical and ice and leisure companies such as Snozone. The ice rink operator reported a 56% saving on energy usage in the first four months of the Azanechiller 2.0 in operation and also a reduction in carbon emissions of 700 tonnes of CO2

Star was Highly Commended in its fourth and final nominated category of ‘ACR Contractor of the Year’ – having been recognised for its significant product development, breadth of work over the past year – including a range of innovative range of CO2 and low charge ammonia refrigeration solutions and heat pumps which will also support the UK in reaching its goal of net-zero emissions by 2050 – and its commitment to developing young people to become the next generation of leaders.

“Everyone at Star is immensely proud of what we’ve achieved tonight”, said Dr Rob Lamb, Group Sales and Marketing Director at Star Refrigeration. “To be recognised amongst other key players in this industry is a real privilege, and these three wins are a testament to the hard work and dedication of each and every person who contributes to the company’s success”.