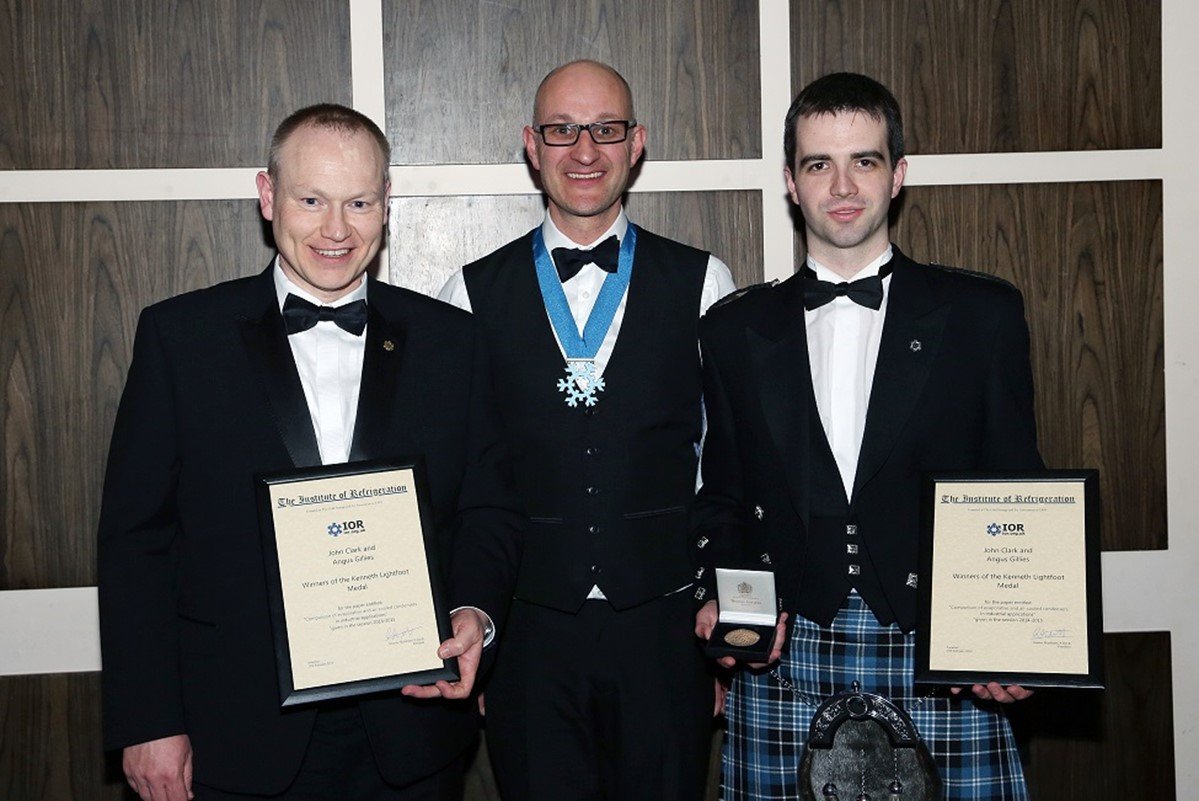 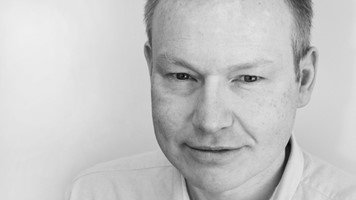 John Clark and Angus Gillies were honoured at the Institute of Refrigeration IOR Annual Dinner for their paper “Comparison of evaporative and air cooled condensers in industrial applications.”

Star Refrigeration has once again cemented itself at the very forefront of the refrigeration industry, with two of its staff members receiving a significant industry award for a revolutionary paper comparing evaporative and air cooled condensers in industrial applications.

John Clark and Angus Gillies were awarded the Lightfoot Medal, an annual prize given to the best paper submitted in the session. The Star Refrigeration engineers received a medal engraved with their names, a sum of £500 donated by the Lightfoot Defence, and a certificate – as well as having their winnings presented at the respected Institute of Refrigeration IOR Annual Dinner on 25th February 2016.

Dr Rob Lamb, Sales and Marketing Director of Star Refrigeration, said, “We’d like to send our heartfelt congratulations to John and Angus, who join the ranks of elite experts with a Lightfoot Medal to their name. Their paper, researched in 2014, produced clear and straightforward evidence to demonstrate that air-cooled condensers are the best option for industrial applications in the UK, and the entire team here at Star Refrigeration is thrilled that their hard work in proving this has been recognised by the IOR.”

Despite being more expensive to buy, air-cooled condensers have lower running costs, making them a cost-efficient option for UK industrial businesses. Using data gathered from all over the country, Mr Clark and Mr Gillies demonstrated that the operating costs of a refrigeration plant with air-cooled condensers is typically 14% lower than the cost of a plant with evaporative condensers – considerable savings for businesses keeping an eye on their bottom line.

The paper also went as far as debunking the common convention regarding the use of evaporative condensers in high capacity applications. Even with the higher cooling capacities of 2000KW, the payback for an air cooled condenser when compared with an evaporative condenser is less than two years, with life cycle costs reduced by an impressive 14% per year thereafter.

The 2016 ceremony isn’t the first time that Star Refrigeration staff have been honoured for their work in the refrigeration industry – previous staff to win the Lightfoot Medal on several different occasions include Dr Forbes Pearson, Mr David Blackhurst and Dr Andy Pearson, confirming Star Refrigeration as a forerunner in the world of refrigeration research and development.

Presenting the award, Graeme Maidment, President of the IOR, said, “The IOR members have voted this paper the best presentation of the year from amongst seven potential candidates. Not only was it a very interesting and relevant topic but it was a very professional and clear paper that will be of value to many in the future as part of the IOR proceedings.”

Mr Gillies was an engineer in the Merchant Navy then went to Strathclyde University graduating with an honours degree in Mechanical Engineering in 1993.  He then joined Star Refrigeration as a Service Engineer and later worked as a Commissioning Engineer and Technical Manager. In 1999, Angus became Technical Director and his responsibilities include industrial contract design and procurement, and the Electronics Department.

The paper can be downloaded at the IOR website: https://www.ior.org.uk/app/images/downloads/ClarkGilles4Dec2014London.pdf.