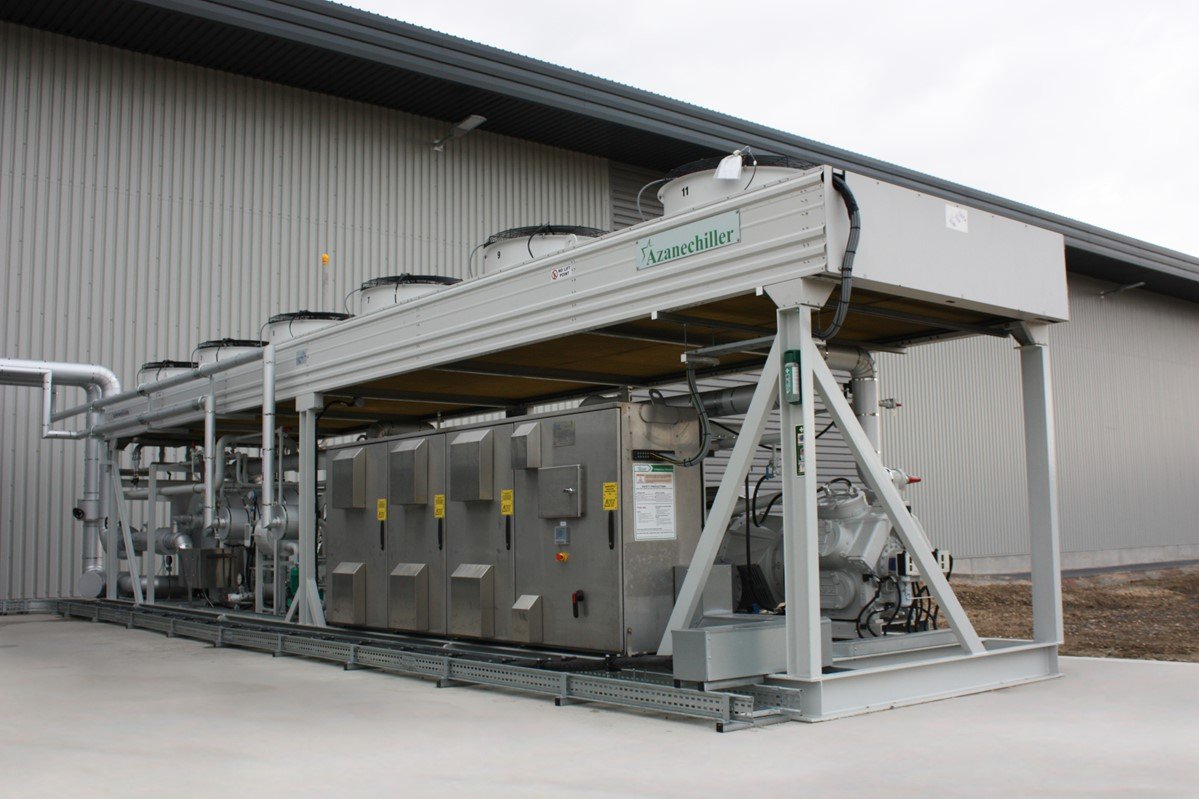 The National ACR and Heat Pump Awards 2019 announce Star Refrigeration as a nominee for three awards.

The ACR Journal have announced the shortlist for its highly anticipated 2019 awards ceremony, recognising the revolutionary Azanechiller 2.0 for its impressive environmental benefits. The premier awards ceremony for the air conditioning, refrigeration and heat pump industry is due to take place on 24th January at the Midland Hotel, Manchester.

Dr Rob Lamb, Group Sales and Marketing Director Star Refrigeration said of the announcement, “Once again we’re really excited to be shortlisted among some of the best names in the business for the National ACR and Heat Pump Awards 2019. The team have worked really hard re-engineering the next generation of Azanechiller to ensure increased efficiency, lower refrigerant charge and lower total cost of ownership. It’s fantastic to see this high performing technology recognised by the industry.”

The Azanechiller 2.0 is an innovative, future proof cooling solution. As a pre-packaged low charge ammonia chiller, the Azanechiller 2.0, sets a new benchmark in chiller performance with efficiency figures that are up to 146% higher than the European EcoDesign Directive requirement for medium temperature chillers, up to 100% higher for comfort cooling chillers and up to 74% higher for high temperature chillers. With a 20+ year life expectancy, it is designed to withstand any future legislation surrounding the environmental impact of refrigerants, and has been used in data centre cooling, food manufacturing, process cooling, ice and leisure facilities and temperature controlled storage.

Star’s Azanechiller 2.0 installation at Snozone Milton Keynes has been nominated for the accolade of Best Refrigeration Project of the Year. Star Refrigeration replaced the facility’s inefficient R404A chillers with two Azanechillers 2.0, transforming the operational side of the business. The new cooling equipment is significantly more efficient, and resulted in a 56% saving on energy costs.

The shortlisted project for Environmental Initiative of the Year award is Star’s partnership with logistics company Gist. Thanks to the installation of two brand new Azanechillers by Star, Gist owns one of the most energy efficient cooling plants in Europe – energy usage is one tenth of the good practice guidelines and cooling demands for similar cold stores. This translates to Gist Chesterfield reducing their carbon footprint by removing 117 tonnes of CO2 per year in emissions, compared to similar sized refrigeration plants across the continent.

The ACR and Heat Pump Awards is one of the most significant events in the industry calendar, attracting over 300 engineering professionals. The awards ceremony is due to take place on 24th January 2019 at 6.30pm in Manchester, and is a great opportunity for networking and celebrating sector-wide success. Star will be seeking at least one win for the engineering feat of the Azanechiller 2.0.