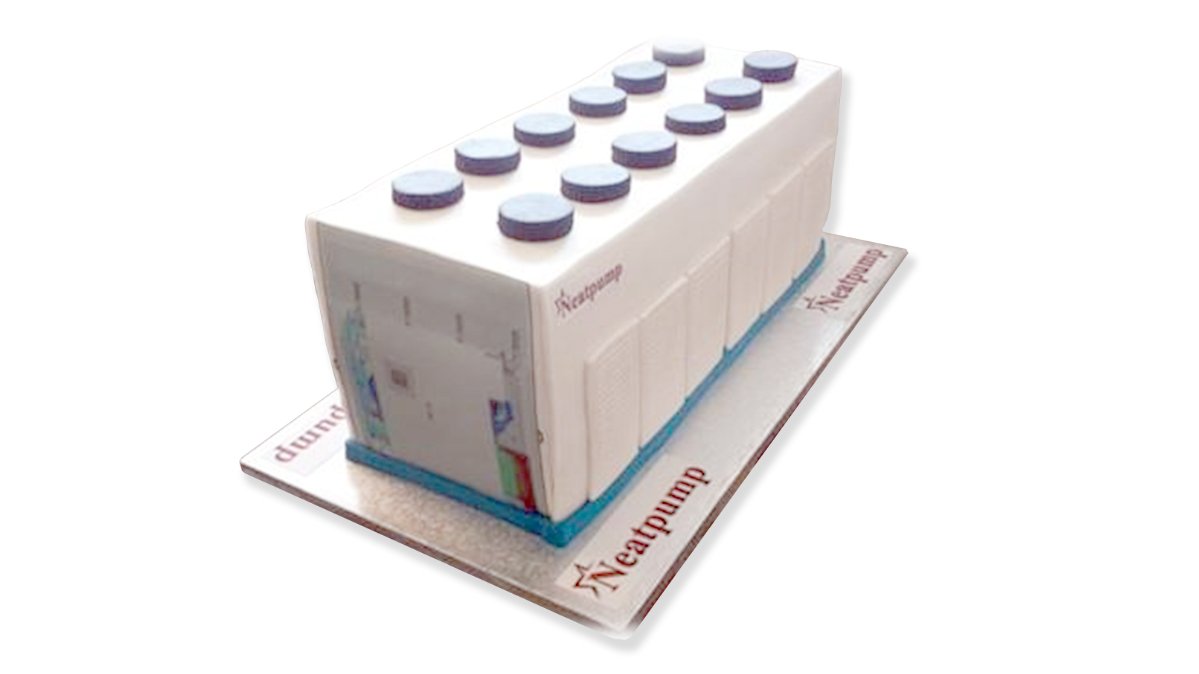 Star Renewable Energy invite guests at the All Energy Conference in the SECC to join them for coffee and a slice of their impressive heat pump cake today at 4PM.

Star Renewable Energy are at the All Energy Conference to launch their large air source heat pump (which is in the SECC with them, all 700KW of it!). Dave Pearson, Director of Star Renewable Energy, was looking to get a cake made for the special occasion, and was looking for a baker who could build him a replica Neatpump out of flour, eggs and milk. As luck would have it, he didn’t have to look further than his own office.

It came to Dave’s attention that Design Engineer David MacLeod is a secret Star Baker – and since he helped in building the real thing, he was a perfect match to make the edible version!

For David, baking started as a way to pass the time whilst stuck in the house as he was saving up to visit a friend in Australia. His first commission, a baby shower cake, was such a hit that it lead to more requests, including wedding cakes for Star staff! When Dave Pearson caught wind of the Design Engineer’s hidden talent and asked David if he would mind baking a Neatpump cake for All Energy visitors, David gladly obliged.

David’s Neatpump cake was carefully constructed over the course of two weeks to make it as close a resemblance to the large heat pump as possible. He made the fans on top of the cake out of black and white fondant, and even got the original package unit drawing for the Neatpump printed in fondant by Edible Prints, resulting in a fantastic mini edible heat pump. Mary Berry would be proud!

The Neatpump cake safely made its way to the SECC this morning and is now with the Star Renewable Energy team at stand C50 in the exhibition hall. Star and partners WSP Parsons Brinckerhoff, Scottish Gas and GHA invite all guests to join them at 4PM today for a slice of heat pump cake and drinks.