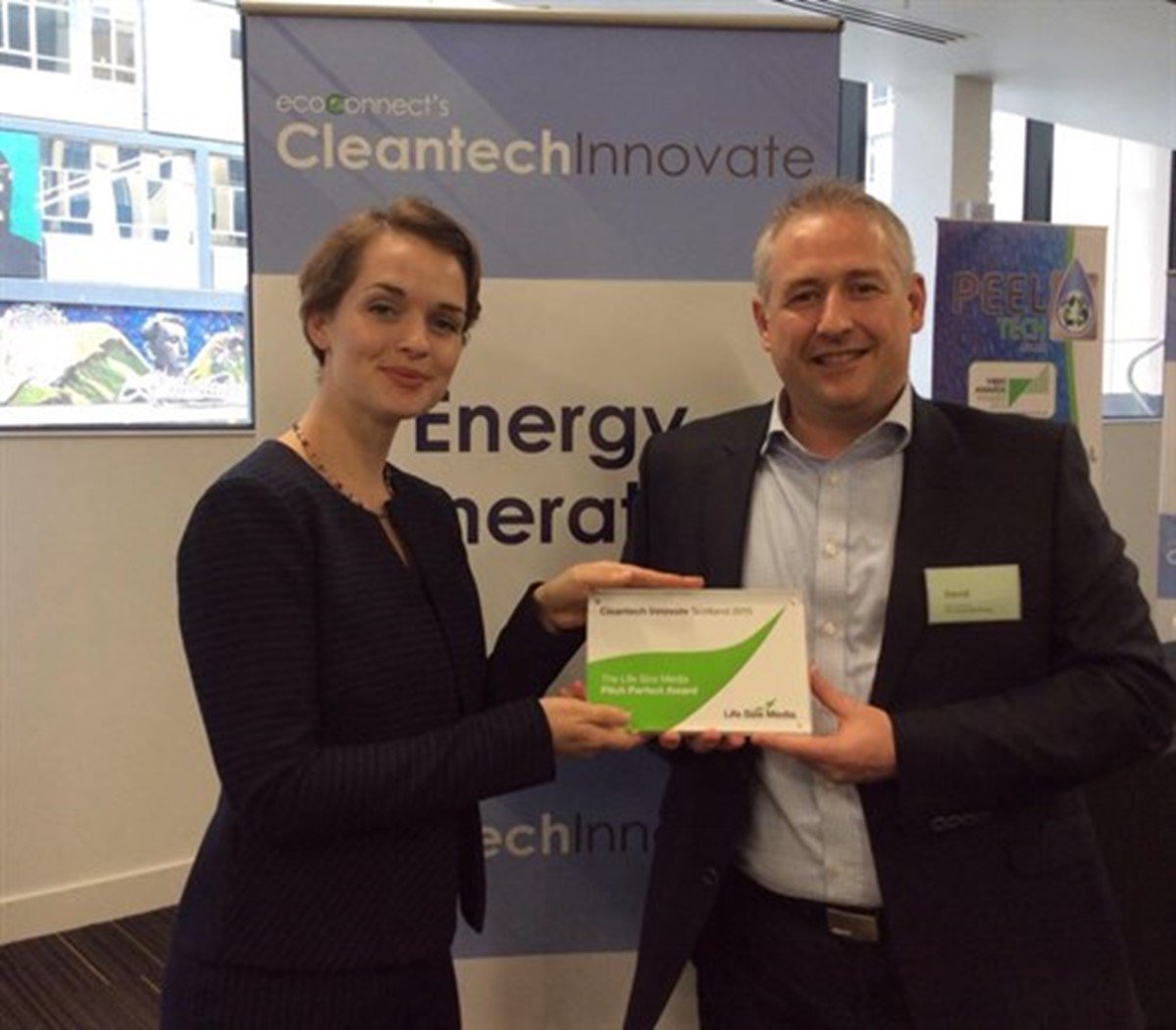 Cleantech Innovate Scotland was opened by Fergus Ewing MSP, Minister for Business, Energy and Tourism who spoke about the importance of innovation which is “at the heart of the vision for Scotland”, the importance of consistency in Government (“or investors will put their money elsewhere”), and his hopes for a planned, business-like approach for future dialogues around energy policy.

Star Renewable Energy were one of 25 companies competing for the Climate KIC cash prize, which is awarded to companies judged to have a low carbon innovation capable of commercial scaleable growth and which will have an impact on global climate change. Dave Pearson, presenting Star’s water source heat pump potential and benefits, was awarded the Pitch Perfect Prize for best presentation.

The focus of the presentation was the new business model proposed by Star Renewable Energy, a so called Heat Purchase Agreement. The aim of the proposed model is to unlock barriers of heating technologies which have not been approved within the UK. Similar to a Power Purchase Agreement, heating and cooling is supplied to the customer at no investment cost at an agreed rate over a fixed period. Consequently, the financial commitment of the customer to the new technology is reduced, resulting in more renewable heat installations.

Other award winners were:

For the full list of finalists, please visit http://www.cleantechinnovate.com/for-presenters/.

Celebrating the best of green industry innovation in the largest showcase of its kind in the UK.

Cleantech Innovate 2015 takes place in London and Glasgow. Finalists are chosen on the basis that their innovation is both investable and scaleable. 36 companies present live in London, and 25 in Glasgow. Finalists are selected via an open call and selection committee. Cash prizes of €20,000 have been provided by Climate-KIC. The London showcase is sponsored by DECC & Innovate UK.

In its third year, Cleantech Innovate gives companies from across the UK and Republic of Ireland the opportunity to present their innovations to an audience of investors, buyers and industry specialists and has extended to Scotland. In its 4th year, 2016, Cleantech Innovate London 2016 will also be produced in partnership with the Swiss Federal Office of Energy.