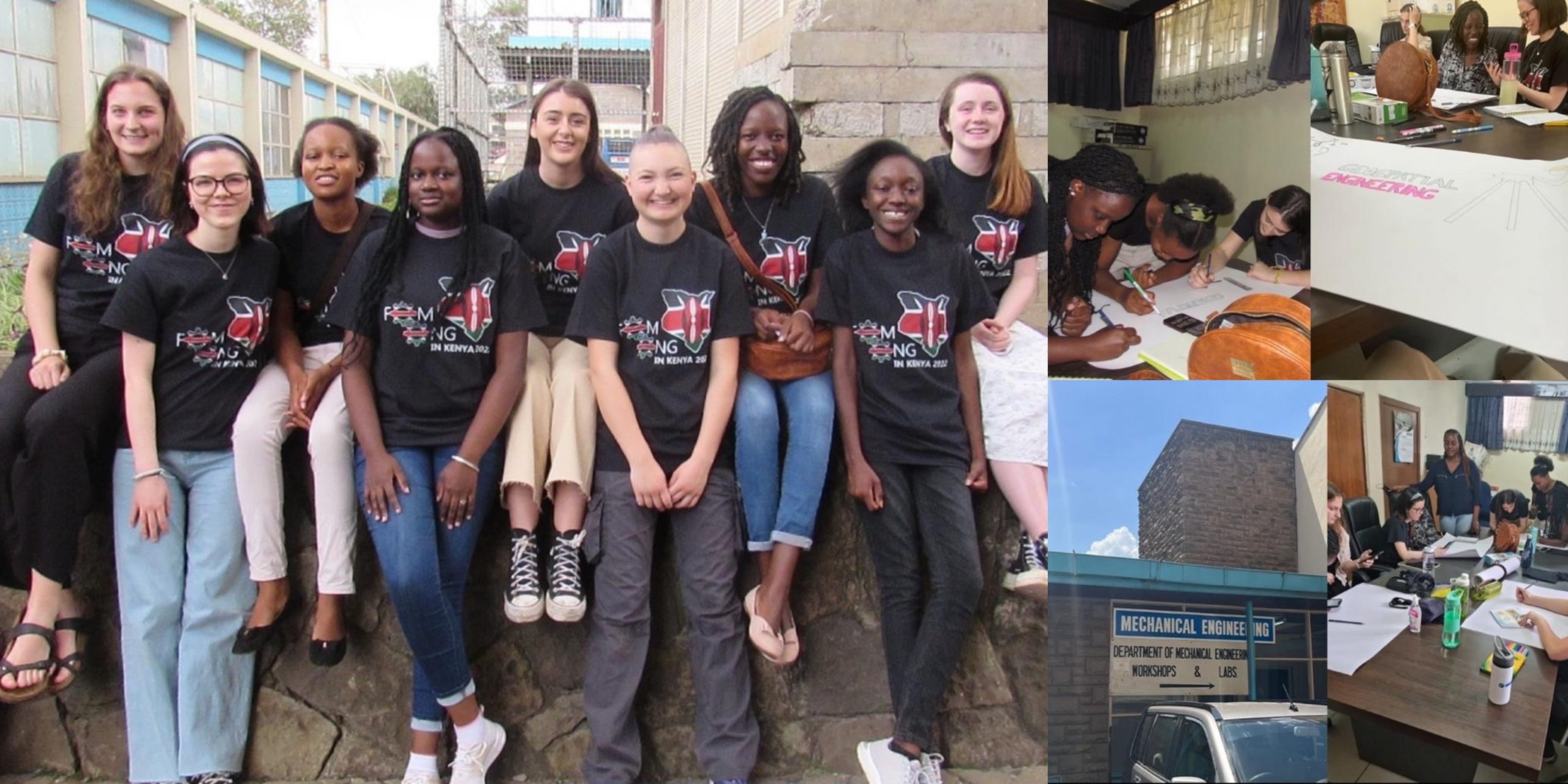 2022 will be the sixth year running that Star has sponsored FemEng, a collaborative project, which brings together global female engineering students, so they can promote STEM careers to children.

This year’s 6-strong University of Glasgow team arrived safely in Nairobi last Wednesday. They will work with fifteen female engineering students at the University of Nairobi to brainstorm ways to inspire young people to take up engineering and other STEM subjects. The students will promote engineering to children through a series of workshops, exhibitions, and talks, so they can see what a STEM career involves and are encouraged to study STEM at higher education.

Star’s sponsorship of FemEng’s Kenyan project comes at a critical time for the STEM sector which is suffering from a lack of talented entrants, made worse by the global skills shortage, and which is underrepresented by minority groups and female applicants. The company has previously sponsored FemEng initiatives in Rwanda and Malawi and runs several programs aimed at inspiring female engineers to work in the Refrigeration, Air Conditioning and Heat Pump (RACHP) industry.

Star were celebrated for their role in promoting diversity at the RAC Cooling Awards in 2021 and received the Highly Commended Accolade for Diversity Impact, for the success of numerous programs to improve diversity in the industry.  Dr Andy Pearson, Group Managing Director for the Star Refrigeration group of companies, “We are committed to doing everything we can to encourage a more diverse workforce, and we see our sponsorship of FemEng as playing a vital part in achieving this goal”.

As one of the company’s core missions, the promotion of a more inclusive workforce is a critical field for Star Refrigeration. Dr Pearson said, “By encouraging women and minorities to enter STEM fields, more people are inspired to realise their potential and the industry benefits too – as employers can draw from a larger pool of the best talent.”

The Femeng’s  Rwandan project, which ran between 2016-2019 and reached over 6000 children, was recognised by the Scottish Parliament as an inspiring initiative. The scheme has also had a lasting impact – applications for STEM subjects at the University of Rwanda have increased by over 50% and the university’s recently formed FemEng society, ‘Future You’, continues to promote STEM careers in the UK. In 2020-2021, during the pandemic, a virtual FemEng project reached 350 children in Malawi despite the project being limited due to computer access within the South-East African nation.

Kaitlyn Rodger, project manager at FemEng  said, “We are really grateful for Star Refrigeration’s contribution, without them the project would not be able to go ahead. We look forward to reaching as many schools and children as possible during our time in Kenya and showing them that they can pursue a career in STEM.”

According to The FemEng in Kenya’s facebook feed the girls all got along really well and are looking forward to working together. The group spent the first two days getting to know the city and meeting the University of Nairobi’s team. They are currently creating workshop materials in preparation for Monday, when the official work will start.

The Glasgow team’s adventures in Nairobi can be followed at https://www.femengkenya.com/post/day-2-meeting-the-girls

To learn more about the project and FemEng’s work, visit http://gufemeng.weebly.com/