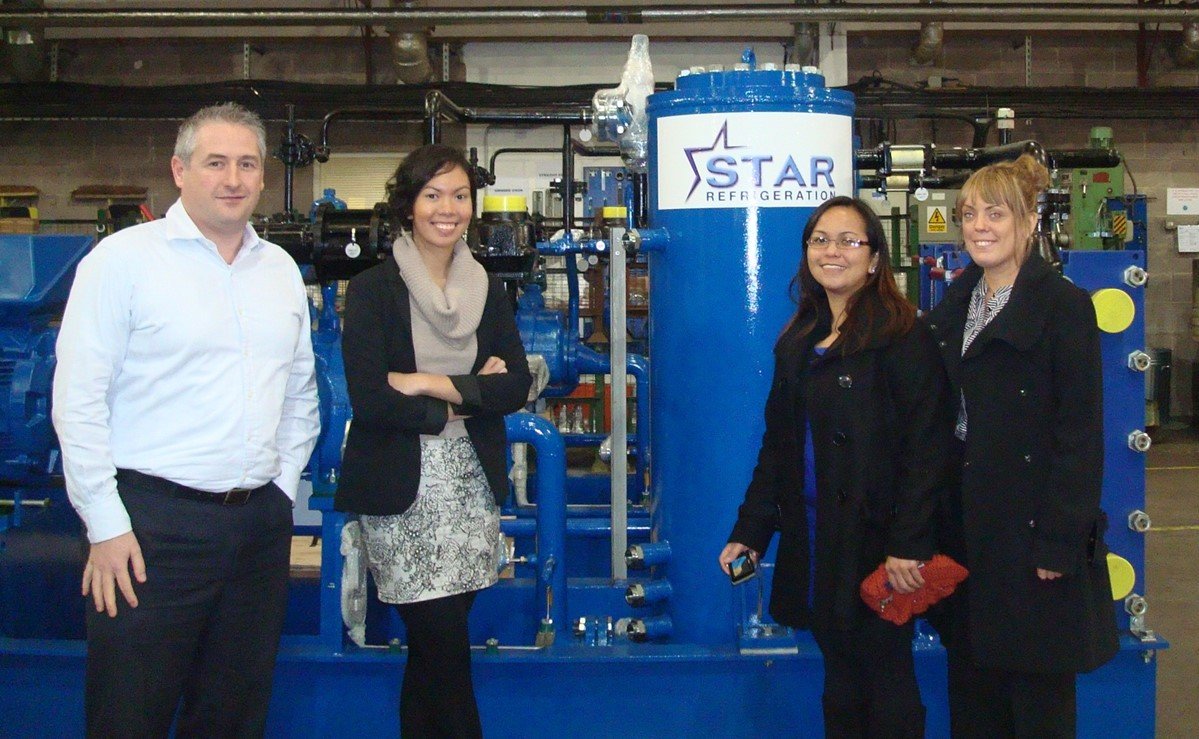 Star’s innovative renewable energy system for producing fresh drinking water has prompted a visit from Scottish Development International and a team of journalists from the Philippines.

Business Mirror journalist Estrella Torres was researching an article in support of the Philippines Government’s desire to focus on renewable energy.

Star’s NeatDesal solution was of particular interest, as it uses solar energy and waste heat from large district cooling systems to boil and desalinate seawater.

It is estimated that NeatDesal can produce fresh drinking water for only a fraction of the cost of a reverse osmosis system. A recent technical assessment undertaken at Heriot-Watt University’s Dubai campus cites a 40% cost saving per litre.

Star’s Director of Innovation Dave Pearson says, “We believe there is huge potential for this system in areas such as the Middle East. Around 60% of the electricity produced there is currently consumed by cooling plants, which they then throw away heat energy in amounts of 2.4 times greater than the electrical energy they consume.”

He adds: “NeatDesal captures waste heat from district cooling systems and then recycles it to produce fresh drinking water from seawater, at a much lower cost than other desalination techniques.”

NeatDesal is a low carbon, low maintenance system, which provides cooling and fresh drinking water in one simple packaged solution.