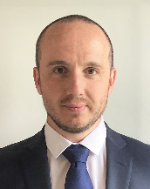 The resurgence of carbon dioxide

The use of carbon dioxide (CO2, R744) as a refrigerant has made a marked resurgence in recent years. In 2008, there were fewer than 150 transcritical installations across the whole of Europe. Just twelve years later this number sits at over 29,000. The majority of these installations are in commercial refrigeration applications, where the EU F-Gas Regulation (517/2014) has helped drive a shift away from the environmentally-damaging fluorinated refrigerants traditionally used in this sector (find out more about the F-Gas Regulation ). The F-Gas Regulation also applies for industrial refrigeration, however cooling on an industrial scale comes with its own set of considerations in relation to refrigerant choice.

Industrial refrigeration systems typically deliver larger cooling capacities and / or operate at more extreme temperatures than those encountered in other refrigeration disciplines. The refrigerant charges and power consumption associated with these systems can be significant, so refrigerant properties and system efficiency are of particular importance to operators.

When selecting refrigerants for industrial projects, key considerations include cost and availability (both now and in the future), as well as efficiency and safety. Operators need to be able to get hold of large volumes of the fluids that make their systems run and it is preferable that this can be done both easily and cheaply. Furthermore, the life span of industrial systems can often be twenty years or more, so it is important to choose a refrigerant that is very unlikely to be phased out. In the sections that follow, we’ll take a look at some of the refrigerant options available to operators of industrial refrigeration systems and consider the benefits that CO2 can offer.

For small cooling systems, synthetic (chemical) refrigerants can offer a low capital cost solution. For larger projects with larger charges however, questions around the long term viability of synthetic gases are unavoidable. The availability of traditional hydrofluorocarbon refrigerants (HFCs) continues to be reduced by the F-Gas Regulation and this is something that creates considerable uncertainty for operators of HFC systems. More recently, a new generation of synthetic Hydroflouroolefin (HFO) refrigerants has been introduced, which includes refrigerants such as R1234ze and R1234yf. These substances have the benefit of a low GWP but come with the challenge of flammability. They can be combined with HFCs to create blends that aren’t flammable, but the trade-off is typically an increase in the GWP of the mixture caused by the HFC portion.

The chart below helps visualise the impact of legislation on higher-GWP HFC refrigerants. It shows the cost per kilogram of a number of common refrigerants since the start of 2015, relative to the cost per kilogram of CO2 at the start of the same period. In addition, the chart plots the permitted availability of HFCs over time, as dictated by the F-Gas Regulation phase-down schedule (the grey dotted line).

From the chart, we see synthetic refrigerant prices generally rising as availability falls. We also see that the phase-down process is still at a relatively early stage. At the time of writing, HFC availability has been reduced by 37% compared to the 2009 – 2012 baseline, however additional phase-down steps mean that the total reduction will be more than double this (79%) by the year 2030. Industrial refrigeration systems often have large refrigerant charges and the commercial risk associated with leakage is therefore amplified in comparison to smaller systems with smaller charges. The phase-down steps shown in the chart will all occur within the lifetime of a typical industrial system installed today, thereby exposing operators of HFC systems to the combined risks of significant pricing volatility and limited availability.

By contrast, if we look at the data for the two naturally occurring refrigerants in the chart – CO2 and ammonia – we can see that costs remain both low and stable throughout.

Ammonia (NH3, R717) is one of the main refrigerants used in larger industrial applications. It has been in use since the 1800s and delivers highly efficient cooling through a combination of attractive thermal characteristics that includes high latent heat, high specific heat capacity, high thermal conductivity and low viscosity.

The Global Warming Potential (GWP) and Ozone Depletion Potential (ODP) of ammonia are both zero and it is therefore generally considered to be environmentally benign, albeit this doesn’t account for CO2 emissions generated during production. Ammonia is not subject to the F-Gas regulation and therefore represents an efficient, long term solution for operators.

The use of ammonia does come with certain challenges however. Most notably, it is toxic and corrosive, as well as flammable under certain conditions, resulting in a B2L safety classification. Safety compliance can therefore come at an extra cost, including, for example, compliance with the Dangerous Substances and Explosive Atmospheres Regulations (DSEAR) 2002. Features such as scrubbers or dispersal tanks can help improve safety in the event of a refrigerant release and specialised low charge ammonia systems are available to minimise the primary refrigerant charge as far as possible. Nevertheless, the use of ammonia is not always suitable – for example in populous residential areas or for smaller systems where the cost of equipment and safety compliance can be prohibitive.

Like ammonia, CO2 is immune to the F-Gas Regulation. Unlike ammonia however, CO2 has an A1 safety classification, being classified as non-flammable with low toxicity. Indeed, CO2 will extinguish rather than propagate fire; as demonstrated by its popular use in fire extinguishers. From a chemical safety perspective, operators may therefore prefer to have CO2 rather than ammonia circulating on their site. CO2 can also be beneficial where leakage might otherwise lead to product or equipment spoilage, for example as an alternative to glycol in food storage applications or as an alternative to chilled water for data centre applications. Also unlike ammonia, CO2 is compatible with copper, allowing for the installation of more cost-effective piping networks. CO2 also operates at entirely positive pressures, reducing the risk of moisture and contaminants being drawn into the system (ammonia operates in a vacuum below -33oC).

The operating pressures associated with CO2 systems are higher than for many traditional refrigerants and the high side of transcritical systems is typically rated at around 120 Bar(g); similar to the pressure rating of a medium-duty garden pressure washer. Systems are designed with this in mind and the higher pressure parts of the system are restricted to the machine room and plant area. Benefits of the high pressures associated with CO2 include the use of much smaller pipe work and compressors, which can be an important consideration for customers looking to minimise the weight imposed on their building by refrigeration equipment and services. CO2 is also an excellent refrigerant for heat recovery and can be configured to provide free high grade heat to customers who have a use for e.g. hot water or space heating on site.

The 29,000 European installations mentioned earlier all relate to transcritical CO2 systems, that is to say, systems that operate both above and below the critical point of the refrigerant circulating inside of them. These systems are typically a single refrigeration package with one or more temperature levels that remove heat from the space being cooled and reject it directly to the ambient air outside. By rejecting heat to the external ambient, the critical point of CO2 (31oC) can be exceeded on warmer days and at such times, transcritical systems are designed to generate liquid from a supercritical fluid; a process that takes more energy than standard subcritical operation. In the mild UK climate however, the mean annual temperature is <10oC and systems operate in their most efficient mode (subcritically) for the vast majority of the year. The image below shows an example of a transcritical CO2 compressor package installed for a spiral freezing application near Glasgow.

CO2 isn’t always used transcritically however. Subcritical CO2 systems operate entirely below the critical point and avoid transcritical operation altogether. Subcritical CO2 systems offer the benefits of improved efficiency, greater simplicity, lower operating pressures and more cost-effective components however they must, of course, be kept below the critical point of 31oC. This typically involves rejecting heat to a secondary cooling circuit, rather than to ambient air.

An example of an industrial subcritical CO2 system is shown in the image below, installed at a large temperature-controlled storage facility near London. A subcritical CO2 system with low pressure receiver is used to provide cooling to a -25oC cold store, with the site also having a large glycol circuit that delivers cooling to multiple chill rooms at +2oC. Heat from the CO2 circuit is rejected to the glycol circuit, which is in turn cooled by a pair of low-charge ammonia chillers. This solution was selected as it offered a number of benefits to the operator, including:

· No requirement to pump low temperature glycol to the cold store

This is just one of many subcritical CO2 system architectures available and the optimal solution will depend on the specific application in question. Other configurations include pumped, direct expansion and volatile secondary systems.

The large capacities, long life spans and large quantities of refrigerant associated with industrial systems mean that refrigerant choice has a much greater impact than for smaller systems with smaller charges. When installed charges are high, the impact of legislation such as the F-Gas Regulation is amplified, creating uncertainty and exposure for operators. Furthermore, environmental legislation doesn’t tend to stand still and knowledge and legislation continue to evolve, as we have seen over the years with synthetic CFCs, HCFCs and now HFCs. As a natural substance, CO2 provides a distinct advantage in this regard.

CO2 can be used in a variety of system types. Transcritical systems can offer a cost-effective solution for small to medium sized projects, whereas for larger projects, the combination of subcritical CO2 in the low stage and ammonia in the high stage provides the ability to maximise energy efficiency and minimise energy bills. CO2 is an excellent refrigerant for heat recovery and can provide a very good source of high grade heat, thereby reducing or eliminating the need for gas boilers on site. As with all industrial systems, it is of key importance that CO2 equipment is correctly designed and manufactured to a standard that will withstand the rigours of an industrial setting.

When it comes to industrial refrigeration, there is no “one size fits all” approach and every application will have its own optimal solution. We have seen however that CO2 can be both a valuable and versatile tool for those specifying industrial cooling systems.

Star Refrigeration has over 25 years of experience in designing, manufacturing and installing industrial CO2 systems, ranging from a few kW to more than 3 MW. Applications have varied from data centres to temperature-controlled warehouses and food production. If you would like more information on Star CO2 systems, please contact swebb@star-ref.co.uk