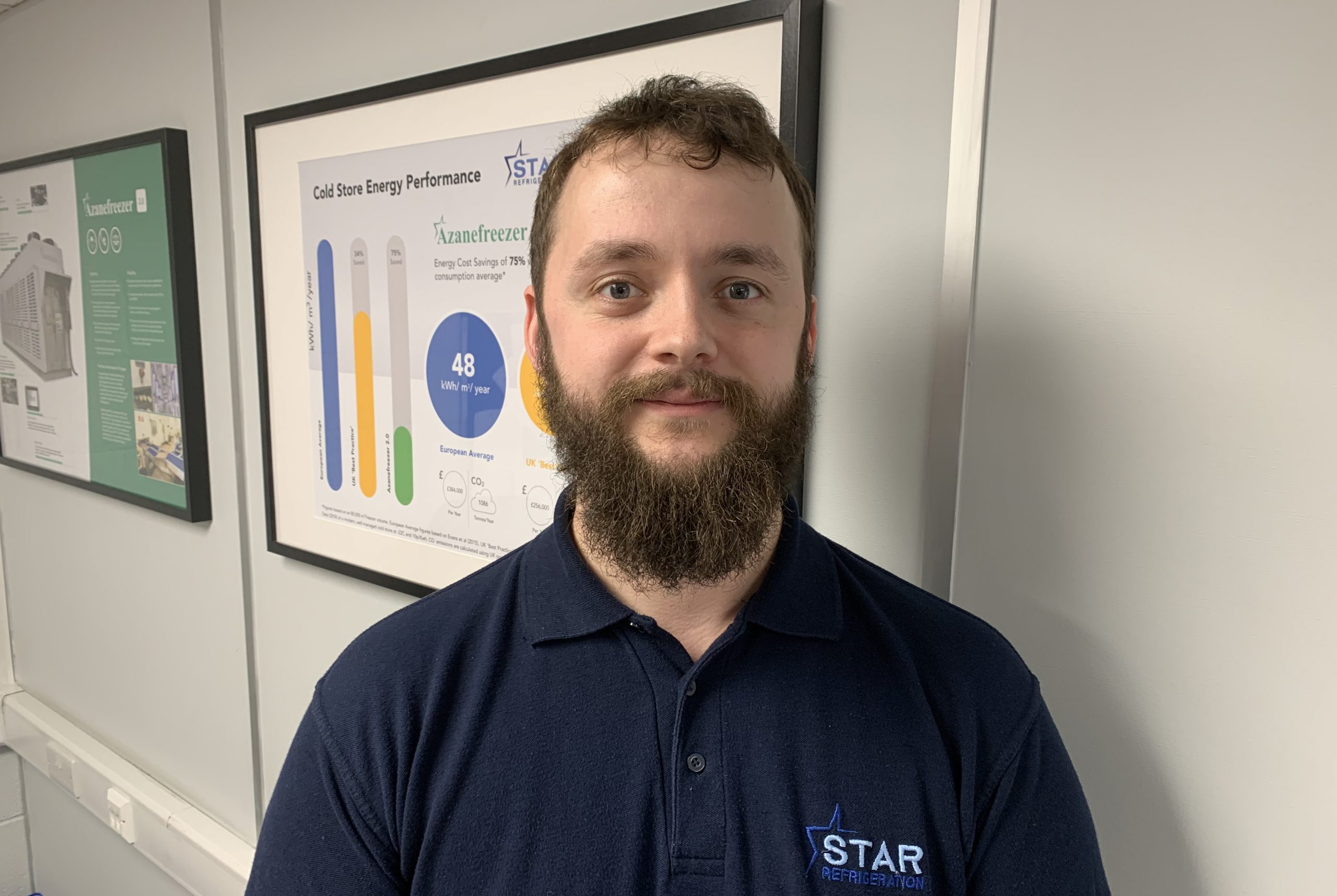 How F-Gas regulations affects business and what should be considered for the future.

Hydrofluorocarbon (HFC) gases, typically referred to as F-gases, are manmade chemicals developed for use as refrigerants in the HVACR industry. They have been widely used as replacement fluids for ozone depleting gases such as chlorofluorocarbons (CFCs) and hydrochlorofluorocarbons (HCFCs) as part of the phased-out programme under the Montreal protocol.

Although HFCs have no detrimental effect on the ozone layer they contribute towards global warming if released into the atmosphere. Legislation has been introduced at a national and international level in order to combat the effect of F-gases on climate change.

The European F-gas Regulation EC 842/2006 was implemented in 2006 and updated in 2014 (EC 517/2014). It was a landmark ruling that provides a clear path for manufacturers, installers, specifiers and operators of refrigeration, air conditioning and heating equipment to phase down the use of the most environmentally damaging refrigerants and introduce lower global warming potential (GWP) alternatives.

The regulation refers to carbon dioxide (CO2) equivalent as a measure of how much a gas contributes to global warming. This uses CO2 with GWP of 1 as the baseline fluid for comparison. To calculate the CO2 equivalent of a quantity of a refrigerant, the mass of gas is multiplied its global warming potential (GWP). For example, R404A (the widely used HFC refrigerant) has a GWP of 3922. This means that 1kg of R404A contributes the equivalent of 3922 kg of CO2 if released into the atmosphere. A table of commonly used refrigerants and their associate GWPs can be found in figure A. 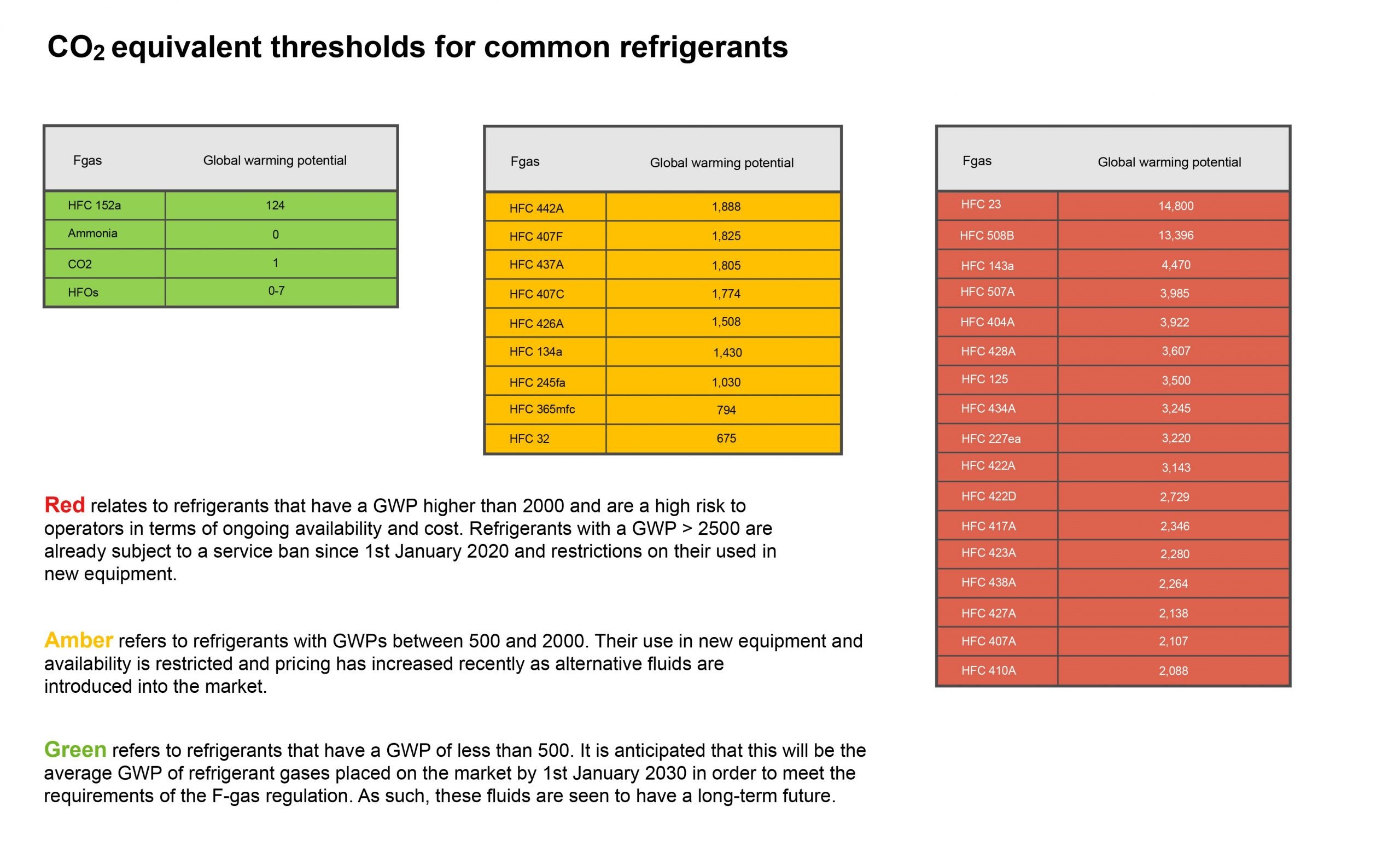 Fig.A Table of commonly used refrigerants and their associate GWPs

To mitigate the potential environmental impact of F-gases, limitations around their use were introduced in the 2006 F-gas Regulation. An update in 2014 added further measures to phase down fluorinated gases with high GWPs in order to achieve a total reduction in equivalent CO2 of 79% by 1st January 2030. This regulation included a ban on the use of newly manufactured HFCs with a GWP greater than 2500 from 1st January 2020 for servicing refrigeration equipment with a CO2 equivalent charge greater than 40 tonnes. This may appear to be a large figure but in the case of R404A, it relates to a system charge of just over 10kg. In practice terms it means that when there is a leak of refrigerant with a GWP higher than 2500 from a system, it will need to be replaced by reclaimed/recycled refrigerant of the same type or an alternative fluid. Whilst the purchase and use of reclaimed refrigerant is a viable short-term option, it should be noted that these stocks are finite. Therefore, this should only be viewed as a temporary solution until a more permanent solution can be implemented.

When assessing what to do with an existing F-gas refrigeration plant, it is often a requirement to retain the equipment and consider what options are available to allow for continued operation up to 2030 and beyond. One option is conversion of the refrigerant gas to a lower GWP alternative, examples of which can be found in figure B. 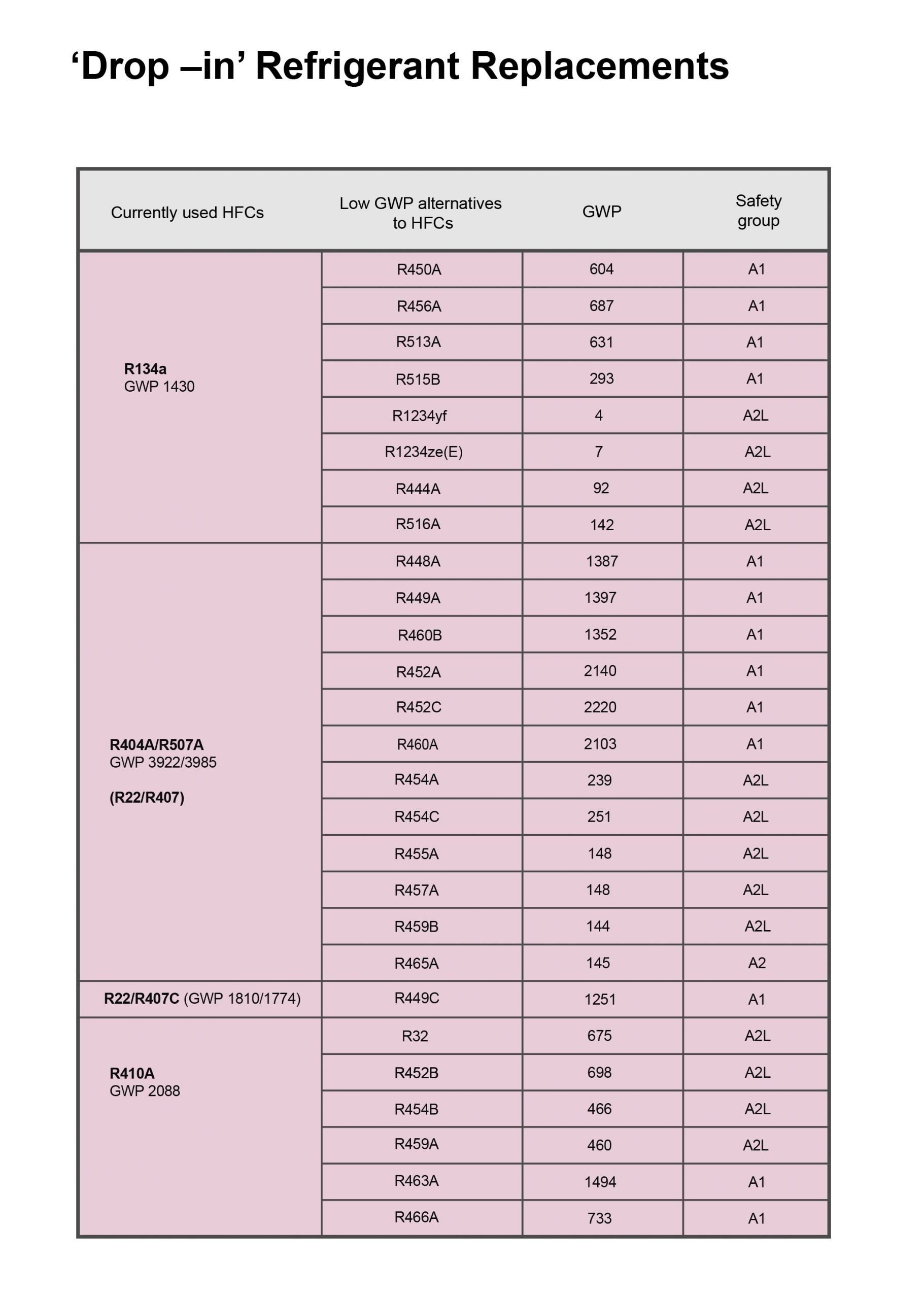 As part of any refrigerant conversion work it is important to consider the following:

The way of minimising a refrigerant’s contribution towards global warming is to utilise a natural fluid, such as ammonia or carbon dioxide (CO2). These low cost gases have been used for over a hundred years. Ammonia has a GWP of zero and CO2 has a GWP of one. Neither are subject to the F-gas Regulation and so purchasing of any natural refrigerant equipment can be seen as a long-term investment.

Our experience with converting refrigeration systems from a high to a low GWP fluid stretches back to before the F-gas Regulation was first introduced. Large numbers of conversions from fluids such as R12, R502 and R22 were carried out during the phase out of ozone depleting substances under the Montreal Protocol. Star have performed numerous refrigerant conversions across the country and on a wide-range of equipment, from small single-evaporator condensing units to multi-chamber systems containing tonnes of refrigerant. F-gas conversions are implemented in accordance with industry standards, including EN378. All works include a twelve-month warranty and are performed with minimal disruption to the site operation.

With the introduction of the F-gas Regulation, it has become necessary to monitor refrigeration equipment containing HFC for leakage, to limit the potential environmental impact caused by a release into the atmosphere. The regulation is a positive step in terms of ever-growing environmental awareness but also bring additional responsibilities on end users and contractors who are tasked with ensuring conformance to the regulation. It is hoped that the information provided in this article provides refrigeration plant owners and operators with a greater understanding of how the F-gas Regulation affects their business and what should be considered for the future.

If you require guidance or assistance with any of the topics discussed above, we would be pleased to offer further information and support at hbedford@star-ref.co.uk.