Aging gracefully is never easy, unless you are a good Scottish single malt.  So, we’ll settle for gracefully-ish. With a remarkably ripened appearance, scoured painted components and the original controls systems mounted on slightly aged metal and wooden panels with gauges and cut-outs, Star Refrigeration’s oldest cooling plant might seem a relic from another era to the untrained eye, but the proud owners will tell you a different story.

A leading supplier of some of the finest seafood caught right on its doorstep, Associated Seafoods has been in business since 1913. Experiencing steady growth over the years, the company now owns a specialist group of seafood companies comprising Moray Seafoods, Lossie Seafoods and GlenIsla Shellfish. The company is internationally recognised for the premium quality of their langoustines, prawns, crabs, scallops, shellfish, and the famous Scottish smoked salmon, The pride of Scotland.

In 1979, Star Refrigeration provided the company with two refrigeration packages for their cold storage and production facilities located on the Moray Firth coast of Scotland, in Buckie.

According to Wikipedia, ‘1979 (MCMLXXIX) was a common year starting on Monday of the Gregorian calendar’, but for Star Refrigeration, it marks an era as this represents the oldest operating plant in Star’s history. And to add a time perspective, here are a few things some of you might remember: Margaret Thatcher was elected prime minister, Sony introduced the ‘Sony Walkman’, YMCA was in the charts and Superman, the movie, had just been released.

Built to last, each package consists of a single compressor, LPR, four way valve with patented reverse cycle defrost technology, an evaporator and twin circuit condenser. This industrial system is true Star quality through and through. “It’s a great system, it still hits -25 in the cold store”, says Roddy McDonald, Associated Seafoods Maintenance Manager in charge of routine checks to the system.

“I’ve been here for around 27 years, and the system was already in place when I started. It is always running – 24/7. We worked out that it’s been running for 324,342hours non-stop. When we need to do maintenance work we shut one down and keep the other one running”, Roddy adds.

The systems initially ran on ozone-depleting R502. Although very common in the 1970s and 1980s, it is now illegal to use HCFCs, and the system has since been converted to non ozone-depleting and low global warming potential refrigerant.  Star Refrigeration was a precursor in the use of natural refrigerants since its inception in 1979, but “ammonia in those days wasn’t as common in food factories. Depending on the size of the plant, there was a break-over point on whether to use ammonia or not” , said Calum McKenzie, Regional Manager for Star Refrigeration’s service and maintenance branches in Aberdeen and Glasgow.

With such a long-standing relationship, the two companies have worked together effortlessly as they both grew substantially to become leaders in their respective markets. Calum McKenzie, said, “This is one of the first systems built using the  low pressure receiver. During defrost, refrigerant flow is reversed, with hot gas flowing to the evaporator where the latent head of condensation is used to melt ice formation. This process has now been proven to be an exceptionally efficient way of defrosting and it is used in the most modern and energy-efficient refrigeration systems today.”

Apart from replacing the cooling fluid with a drop-in refrigerant and replacing one of the evaporators, there have never been any major issues with the system or loss of cooling in almost 40 years.  Roddy McDonald confirmed that “it is basically the same plant, with all the original electrics, Star’s controls system and components. We have not even rewound the motor so it’s still working fairly efficiently”. Reliable refrigeration over the past 38 years have enabled Associated Seafoods to focus solely on what they are best at, allowing it to grow to employ over 150 people in their factory in Buckie alone.

The company has a lot resting on its shoulders. The reliability of the plant as well as good aftercare to ensure continuous smooth operation is critical to their business success. Associated Seafoods supplies to the UK’s leading premium food retailers and also ship their produce around the world.  Exporting to 23 countries, including the States, China and Dubai and with a turnover of £15 million per year, the company takes in around 40 tonnes a week of Scottish salmon and shellfish and has recently invested £3 million refurbishing its warehouse.

“We are hoping to expand in the near future and continue our relation with Star Refrigeration. For me, there’s never been anybody but Star to work with”, said Stuart Gibson, Operations Director of Associated Seafoods. 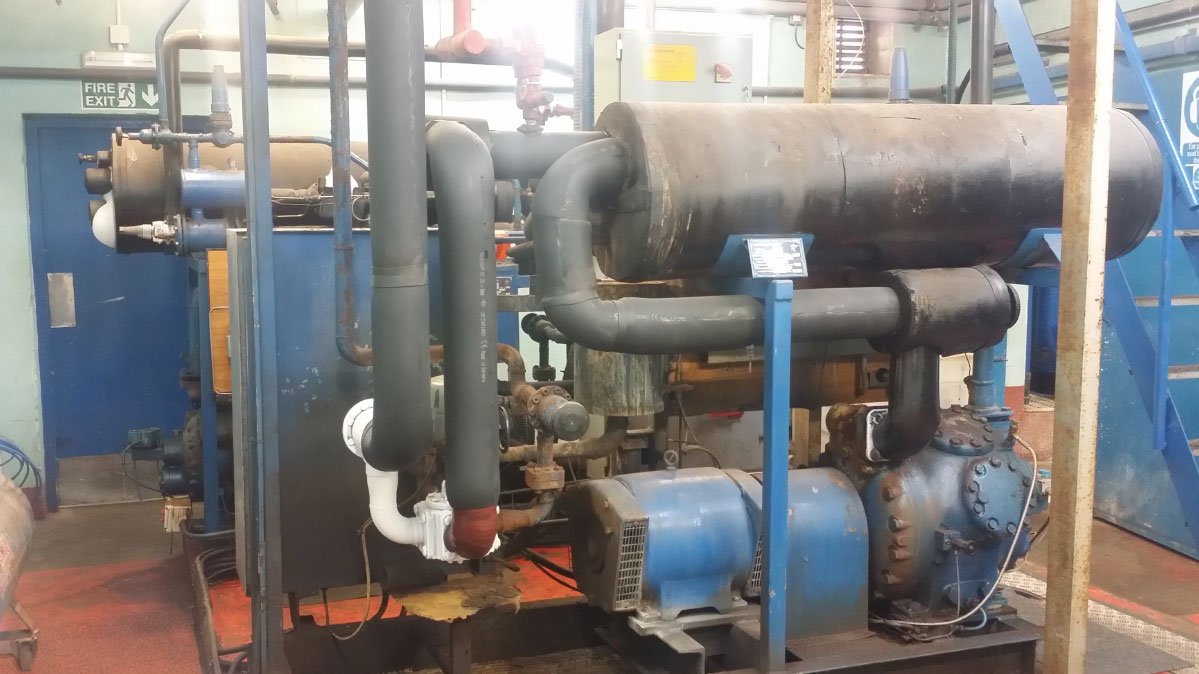