Prosper de Mulder has completed the installation of an environmentally friendly and highly efficient plate freezer system. The freezers are unusual as they use carbon dioxide as the refrigerant, replacing old plant which used R22. In this application CO² is an ideal choice because it has no ozone depleting potential and will not be subject to impending “F-Gas” regulations. It is also fundamentally non-toxic and therefore is suitable for a system where the freezers are in a labour-intensive production area. Using ammonia in plate freezers is also a risk to site personnel, which is eliminated by the selection of CO². However, the greatest advantage in the use of carbon dioxide is that it enables the plant to run at lower temperatures and lower power consumption than could be achieved with R22 or ammonia. This improvement in performance results partly from greatly improved heat transfer within the plates of the freezer and partly from the reduced pressure drop in the flexible hoses and suction line from the freezer. This means that freeze times have been significantly reduced – a core temperature of –18ºC is reached in the 75mm blocks of meat in 60 minutes, compared to the time of over 2 hours which would be required in the R22 or ammonia plants.

The plant comprises a low temperature carbon dioxide circuit of two screw compressors and a surge drum/pump set serving 16 plate freezers, each with 26 stations. The total capacity is 1000kW, capable of handling 185 tonnes of meat products per day. The high temperature circuit uses ammonia to condense the carbon dioxide, in two plate and shell heat exchangers. The ammonia system is also used to serve a cold store and some scraped surface heat exchangers, which provide a chilling option for the processing of the product. Heat is rejected from two evaporative condensers.

The main environmental benefit is the low energy consumption of this system in comparison with a more standard design. This has been achieved despite the temperature difference in the cascade heat exchanger through an integrated approach to the system design, including the use of high pressure liquid and waste heat recovery to provide hot gas for the plate freezer defrost cycle. This system means that it is not necessary to run the ammonia compressors at high head pressure in order to achieve a defrost. The nominal CoP of the freezer plant is 1.27 when running at –50ºC CO² plate evaporation and +32ºC ammonia condensation. The equivalent ammonia plant (2-stage) CoP would be 1.38, but because the CO² system can run with low head pressures in colder weather, whereas the ammonia system has to maintain head pressure to provide gas for defrosts, the CoP of the CO² plant can improve to 1.49, if the head pressure drops to 20ºC. The CO² plant configuration also allows the cold store and process load to be run from the ammonia plant; if a two stage ammonia plant was used for the freezers the additional loads would require their own plants, as the intermediate condition of the ammonia freezer plant would be too high for the cold store load.

These power figures have been verified by site logs – but because the freezer performance is significantly better than predicted it is possible to raise the suction pressure, so that the original design freeze time of 90 minutes is maintained. The plant has not yet been run in this mode, but it is clear that the performance will be substantially better than the ammonia plant.

One risk in entering this project was that this type of pressurised liquid defrost had not been applied to plate freezers before, However the defrosts have been quick and clean. The freezer is significantly safer than an ammonia one an less likely to rupture. A risk benefit in adopting CO² was the possibility to locate the defrost valves next to the freezers. There are two cranes traversing the freezer hall, so the common practice of raising the pipes to high level and putting the valves outside the room in the roof void was not possible.

In comparison to the size of compressor required to run ammonia at –40ºC the CO² compressors are significantly cheaper. By running CO² at –50ºC there are also fewer plate freezers in the hall, and with narrower plate profiles for CO² each freezer station contains two more stations than could be fitted into an ammonia station. The defrost system is rather more complex than for ammonia, but this does not offset the savings made in the other areas. So, for this project the CO² system was cheaper to install and is also cheaper to run and maintain than an equivalent R22 or ammonia plant. An analysis of capital and operating costs for the CO² / NH3 cascade system assessed a 10-15% saving for the refrigeration plant and a 5% saving in energy costs.

A cost benefit that was not realised until the plant was operational and the very fast freeze times proven, was that the clients brief, for 185 tonnes of frozen meat products per day, could have been comfortably met with four fewer plate freezers. However, as the system is designed for a future expansion of 50% more freezing capacity, the client will not be required to purchase more plate freezers to meet future growth in demand. In addition, the client presently has the ability to raise the CO² evaporating temperature and achieve significantly improved performance.

There are significant opportunities for CO² systems like this one, not only in plate freezers but in blast freezers, spiral freezers and tunnels too. The combination of CO² with the pumped liquid defrost system would allow these other freezers to gain the benefits of more efficient running in the same way as this plate freezer installation has.

Established in Glasgow in 1970, Star has over 250 employees nationwide and provides fast response 24-hour technical support from a network of nine branches to customers throughout the UK. 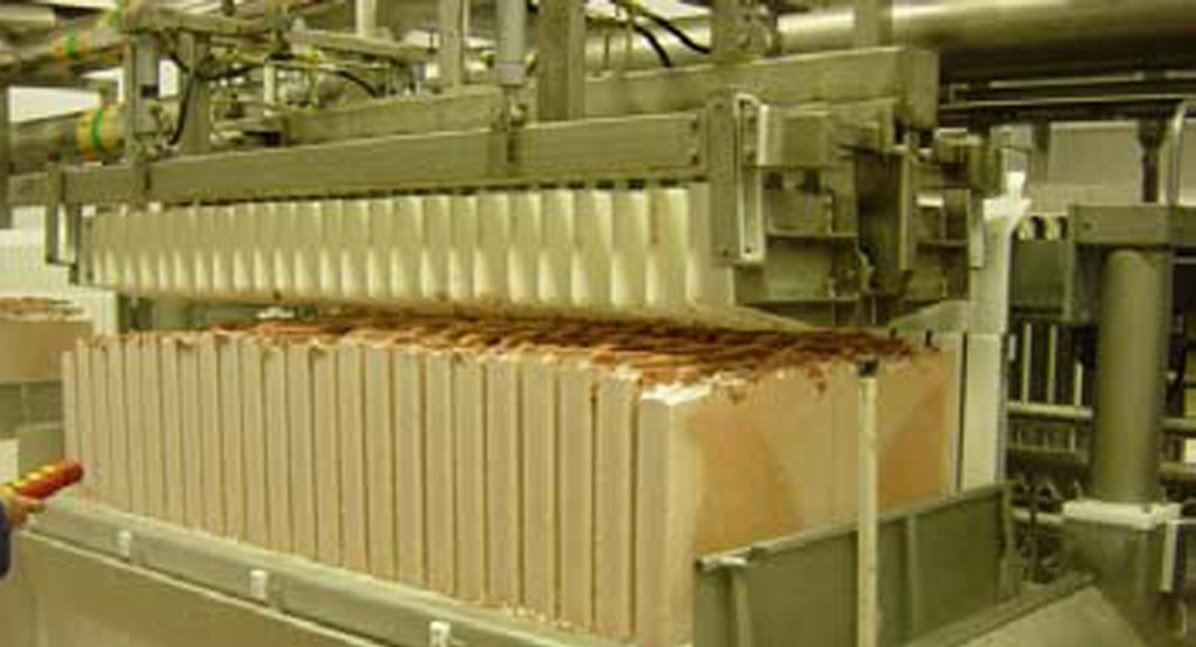