The Ice Factor, based at Kinlochleven in the West Highlands of Scotland opened on Saturday 27th December 2003. What makes this new climbing centre special is its ice-climbing wall, the largest indoor facility of its type in the world. With a 15m high ice wall, covering an area of approximately 800m2 The Ice Factor aims to provide the winter climbing enthusiast with all the experiences that they might find in the open, but without the 2 hour walk-in to find the right bit of ice. In a controlled and safe environment, beginners can cut their teeth and experts hone their technique.

The Ice Cave, as the low temperature area of the facility is called, includes features such as Pillar Ice, a Neve Wall, the Fall out Gully and The Ledge. The ice-climbing wall has been designed and installed by Star Refrigeration, in conjunction with Entre-Prises, a leading designer and installer of artificial climbing walls.

Jamie Smith, the MD, founder and majority shareholder of the Ice Factor first set his mind to the problem of how people could be taught winter climbing in a safe environment after witnessing a tragic accident whilst ice climbing in the Scottish Highlands.

Over 10 years and a casual chat with an MBA colleague later, Jamie has now launched this major leisure development which, within the first month of opening, had attracted virtually all the UK’s top 100 climbers through its doors.

Jamie first seriously considered the project in 1989 and he chose the site following a mountaineering trip above the Mamore Mountains. “I was descending into Kinlochleven on the Devil’s Staircase section of the West Highland Way and saw the building. It was formerly part of the aluminium smelter, but looked perfect for a climbing centre.”

A chance discussion after an MBA lecture with classmate Dave Pearson, who worked for Star Refrigeration, revealed that Dave’s father is Professor Forbes Pearson, a world-renowned expert on refrigeration engineering. Jamie then met with the design team at Star Refrigeration and that laid the foundations for how real ice and snow could be created in a controlled environment.

Simulating what nature provides is actually extremely difficult. A process of repeat “freeze/thaw” achieves the best climbing conditions on the ice wall. This process is bolstered by the surface of the rock being frozen and water/snow freezing hard on the surface. Recreating this process takes a number of separate steps.

Under the floor of the ice room is around 15m of concrete to hold the massive weight of the ice. The floor also carries a heat membrane to prevent the ice breaking into the foundations of the building. The entire room is insulated with a single piece panel, essentially building a gigantic fridge.

The room is laid out in a steel frame to support the weight/loads of the climbing walls. The steel frame then has rebar (as for motorway construction) overlaid. This is shaped to form the arretes, edges, gully features etc. A maze of coolant pipes is laid behind the rebar. This piping carries the industrial glycol coolant, which allows the operator to cool the room rapidly. It can bring the temperature down to -10ºC.

Concrete is sprayed over the top of the pipes/rebar. This gives additional strength and provides an excellent surface to which the ice can adhere. The industrial coolants and fans provide the temperature flexibility to create “real” ice/snow/frozen turf/neve.

For the room cooling system, Star Refrigeration designed and supplied a skid mounted condensing unit, providing 38 kW of cooling capacity and operating on R404A refrigerant. The refrigerant is fed to a DX air cooler mounted in The Ice Cave. Both units reject heat to atmosphere via air-cooled condensers.

“Other companies had tried wood or artificial walls for ice climbing,” said Jamie. “No solution was ideal, but on a snowboarding trip to Vermont I saw roadside, low level ice climbs to an extremely high standard. People were having all the fun of ice climbing without the imminent danger of death the Scottish scene is associated with – and that’s what I wanted to develop.”

“It is safe to say that without Star Refrigeration, the Ice Factor would have never happened – they possess not only an incredible skill set for all things to do with refrigeration, but an overt passion for problem solving.”

“Those two skills of knowledge and passion have ensured that we’ve built the world’s biggest indoor ice wall, in Scotland, with Scottish technology – wonderful!”

Star is recognised as the leading UK authority in the field of refrigeration for ice and leisure applications, having designed and installed more than 70% of the UK’s ice rinks in the past 30 years. In addition, it has designed and built the iceberg attraction at the Dynamic Earth centre in Edinburgh, the Deep Exhibition attraction in Hull and the ice effects for Aston Martin at the 2002 Motor Show in the NEC, Birmingham.

Star and Entre-Prises had designed and installed ice-climbing walls for Tiso Outdoor Equipment in Glasgow and for Bever, a Dutch retailer of outdoor and climbing equipment, based in Den Haag, before carrying out the Ice Factor project. This project is different from the previous ones in scale and the levels of complexity that it offers those climbing on it.

Established in Glasgow in 1970, Star has over 250 employees nationwide and provides fast response 24-hour technical support from a network of nine branches to customers throughout the UK. 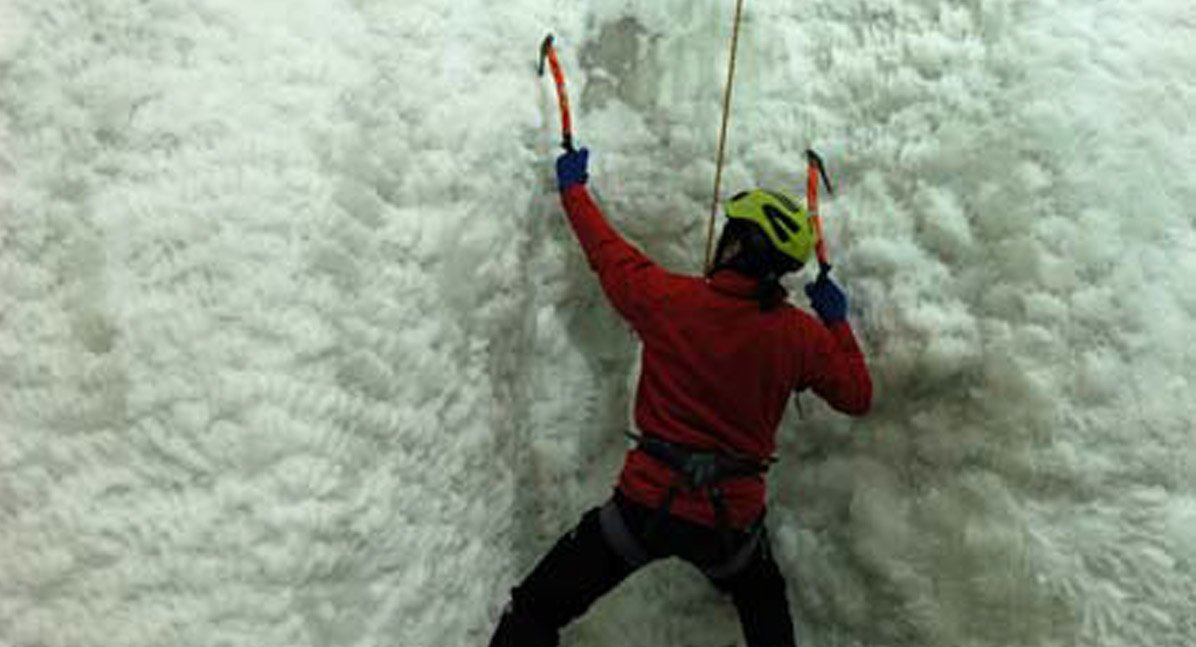