Star Refrigeration has completed the installation of an energy-saving futureproof low charge ammonia refrigeration system for Gist, at its chilled distribution facility in Hemel Hempstead.

The food and drink logistics specialist was looking to replace multiple aging HFC refrigeration systems serving two large chill stores and associated loading bay. It was vital that the new system operated on a futureproof natural refrigerant, with the ability to run efficiently in ambient temperatures of up to +40°C during warmer summer months.

The existing cooling systems comprised 11 separate plants serving a total of 14 evaporators all operating on R422D, an R22 replacement refrigerant now being phased out under F-Gas Regulations. It was critical that all chilled areas remained fully operational 24/7 throughout the project, with no loss of cooling. 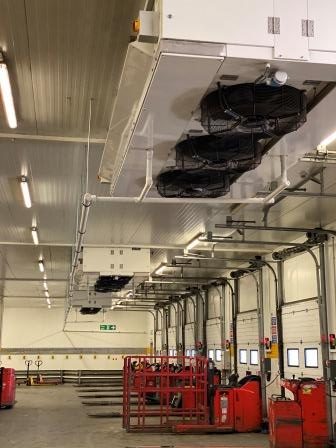 The Azanechiller 2.0 has now been fully operational for a year and readings from the plant indicate a decrease in energy consumption of 42% in comparison with the previous year. This equates to energy savings of £130,000 per annum at the chilled distribution facility. A recently completed facility for the same customer also using Azanechiller 2.0 technology requires only 8% of the average European energy consumption for a warehouse of the same volume.

Lionel Thripland, Head of Property at Gist says, ‘’Since the installation of the Azanechiller 2.0, we have seen a reduction of over 1 million kWh/y in our energy consumption at our Hemel site. This represents a significant improvement in operating costs.”

“Additionally, the building’s carbon emissions have been reduced by 300 tons per year, accelerating progress towards our net zero targets”

Star Refrigeration Regional Sales Manager Alex Henderson says: “Providing Gist with a highly efficient and resilient natural cooling system that would operate at ambient temperatures of up to +40°C was a key requirement. We were able to achieve this by designing a pair of Azanechillers with twin variable speed drive compressors and low fan power. In the event of a single compressor outage, the plant is designed such that it can provide a minimum of 75% cooling capacity at full load design conditions throughout both chill stores.”

The project was completed on schedule in May 2020 following an 11-week staged delivery programme, designed to ensure temperature continuity and 24/7 operation in the chill stores. Installation and commissioning of the Azanechillers, as well as decommissioning and disposal of the previous system, took place at the height of the COVID-19 lockdown. This coincided with one of the busiest food and drink retail periods, which included Mother’s Day and Easter.

Alex Henderson adds: “The nationwide COVID-19 lockdown presented us with an additional challenge, but our team was dedicated to completing the project on schedule. We were able to minimise the number of personnel on site during installation and ensured that all work was undertaken safely, according to government guidelines.

Star’s new system for Gist comprises two Azanechillers 2.0, each with a 621kW cooling capacity, waste heat recovery and warm glycol defrost. The low charge ammonia refrigeration system is designed to provide cooling at +2°C to two large chill chambers and loading bays, in ambient temperatures of up to +40°C.

Star’s Azanechiller 2.0 is a packaged ‘plug and play’ refrigeration plant with a robust industrial construction and a predicted lifespan of over 20 years. An exterior roof level gantry with steel framework was constructed to house the system alongside the Gist facility. 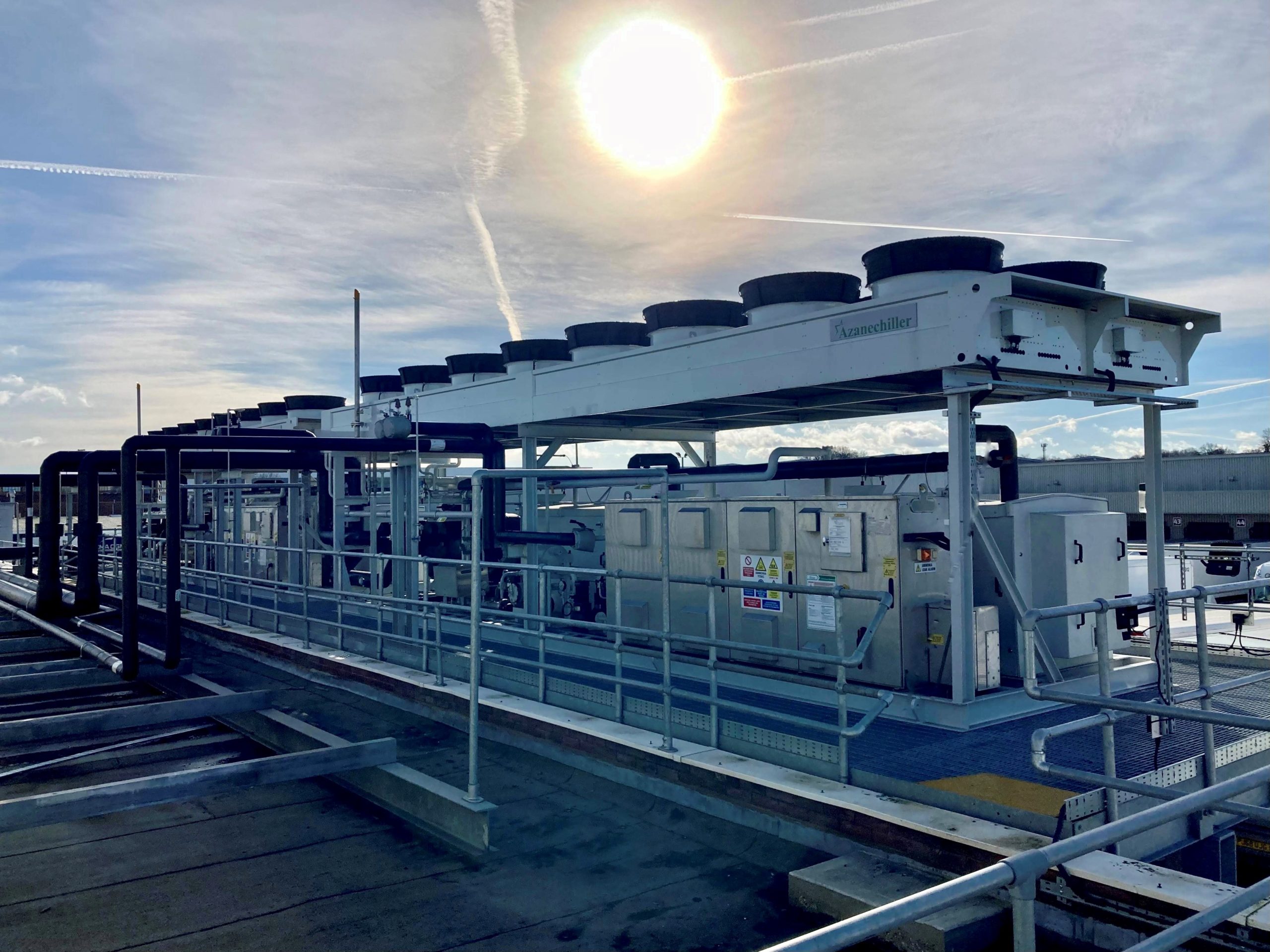