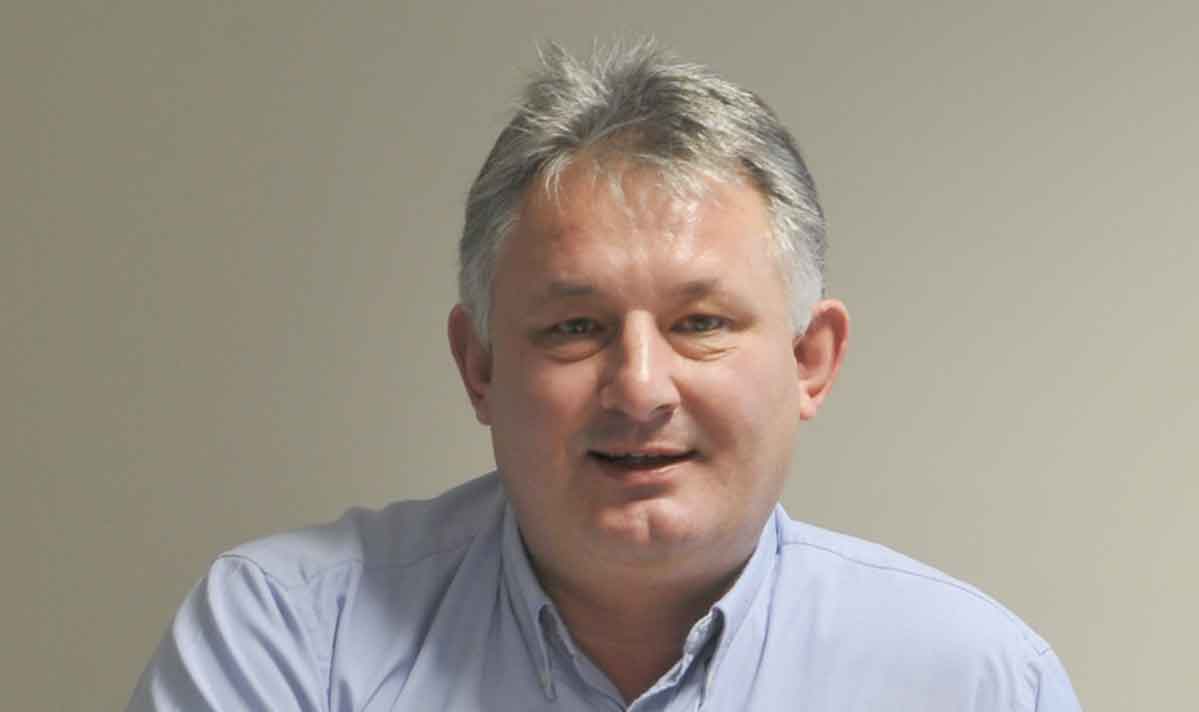 "My role as a consultant engineer has allowed me to travel the world…Since joining Star Technical Solutions I have had the privilege of working in Barbados, Mauritius, Kenya and the USA."

Pat Stacey has spent his working career in industrial refrigeration, joining Star Refrigeration in 1984. Starting as an apprentice, Pat went onto win the ‘Apprentice of the Year’ Award from Basford Hall College.

Having worked through various roles in the company’s Operations business, Pat latterly became manager of its Derby branch. In 2008, he joined Star’s Consultancy arm, Star Technical Solutions (STS), as a consultant, where his wide ranging practical experience has been applied in a variety of ways. Pat is also listed as an external trainer at New College in Nottingham and has taught students on a part-time basis up to HNC level.

How did you start working at Star Refrigeration?

I left school in the middle of a very deep recession.  I decided to embark on a Youth Training Scheme (YTS..  I learnt many different skills, including gas welding, fitting, machining, electrics / electronics and many more.  Nine months into the scheme, I was approached by one of the lecturers who asked if I would like to attend an interview at a local engineering company, which didn’t need too much thought input.  The lecturer told me to take a selection of equipment that I had made, so I turned up at Star Refrigeration Derby with a big plastic bin liner full of gadgets I had made, like 6 / 12 volt battery chargers, a gas welded sectional pipe bridge mounted on a pressed steel frame and many other items.  I proudly presented these to the Branch Manager – Mr Tom Wood. He turned out to be the guy responsible for the ‘Tommy’ valve, which is the pump out valve at the charging port of an LPR.  Mr Wood asked me questions on latent and sensible heat, which luckily I knew the answers to and low and behold, I gained employment at Star Refrigeration Ltd. On the fourth of July 1984 I walked through the shutter doors-  I never would have guessed that I would still be here nearly 36 years later!

What attracted you to the refrigeration industry and  to Star in particular?

Like everyone else I know in this fantastic industry, I fell into it quite by accident.

Haha, very old school.  I enrolled on a day release course at Basford Hall College in Nottingham.  The other four days were spent working initially in the workshop working with Pete, who taught me how to pipe weld – TIG and MMA as well as make gauge boards, pipe up the gauges and instrumentation with ¼ stainless steel tubing, build the unit base frames and you name it, everything else as well. I was in the workshop for a year before progressing towards refrigeration and not welding/fitting, which I will always be eternally grateful for. I moved away from the workshop environment and became site based, working with the Derby contracting team. I was still at college, but working out of a suitcase for the remainder of the week. I was officially on contracts for 1.5 years before moving to service work. I can honestly say that I loved my time in the service team, so much so that I stayed there. Fault-finding/rectification was my new found forte.

Did you do any further studying after your initial apprenticeship/qualification? What further qualifications did you gain?

I initially undertook City & Guilds 1 and 2 in refrigeration and A/C, but decided to stay on and do level 3, which was classified as the technician qualification. In or around the year 2000, I decided to go back to college to sit the HNC course in Refrigeration, A/C and Building Services, which was undeniably the best thing I have ever done.

I became a service engineer, working all over the midlands and down south too, as the London branch was not in existence in those days.

How did you progress to your current role? Has this particular career progression been a long term goal?

I progressed to senior engineer and then Service Supervisor. I spent a few years in that role until Star were looking to fill the position of Service Manager. Luckily for me, Star put their trust in me and I became Service Manager of the Derby Branch. I was fortunate enough to be mentored by one of Star’s Branch Managers, who took me under his wing, I became his understudy, and when he later retired I took the reins as Derby Branch Manager. I was in that role until 2007, when I joined Star’s Consultancy company, Star Technical Solutions (STS), – the best move of my entire career.

What do you specialize in now, or what kind of projects do you work on? How different is it to your previous role?

My role as a consultant engineer has allowed me to travel the world.  Before STS, I had the chance to travel and had visited Sri Lanka multiple times installing and making many modifications to a second-hand duplex Bitzer LPR screwpack that was used as a blast freezer to cool chickens. I had also worked in Malta, carrying out liquid control modifications on two Ex-Bejam LPR freezer sets.  Since joining STS I have had the privilege of working in Barbados, Mauritius, Kenya and the USA.

I enjoy the diversity.  One week I could be on site carrying out legal assessments, the next I could be somewhere the other side of the world training the local engineering team.

Winning the apprentice of the year award from Basford Hall College.  And being lucky enough to work with, and learn from,  some of the best in the business.  It has been an absolute pleasure.

How long have you been working at Star now? What do you like about working for Star?

I will celebrate 36 years this coming July the 4th.  As for what I like about Star, I enjoy working with very knowledgeable people.  I also think that the company is extremely well ran, and like the fact that at Star, people matter – they make a difference and are well looked after.

I am quite happy in my current role as a Consultant Engineer.  I have walked the path of progression; ultimately achieving what I believe is a lucrative position, and one that I’m extremely happy in.

The industry is ever changing, particularly concerning legislation.  The sheer number of different refrigerants available now amazes me, I find it mindboggling.  But ultimately, it is the people I have met, which includes some truly wonderful people, sadly though some are no longer with us, but they remain in my heart and will do forever. I do my best to assist wherever I can, that is why I work closely with the IOR, and I feel it is of benefit to me as well as others within the industry.

What advice would you give to young people who are just starting a similar career  path to yours?

Show willing, work hard and do not be afraid to seek out knowledgeable from every available source.  Befriending people and asking them for their help and advice isn’t a bad place to start.
Pat Stacey, Consultant Engineer STS