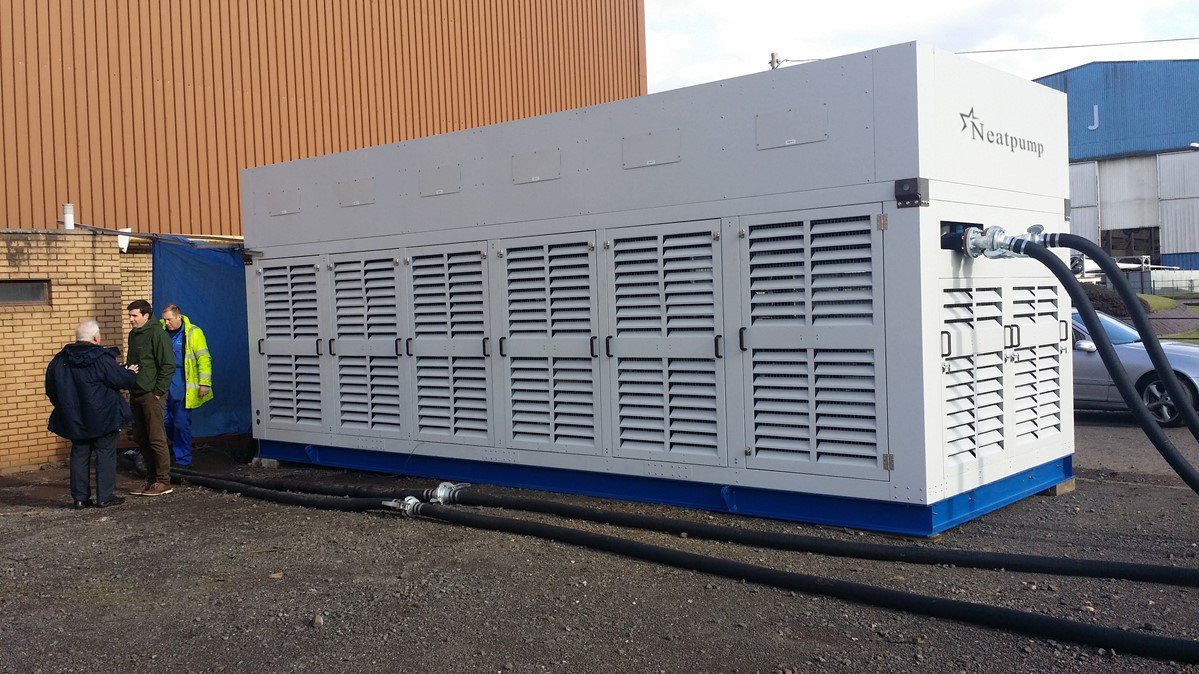 With less than a month until the annual All-Energy event, Star Renewable Energy has been confirmed for this year’s event and dubbed as the “most eye-catching of exhibits” by event organisers. The invitation follows the launch of its pioneering industrial air source heat pump, an innovation that emerged from the joint partnership of forward-thinking GHA, WSP Parsons Brinckerhoff, Scottish Gas and Star Refrigeration’s renewable arm.

Now in its 15th year, the annual All-Energy Exhibition and Conference is the UK’s largest renewable and sustainable energy event. In 2016 it will continue to celebrate game changing innovations, cutting edge technologies and transformative thought leaders. Star Renewable Energy will step up as key homegrown innovator, following the release of its groundbreaking Neatpump technology.

“Renewable technologies are the future, and exhibiting at an event such as All-Energy is an invaluable opportunity to promote the technology that brings a cleaner, more affordable and energy efficient future,” says Dave Pearson, Director of Star Renewable Energy.

Designed in conjunction with Glasgow Housing Association (GHA), WSP Parsons Brinckerhoff and Scottish Gas, the industrial scale 700kW low carbon district heating solution is 8 metres long and hits temperatures over 60°C. This pushes the boundaries of current heating solutions, and allows the air source heat pump to provide three units of heat for each unit of energy consumed. As the grid decarbonises, the carbon footprint of high temperature air source heat pump is reduced which represents an opportunity to effectively retrofit social housing buildings, new buildings and commercial property alike – all while simultaneously lowering expenditure and slashing carbon footprint by over 53%.

Air source heat pumps have, until now, been typically up to 60kW and used in single properties. Large scale heat pumps are able to provide even more benefits as the higher temperatures allow the continued use of existing water circuits and radiators. Their ability to use existing infrastructures and avoid costly new investment is shifting public opinion towards the use of big industrial heat pumps for residential buildings, with government support incentivising its use to help secure a low carbon energy future.

Mr Ewing said, “By creating a system that focuses on local energy, we can help tackle some of our most pressing issues, including fuel poverty, increasing costs and security of supply.”

Scotland still has a significant number of high rise housing in our towns and cities which are electrically heated or require upgrading.

David Park of Vital Energi, one of the UK’s leading district heating and cooling network providers, said, “Many of the housing stock is below the required standard to meet our Energy Efficiency Standard for Social Housing (EESSH), and in Scotland we still have over 900,000 households in fuel poverty, which, in a country as rich as Scotland is in technological expertise, is unacceptable.”

“Star’s new air source heat pump can convert tower blocks from electric systems to more efficient and affordable heating. Aside from the obvious advantages of reduced carbon and lower heating bills, fitting a wet system to a building future proofs the building for possible connection to a heat network in the coming years and enables a wider heat network to develop, further reducing carbon emissions and cost of heat to users.”

“Star have been a leader in promoting collaboration across the private and public sectors and raising the awareness of this technology and they should be commended for their commitment and initiative.”

As an official exhibitor, Star Renewable Energy will join a host of other names making radical advancements in the renewable industry. Alongside representatives from onshore/offshore wind, bio energy, wave/tidal, sustainable cities and energy efficiency pioneers, the Star team will introduce attendees to the next generation of eco-friendly heating.

“It’s an honour to showcase alongside some of the biggest names in the renewable industry, and we’re looking forward to launching our latest 700kW air source heat pump in the city that it was originally engineered for,” says Pearson.

“This compliments our other 90°C water source heat pumps, ensuring we have clean solutions for any location, in any city,” he adds.

All-Energy is the UK’s largest renewable energy event. It will take place on 4th & 5th May at the SECC in Glasgow.

To find out more about Star Renewable Energy and the landmark Neatpump technology, go to www.neatpumps.com.