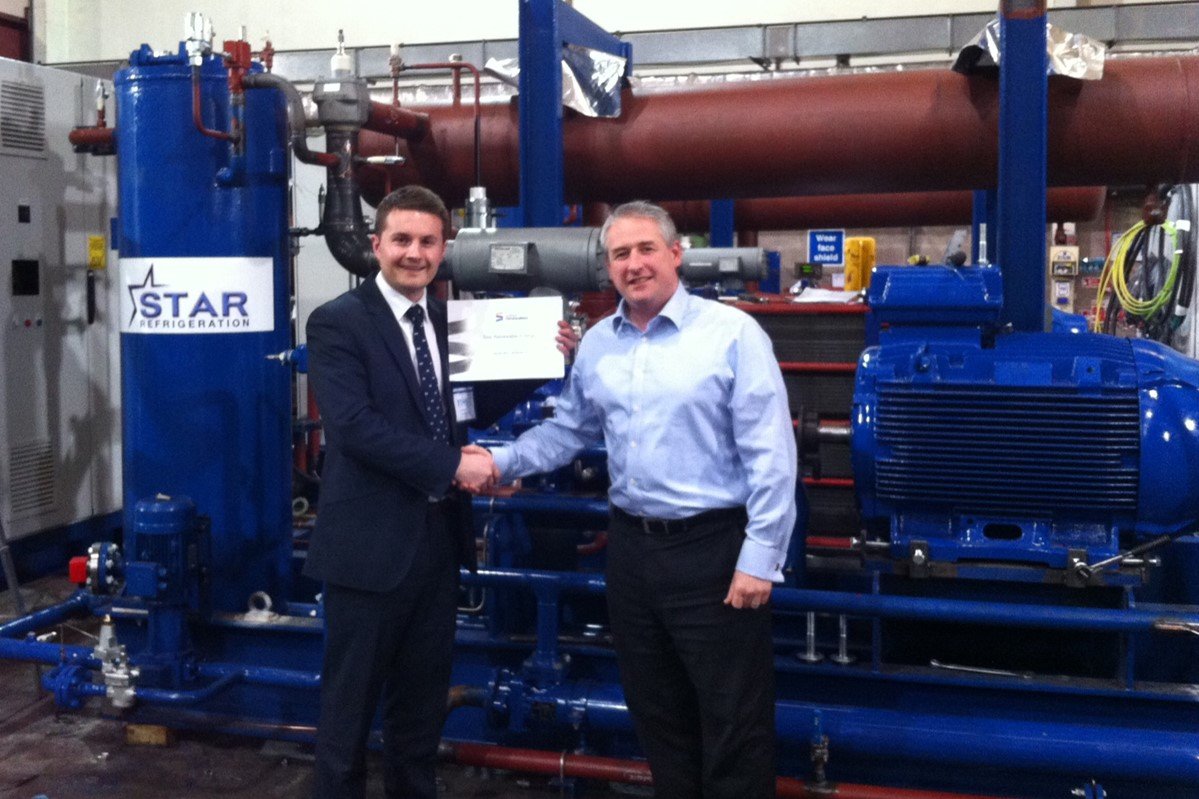 Star Refrigeration is renowned for cooling but for the last few years, the company has also been immersed in the renewable heating energy market, leading to the subsequent development of Star Renewable Energy. The company have successfully deployed industrial heat pump and district heating systems around Europe, bringing the total of heat delivered to over 30MW – which was all achieved using the same engineering expertise and equipment the company have used for environmental cooling for over 40 years.

Commenting on the membership, David Foster of Scottish Renewables said: “We are delighted to continue our work with Star. Every year, the renewables market in the UK widens dramatically to now include heat and specifically heat pumps, a clear indication that Star Renewable Energy is well placed to deliver into this emerging market. By coincidence, today was also the day that the Scottish Government released their ‘Towards Decarbonising Heat: Maximising the Opportunities for Scotland – Draft Heat Generation Policy Statement for Consultation’ document. Notably, Star’s project at Drammen is cited as a case study.”

The document refers to the world’s largest zero carbon 90°C district heat pump, which was designed and installed by Star Refrigeration. The industrial heating system takes cold water from the Fjord and boosts it to 90°C to provide heating for the Norwegian city of Drammen with a population of 62,000.

On the Scottish government report Dave Pearson said, “It shows Star Renewable Energy is on the right path with the focus on delivering ‘big heat’ from heatpumps. Drammen will reach a landmark later this year of 200GWh of heat produced. The value of this solution is undeniable as it produces heat for its owners at 20% of the cost of burning gas. We could deliver gigawatts of heat from local heat, e.g. rivers, for any major city in the UK with this solution – at lower cost, lower carbon and zero local emissions than burning gas. We would also require far less imports of fuel, thereby improving the national trade deficit.”

Scottish Renewables is dedicated to the growth of renewable energy in Scotland and focuses on a number of renewable industry sectors including Heating, Bioenergy and Onshore & Offshore Wind. The company aims to secure a greener and more promising future for Scotland, and presents a logical and united voice to top decision makers with the help of its members – including Mitsubishi, E.ON and The Carbon Trust – to achieve this.

To find out more about Star Renewable Energy, visit their website.