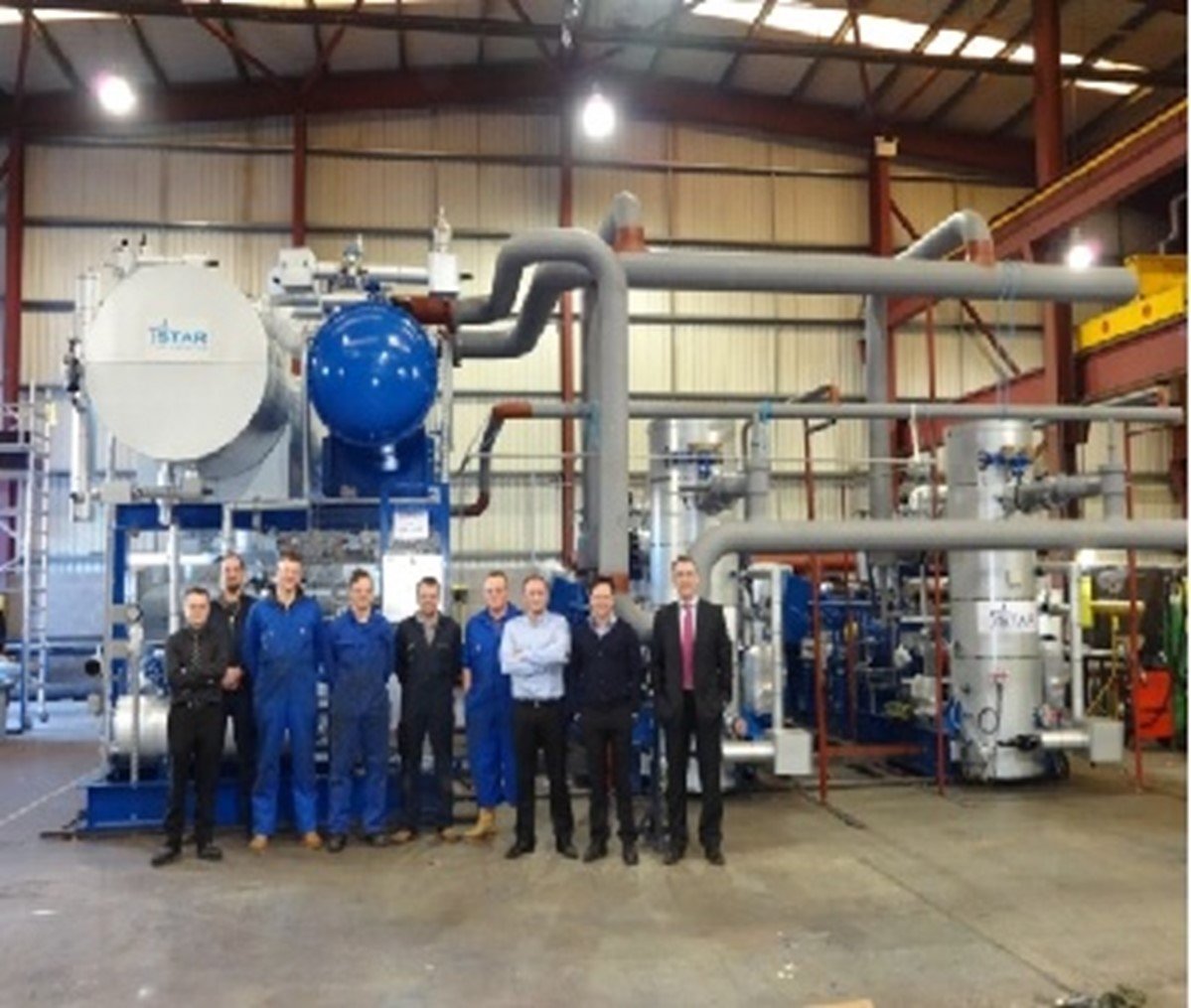 The world’s largest supplier of methyl methacrylate (MMA), Lucite International is set to continue to be the driving force behind the world’s best known branded acrylic products by investing in a bespoke, zero carbon ammonia refrigeration plant that will ensure their successful operation for the next 25 years.

The global leader in the design, development and manufacture of acrylic-based products, Lucite International replaced their old R22 plant at Cassel Works, their largest European site, with a more eco-friendly option.

The new refrigeration plant, design, manufactured and installed by industrial refrigeration contractor Star Refrigeration, was expected to future proof the business for the next quarter-century  and bring it in line with phase out of R22 systems.

Working closely with Lucite, Star’s engineers developed a bespoke industrial refrigeration system compliant with new R22 phase out regulations.  Additional requests from Lucite included increased plant reliability, equipment longevity and a plan that allowed the new cooling system to be designed, constructed and commissioned while the existing plant was still operational to avoid any loss of productivity.

Graham Wallace, Lucite’s Project Manager, said, “Lucite wanted to replace the R22 chiller and increase capacity. Star delivered an energy efficient system that ensures plant reliability and future proofs the business to meet our environmental and legislative needs over the next 25 years.”

“Other challenges including space restrictions on site were met by laying out the packages and carring out all inter-piping at their factory in order to replicate the site footprint. This gave us the confidence that the site installation would prove successful.”

“Finally, all match-marked parts were shipped separately and final connections were made once the packages were positioned on site.”

Alan Walkinshaw, Star’s Sales Manager – Process Industries, said, “Installing the new system without jeopardising the functionality of the old one did have its difficulties. However, the team is always up for a challenge and as usual, innovation and perseverance finally paid off and we came up with an effective solution.”

“Post project completion, the company stands to profit from three major benefits including greater productivity of present and future process needs, reduction of carbon footprint with the use of zero GWP and zero ozone depleting potential ammonia –boosting the company’s eco-credentials and enhanced plant reliability as well as increased operational efficiency through the use of variable loads.”