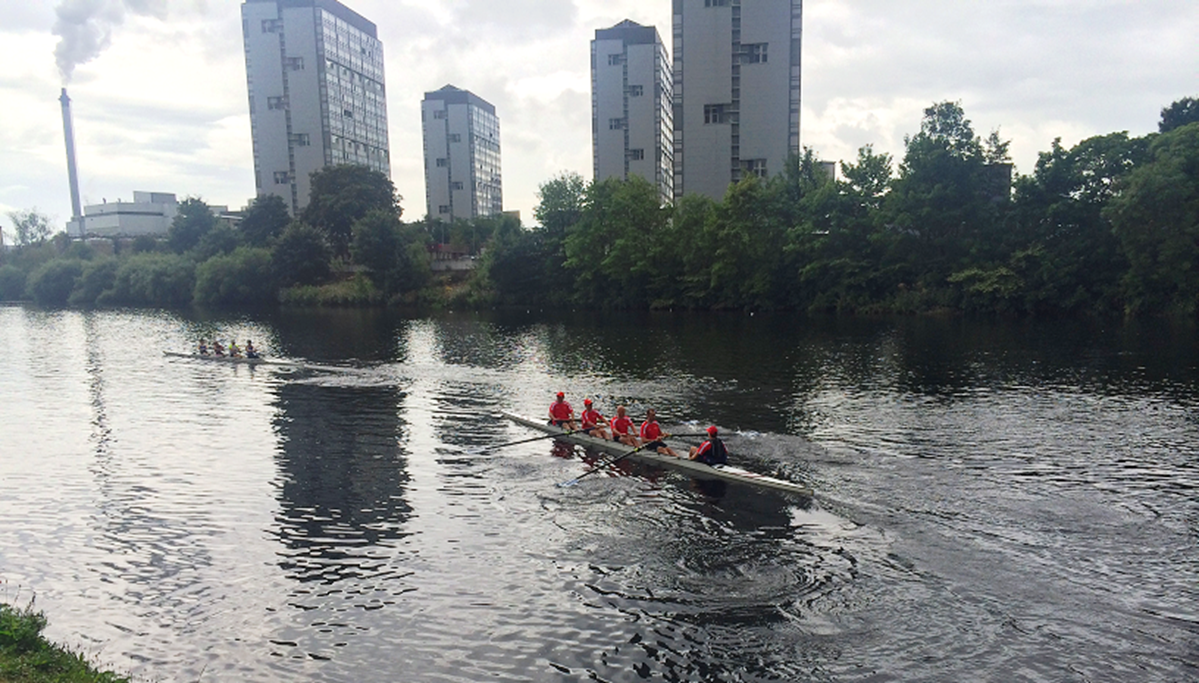 The Starlords won the “battle of the year” at the 2015 Clydesdale Corporate Regatta last Saturday by the River Clyde in Glasgow with a margin of nanoseconds.

With no clear favourites, The Starlords and The Mustard got off to a great start in what was seen as a fantastic display of strength and pride. Wrestling neck and neck for the whole race, Team Mustard flinched in the final seconds and the Starlords powered across the finish line in first place by a whisker!

After triumphing over their own colleagues, the Starlords also won the battle against strong competitors AFRC and Sgurr Energy, and rowed all the way to the Semi Finals. In the end, it was Andritz Hydro Hammerfest’s Kraken Rowers who finished in first place and took home the top prize! A great day was had by all as the sun was (mostly!) shining and spectators were treated to a BBQ lunch as well as some top sporting entertainment.

It was a great day for rowing with a fantastic atmosphere and a tremendous race crowd to support the teams and the superb cause of the event, which was to raise funding for Clydesdale’s well loved and well used boathouse.

Well done to all involved and a big thank you to all the Star team!

A video of the Star race can be viewed here.