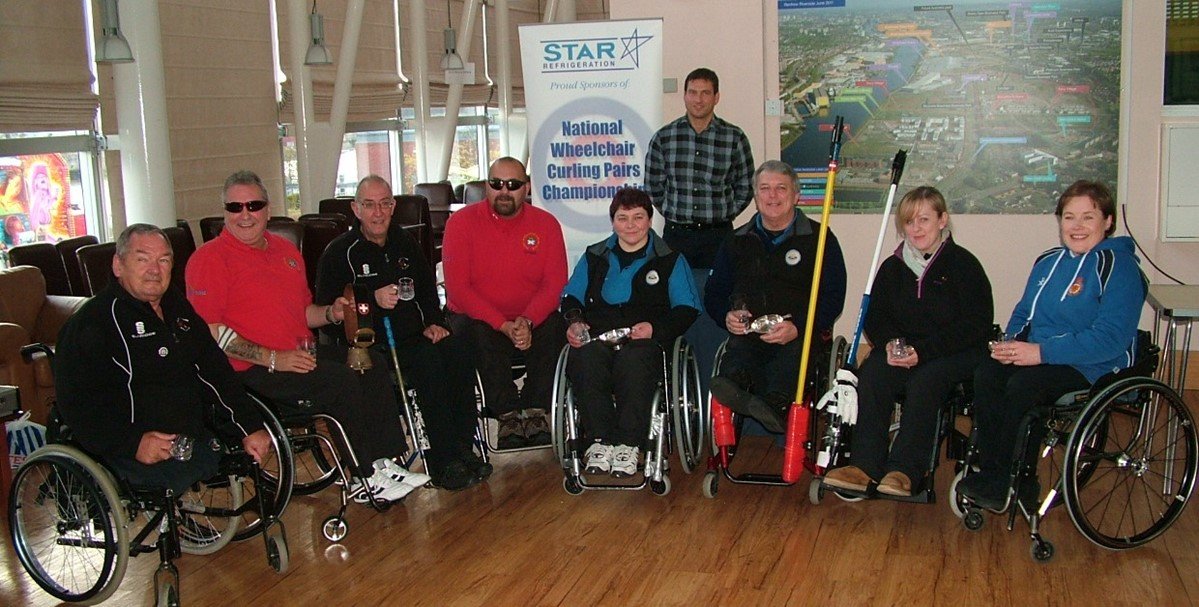 The competitors range from amateur curlers to certified Paralympians and the event brings in teams from all over Scotland, the country that the ice sport originated in. This year, there are 16 pairs taking part and there will be 24 matches during Saturday from 09:30 to 17:00. Successful competitors will qualify for Sunday’s “high road” and “low road” semi-finals, where there will be a further 12 determining matches before the finals begin at 13:15.

The 2013 Championship will be the first for SWCA’s recently appointed Chairperson, David Morgan, who said: “We are always delighted to have spectators and we would welcome anyone who wants to come along to the event.”

Star Refrigeration continues their sponsorship of the popular event for the sixth consecutive year. The Glasgow based industrial refrigeration company has established itself as the market leader in ice systems for the UK leisure industry, having previously completed projects for ice rinks in Aberdeen, Solihull and North Ashfield.

Alan Walkinshaw, Star’s Director of Sales – Processes, says: “Star is thrilled to sponsor this curling event as part of our commitment with the ice and leisure industry. We were delighted when the Scottish Wheelchair Curling Association (SWCA) accepted our sponsorship of their annual National Wheelchair Curling Pairs Championship – and even named the event after us!”

“The skill and camaraderie of the athletes competing at this weekend Championship is always an inspiration. I will be there for the competition and prizegiving as usual. I am looking forward to it, and wish all participants the best of luck.”

The event is free and open to all sporting fans. The draw can be found here.